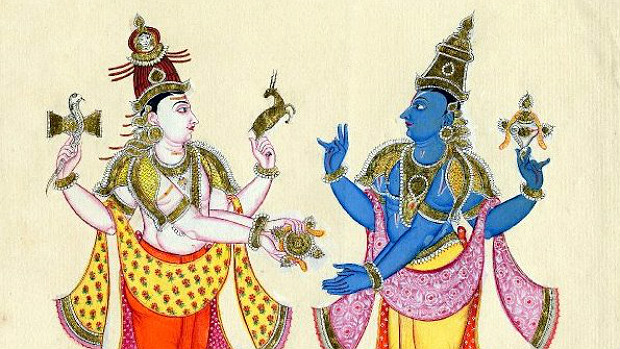 “We have TOO many Gods!” That’s how a friend, an Indian, once explained to me the size of the Hindu pantheon. On another occasion, he explained that the various incarnations of Vishnu have “TOO many hands!”

Over time, I was impressed that his intended meaning was not what I would mean by “too many.” But rather, he meant something like what I would mean by “so many” – a positive or neutral judgment of number, rather than a negative judgment. This impression was reinforced as he elaborated on the natures and lives of the many Gods, and pronounced with pride that, “we have TOO many Gods, and we all get along fine!”

Oh, you sly devil. You just want to kill the whole bunch of them. God is dead? The Pantheon is dead! Olympus just went up in a mushroom cloud … But I can hear the whispering of your resurrected God: “And the Lord went before them by day in a pillar of a cloud, to lead them the way; and by night in a pillar of fire, to give them light; to go by day and night.”