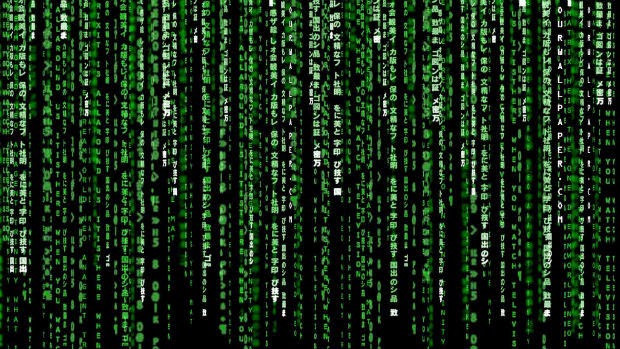 While at the recent symposium organized by the Sunstone Education Foundation in Salt Lake City, I attended a presentation by Blake Ostler. Blake was making an argument about spiritual experience, the details of which are not the subject of this post. During the presentation, he noted that one might appeal to what he called the “Matrix Argument” as a counter-point to a part of his argument. He continued, however, to suggest that no one really believes in the Matrix Argument, and so we need not take the counter-point seriously. To illustrate, he asked whether anyone in the room thought herself to be a brain in a vat. To his surprise, I raised my hand. Without any apparent intention of humor, he called me insane and told me to see a therapist. As an after-thought, he asked rhetorically whether I had brushed my teeth that morning, and concluded that a brain in a vat does not brush teeth. I smiled, considered a response, but remained silent as he proceeded with his presentation.

Does believing in the Simulation Hypothesis of the Simulation Argument make me insane? If to think contrary to common sense is to be insane then perhaps so. As the argument goes, either we’ll never use advanced computing power to run a significant number of detailed ancestor simulations, or we’re almost certainly living in such a simulation ourselves. Given current trends and conservatively high estimates of the complexity of human anatomy, before the end of this century we should have more than enough computing power to simulate all humans that have ever lived. Of course, trends could change, we might be dramatically underestimating the essential complexity of human anatomy, it may be that human consciousness cannot transfer into computing substrates, our civilization might destroy itself, or all of us may decide that running detailed ancestor simulations is a bad idea. However, for reasons beyond the scope of this post, I am optimistic that sooner or later we’ll get around to producing a significant number of detailed ancestor simulations, which would demonstrate that we almost certainly are living in a detailed ancestor simulation ourselves.

During the question and answer time at the end of Blake’s presentation, someone commented that persons such as Gnostics actually do believe themselves to be a brain in a vat, so to speak. Blake acknowledged this, but dismissed them, if I remember correctly, as incapable of acting pragmatically.

I disagree with Blake’s assessment. Unlike Gnostics, which look at this world as fake in contrast to a heavenly real world, persons that understand the logic of the Simulation Argument recognize that, once given a significant number of simulated worlds, all other worlds are also almost certainly simulated worlds, perhaps in infinite regression. In such a context, it makes little sense to describe our world as “fake”. To the contrary, whether simulated or not, our world is as real as “real” gets. Whether wearing glasses or not, we experience, and beyond that experience is only metaphysical conjecture with meaning only to the extent that our thoughts about the metaphysics result in practical differences in our real experience. We are most real, no matter the foundation of our anatomy, whether it be no deeper than the subatomic particles revealed by particle accelerators, or whether it be deep as eternity, worlds without end.

I feel quite capable of acting pragmatically. I suggest that my life illustrates such, and particularly the work we, here at the Mormon Transhumanist Association, are engaged in. Unlike so many whose faith moves them no further than wishful thinking, our faith moves us to action: practical faith in human exaltation.

By the way, the New York Times today published an article, “Our Lives, Controlled From Some Guy’s Couch”, about the Simulation Argument. It’s a good read.