A Mormon Perspective on California Proposition 8 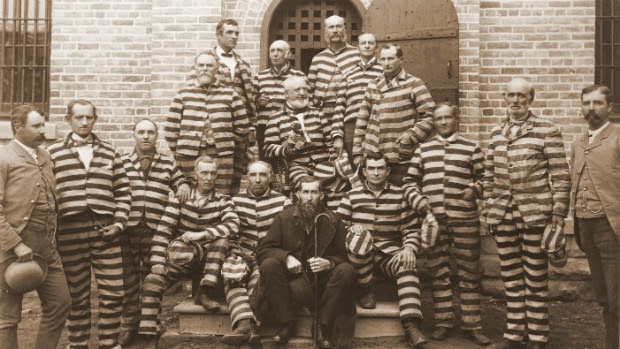 Californians will soon be voting on proposition 8, which would amend their state constitution to define “marriage” as being between one man and one woman, exclusively. The Church of Jesus Christ of Latter-day Saints, by far the largest Mormon denomination and the church of which I am a member, is perhaps the foremost proponent of the proposition. The Church has encouraged members to donate time and money to the cause.

From what I understand, members in California have been calling around and going door to door asking others to vote for the amendment. As documented by mormonsfor8.com members have also donated at least eight million dollars toward advertising in favor of the amendment; this represents nearly half of all money donated to the broader Protect Marriage campaign.

Mormons have always been unusually good at organizing and acting with common purpose, which is a community characteristic I have been proud to inherit. However, we are misdirecting our efforts in support of this legislation, for several reasons.

There are many other causes that are more worthy of our focused attention, time and money. We’re in the midst of a global economic crisis that threatens communities’ and families’ stability. Wars and genocides are wracking portions of the globe. Hunger, poor sanitation and disease are commonplace. Aging is killing us all. Yet none of these have received from us the focused attention that we are now giving to the definition of “marriage” in California.

Certainly over time we have done much good in the world, and will yet do more. We have fed the hungry and clothed the naked, and raised our voices for peace. Perhaps the day will come when we more generally recognize our ability expedite the eradication of many of the health problems faced by humanity. However, in my memory, nothing has ever incited so much fervor for so much extra effort over a short period of time than has this legislative question. I do not see a justification for it.

We should not encourage the government to engage in defining “marriage”. Over a century ago, we were the victims of our government’s forays into such matters. Our ancestors were put in prison, their property was confiscated, and their families were broken up because they practiced polygamy. One of my ancestors is George Q Cannon, who was in the First Presidency of the Church during the time of Brigham Young, John Taylor, Wilford Woodruff and Lorenzo Snow. I keep a photograph of him in prison for polygamy above my desks at home and at work. One of the reasons I do this is to remind me not to become the sort of person that put him in prison, that would make him a second-class (or last-class) citizen because of his different consensual sexual and marital practices.

In contrast to what we’re doing, we should be trying to keep government out of the business of defining marriage. Most of us claim not to want to remove any rights from homosexual partners, while protecting heterosexual partners from religious or cultural oppression. We can achieve that far-less-controversial protection through direct legislation without resorting to an attempt to create that protection indirectly through a highly-controversial constitutional amendment that may not even end up being interpreted to sustain the protections that actually concern most of us.

The rhetoric in defense of traditional marriage is often misleading or misinformed. What some of us are calling “traditional marriage” and claiming as the foundation of civilization is neither traditional nor foundational in the broadest sense. If there is a traditional form of marriage, it is arguably polygamy, which has been around far longer and has had far more influence on human communities and anatomies than has had monogamy. Anthropologists confirm that the human genome reflects tens of thousands of years of polygamy; in contrast, monogamy has had little influence on our genome. Moreover, real monogamy, where one man and one woman mate exclusively for their entire lifetimes, is not even practiced by the majority of humans living today. Given such context, it is inaccurate to claim that monogamy is the traditional and foundational form of human sexuality and marriage, even if you think it should be.

Moreover, so far as Mormonism is concerned, monogamy clearly has not been considered traditional in any way meriting special protection until maybe recently. The early Mormons, including Brigham Young and George Q Cannon, disparaged the “monogamic order” as a blight on our society, and even went so far as to claim it to be among the causes of the fall of the Roman civilization. Even contemporarily, Mormons continue to engage in marriage rituals that seal them for eternity to multiple spouses, so long as only one is alive at the time. For example, at least one of the living apostles of the Church is married to multiple women (only one living), according to the standards of the Church. To the extent that we claim or believe ourselves to be engaged in an honorable defense of traditional marriage, we are demonstrating a limited awareness or acknowledgement of the history of human sexuality and marriage, particularly within our own religious tradition.

The real problems in the domain of human sexuality and marriage are abuse, neglect, promiscuity and infidelity. These are the behaviors that harm individuals, families and communities as trust is betrayed and relationships are severed or turned hostile. The proposed amendment will do nothing, in itself, to counteract these problems, and may actually exacerbate them by emphasizing and thereby perpetuating the marginalization of minority forms of consensual and committed sexual and marital relations.

Some readers will be concerned that the perspective I have shared here opposes the policies of the Church. To the extent that marginalization of minority forms of consensual committed sexuality and marriage is a policy of the Church, I disagree with such a policy. That does NOT mean I don’t support the Church or its leaders. It means only that I may disagree with some of them on some matters at some times. I feel deeply that this is my moral responsibility, as confirmed by my best efforts both at reasoning through what I know of the situation and at seeking out, feeling and abiding by the inspiration of the holy spirit of God.

To read more from other Mormons that do not want to see Proposition 8 become law in California, visit MormonsForMarriage.com.