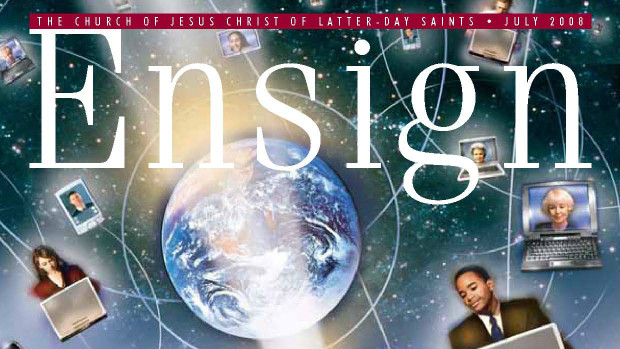 In celebration of the new year, here’s a look at the top five Mormon science and technology events from 2008. Happy new year!

Here are 18 Mormon web sites that focus on science or technology:

If you know of other Mormon websites that focus on science or technology, let me know. If you’re thinking of starting one yourself, tell me about it!

The technology division of the Church of Jesus Christ of Latter-day Saints has announced a program whose purpose is to publicly and formally celebrate the technical achievements of those who are sharing their skills with the Church. They want to ensure that those individuals who use their technical talents as a tremendous expression of their faith are acknowledged and encouraged. The winner of the 2008 LDS Tech Award was Brad Oldham for his exceptional volunteer effort in creating the “Return and Report” tool.

Elder Ballard, an Apostle of the LDS Church urged Mormons to use technological tools to further the work of God. The Ensign, an official magazine of the LDS Church, featured the article, “Sharing the Gospel Using the Internet”. The article was adapted from Ballard’s commencement address at BYU-Hawaii:

Claremont Graduate University announced a conference on “Parallels and Convergences between Mormon Thought and Engineering Vision.” Richard Bushman is the Howard W Hunter Chair of Mormon Studies in the School of Religion at Claremont Graduate University. He is interested in expanding the discussion of Latter-day Saint (LDS) perspectives on the attributes of God and the potential of man through a variety of innovative directions.

One of the directions to be explored is whether there is a possible resonance between Mormon and engineering thought. An assumption can be made that, according to LDS understanding, God is the architect of the Creation and the engineer of our bodies and spirits. Man, on the other hand, is believed to be capable of growing to become like God. The theological question is: where does engineering fit in the convergence of these two realms?