Trust in Posthumanity and the New God Argument 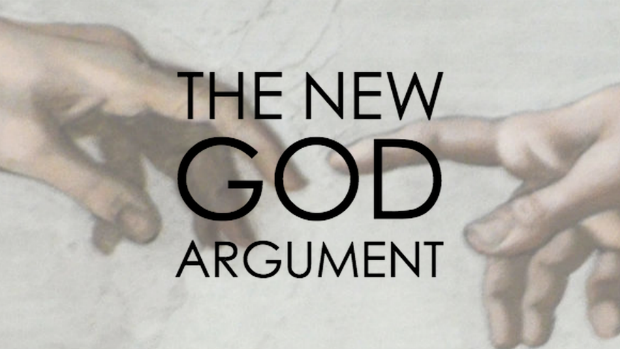 Here is a transcript of my speech on the New God Argument at the Transhumanism and Spirituality Conference 2010.

We can use science and technology to enhance ourselves and our world. If limits continue to recede, we may radically extend our lives and abundantly expand our resources, such that present notions of poverty and even death would no longer apply. We may engineer new worlds and attain presently-unimaginable degrees of flourishing. In so doing, we would change. We would be different than we are now to at least the extent that we are now different from our prehuman ancestors. We would be posthumans.

Trust in our posthuman potential is the essence of Transhumanism. We trust that we can become posthumans, extrapolating technological trends into futures consistent with contemporary science, and acting pragmatically to hasten opportunities and mitigate risks. We trust that we should become posthumans, embracing a radical humanism that dignifies the ancient and enduring work to overcome and extend our humanity. Although denying superstition and hubris, our trust is more than rational and moral. The posthuman esthetic resonates with and shapes us, affecting our thoughts, words and actions. We want to become posthumans. We trust that we will not go extinct before becoming posthumans. This trust is the Faith Position: the basic assumption from which the New God Argument begins.

The New God Argument arrives at its conclusion by combining three sub-arguments, each of which leverages the Faith Position:

Biologists trace human origins through billions of years of evolution. A broad confluence of observations indicates that our prehuman ancestors, from simple cells to hominids, generally increased in complexity at an accelerating rate, suggesting that initial evolution of prehumans was less probable than subsequent evolution of humans. Yet physicist Enrico Fermi observed that the stars present us with paradox. Our universe appears old and large enough to have produced many planets capable of supporting prehumans, but a great silence leaves no objective evidence for posthumans. If there’s plenty of time and space for prehumans, and if subsequent evolution of humans or equivalents is yet more probable, where are the posthumans?

One possibility is that posthumans are improbable because their prehuman ancestors are already highly improbable. Even in a universe of 70 sextillion visible stars, maybe our planet is the only one on which life began. Counter-intuitively, this would be good news for us because it would explain an absence of posthumans with a reason in our past rather than our future. However, we’re discovering life in increasingly hostile environments on Earth, and we’ve also verified the presence of water on Mars. Such observations lead many to speculate we’ll soon discover life on other planets, and away from the possibility that prehumans are improbable.

Another possibility is that posthumans are improbable because humans and equivalents almost always go extinct before becoming posthumans, perhaps destroying ourselves with super-weapons or environmental exploitation. This would be bad news because it puts the explanation for an absence of posthumans in our own future. Thus, as established in the Great Filter Argument, the great silence may imply a great filter. In the vastness of time and space, along evolutionary paths to posthumans, something may be filtering innumerable possibilities to mere improbabilities. If prehumans are improbable then the filter would be in our past. Otherwise, the filter is in our future, and we probably will go extinct before becoming posthumans.

The only alternative is that posthumans are actually probable, and we simply haven’t yet found or recognized them. We don’t have objective evidence for this possibility, but we know too little to reject it. As evidence for prehumans mounts and posthumans remain elusive, some may despair. Others will embrace the Angel Argument, and trust that posthumans probably already exist because our future correlates with their probability, a lack of evidence is not evidence to the contrary, and this lack enables reasonable hope.

Meanwhile, our defensive capacity increasingly lags. Clothing was not enough, shields were too small, armor was too slow, walls fell to gunpowder, and even oceans narrowed to intercontinental ballistic missiles. Today, the toughest personal armor is only bullet resistant, the most secure information systems depend on narrowing advantages, and we’ve persisted for decades with no practical defense against nuclear explosions.

Benevolence explains our survival and continuing evolution, given the growing gap between destructive and defensive capacities. Benevolence is not evenly distributed among us, and it’s surely encouraged by self interest. However, at least among the empowered and on the whole, our common interest has resulted in at least enough benevolence for us to get where we are. Although we haven’t always paused before pulling the trigger, we’ve paused enough to enable the present. We haven’t always chosen the right leaders or enacted the right laws, but we’re still here. We’ve demonstrated at least that much benevolence.

Assuming we’re not unique, posthumans probably have increased faster in destructive than defensive capacity and, according to the Benevolence Argument, posthumans probably are more benevolent than us. Otherwise, they probably wouldn’t have survived long enough to become posthumans, and neither will we.

A common task to which we’ve applied computers is that of simulation. The earliest simulations provided basic numeric output. Later simulations interpreted their numbers into abstract visualizations. Today, simulations present whole worlds with three-dimensional geographies approaching photorealism and immersive interactivity for millions of users engaged in research, commerce, entertainment and warfare by proxy of their avatars.

As computing power increases, we’ll probably continue to run increasingly detailed world simulations. Unabated, increasing detail would eventually obfuscate differences between our world and computed worlds, to the point that “simulation” and “virtual” would be poor descriptors. If posthumans attain such capacity and use it to compute many worlds like those in their past then they probably are not the first or only to do so. Rather, as established in the Simulation Argument, as posthumans compute more worlds, it becomes more likely that they are themselves in a computed world, among the many actually computed rather than a theoretical non-computed world. The same would be true for us.

Present trends are consistent with the possibility that posthumans actually would create many worlds like those in their past. The upper bounds of computing technology continue to rise, methodologies for space exploration continue to expand, and our understanding of the universe continues to grow. Moreover, the benefits from these efforts perpetuate our interest in forwarding them. At this point, it’s easy to imagine that posthumans could and would realize potential that’s already grasped by human imagination.

If ever we create many worlds like our own, we almost certainly would not be the first or only to do so. Our perspective regarding our origin should account for our expectation regarding our creative potential. It would be remarkably inconsistent and improbable to assert that we will eventually create many worlds like our own without also acknowledging the Creation Argument, which is that posthumans probably created our world.

From these assumptions, the New God Argument makes three conclusions:

Posthumans more benevolent than us that created our world may qualify as God in some religions. Mormonism serves as an example. Founder Joseph Smith proclaimed that God was once as we are now, became exalted, and instituted laws whereby others could learn how to be gods, the same as all gods have done before. Wilford Woodruff taught that God is progressing in knowledge and power without end, and it is just so with us. Lorenzo Snow prophesied that children now at play making mud worlds will progress in knowledge and power over nature to organize worlds as gods.

Accordingly, the New God Argument justifies faith in a natural God that became God through natural means, suggesting how we might do the same. As emphasized in the argument, benevolence and creation are among the means and essential to them. Transhumanists advocate trust in such posthumans, our potential, even if they don’t exist yet. However, the New God Argument proves our trust probably is vain unless they already exist.

In his book, “The God Delusion”, the talented evolutionary biologist and leading voice of the New Atheist movement, Richard Dawkins, writes:

Whether we ever get to know them or not, there are very probably alien civilizations that are superhuman, to the point of being god-like in ways that exceed anything a theologian could possibly imagine. Their technical achievements would seem as supernatural to us as ours would seem to a Dark Age peasant transported to the twenty-first century. Imagine his response to a laptop computer, a mobile telephone, a hydrogen bomb or a jumbo jet. As Arthur C Clarke put it, in his Third Law: ‘Any sufficiently advanced technology is indistinguishable from magic.’ The miracles wrought by our technology would have seemed to the ancients no less remarkable than the tales of Moses parting the waters, or Jesus walking upon them. The aliens of our SETI signal would be to us like gods … In what sense, then, would the most advanced SETI aliens not be gods? In what sense would they be superhuman but not supernatural? In a very important sense, which goes to the heart of this book. The crucial difference between gods and god-like extraterrestrials lies not in their properties but in their provenance. Entities that are complex enough to be intelligent are products of an evolutionary process. No matter how god-like they may seem when we encounter them, they didn’t start that way. Science-fiction authors … have even suggested (and I cannot think how to disprove it) that we live in a computer simulation, set up by some vastly superior civilization. But the simulators themselves would have to come from somewhere. The laws of probability forbid all notions of their spontaneously appearing without simpler antecedents. They probably owe their existence to a (perhaps unfamiliar) version of Darwinian evolution …