What is wrong with being a wirehead? 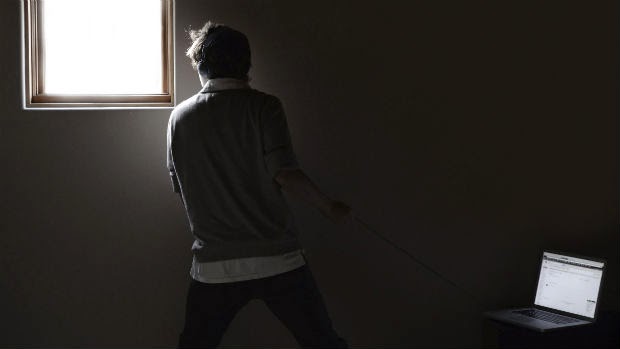 Soon you’ll have the opportunity to become a wirehead: you’ll be able to experience persistent intense pleasure through direct brain stimulation, perhaps via an implant or even wirelessly. It would be euphoric and, unlike the common pleasures of eating or sex, it could continue indefinitely. No matter how long you’ve enjoyed the experience, you’d be able to continue enjoying it. You wouldn’t feel full, or fatigued, or otherwise uncomfortable. The pleasure wouldn’t decline. Computer-automated modulation would ensure you’re experiencing maximal pleasure, more than any conceivable alternative at each moment.

Who wouldn’t want that!?! Now, some smarty-pants have already jumped ahead conceptually. Pick me! Pick me! I can hear them thinking it from the other side of the Internet. They know that there purports to be a downside to being a wirehead: addiction and its cascading physical, mental, social and even environmental consequences. Indeed, wireheading is the ultimate addiction, the addiction par excellence, and not just in theory. In practice, we can already test for and observe the consequences of wireheading in the lab. Consider, for example, that rats, when given the ability to stimulate the pleasure center of their brains, will do so preferentially over eating or drinking until they die of exhaustion.

So does part of me want otherwise? Does part of you want otherwise? We’re tempted to think the answer is obvious, but only because we’re not wireheads. To the wirehead, it’s not at all obvious. What’s the point of life if I can’t be a wirehead?!? We might appeal to this or that, to family or friends, to hope for heaven or fear of hell, to virtue or utilitarian ethics, or meaning itself, but the wirehead doesn’t want any of these things, if at all, more than being a wirehead. To the wirehead, there’s nothing wrong with being a wirehead, or at least not enough wrong with it, and more! There’s everything (or at least too much) wrong with not being a wirehead! Until we can acknowledge this, we haven’t begun to understand the wirehead.

Even for those who aren’t yet wireheads, it’s a haunting question. Echoing the sentiments of Camus, perhaps it’s the only philosophical question that matters. Why not be a wirehead? You’re going to die anyway. Everyone you know and love will die. Civilizations will decline. Planets will dissolve into their stars, which will eventually burn out and dissipate into entropy along with everything else that has ever meant anything to anyone. Why wait for any of that? Why suffer through any of it? Why not be a wirehead?

Just science fiction? Or at least a speculative possibility so far out that there’s no need to consider it here and now? Reconsider. Maybe the wireheading has already begun in subtle ways, gradually expressing itself in variations of established patterns of consumption: drugs, alcohol, pornography, gambling, or even candy and video games. Pervasively accelerating technological change, with its apparently slow beginnings and sudden surprises, has already begun to combine with and enhance existing vectors of addiction. Waiting around, for flashy shops in red-light districts to advertise “cheap wireheading here” or for mass-marketed gift certificates to wireheading.com, before seriously considering the question might not permit real choice.

If you’d prefer to deliberate and act with any practical option of choosing not to be a wirehead, I recommend that you begin now. If you wait for first-hand experience, your choice will almost certainly already be made: you will be and remain a wirehead, intentionally, until it consumes and annihilates you, body and mind. You’ll quickly neglect and lose the trust of friends and family, but that will matter less than being a wirehead. You’ll eventually consume and exhaust whatever communal and environmental resources enabled your addiction. If not already dead at that point, you’ll do everything you can to kill yourself to escape the horrible pain of withdrawal. What’s wrong with any of that? Nothing or not enough, if you’re already a wirehead.

If you’re not, be warned: pleasure could overwhelm you in unhealthy, irresponsible and practically irreversible ways, and you may already be at greater risk than you suppose.