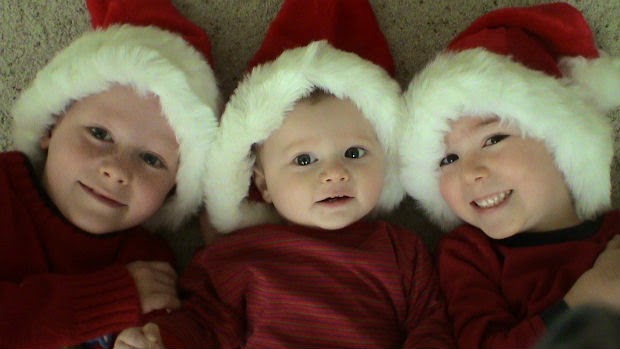 It’s Christmas in New Zealand. I’m young and remembering, hoping to glimpse the monster at Loch Ness, wading in an icy stream at the base of the Matterhorn, spying on guards across the East German border, and clumsily asking a French vendor for an ice cream cone. Some day I’ll sing carols at the doors of a Viennese cathedral, kiss a girl in a cave outside Budapest, play soccer with students at Akademgorodok, and help some Maasai boys build a small house for their doctor. In a few days, I’ll celebrate the new year in Australia.

It’s Christmas in France. I woke up this morning to a dream about Soeur Vankrieckenge. I opened a door or something, and there she was with a lot of gifts in her hands. The gifts were for me, and I remember feeling bad that I didn’t have a gift for her. I don’t know where she’s been transferred, but I got a letter from her yesterday, which was cool. I miss her. I wrote her back via the mission mailbag because the strike at the post (and almost everywhere else too) continues into its fourth week. Some day I’ll buy a diamond ring in Bethlehem and ask her to marry me.

It’s Christmas on the Internet. We’ll go with Microprose Civilization II Multiplayer Gold Edition. As pointed out, the “multiplayer” part is important because the original release of Civilization II was not multiplayer. Please do pass on the invitation to your family and friends. Hopefully we can get eight people. Those of you who are new to the game will be at a disadvantage relative to those of us who are familiar with the game, but I think you’ll still enjoy the game. What dates are good for you? Want to start playing over Thanksgiving break and finish up over Christmas break?

It’s Christmas in Utah. It’s a cold season, and today’s a cold day after a winter storm. It might seem like a strange time for a wedding, but think. In a few days, we’ll be celebrating a new year, full of hope and opportunity; a few days ago, we celebrated the birth of a God, a compassionate creator; and this afternoon, as we celebrated your wedding, the sun came out, reflecting against the snow and making everything as bright as summer. So it seems beautiful and particularly appropriate after the cold winter storms you’ve each weathered, that going forward you’ll celebrate your new beginning together each year between Christmas and the new year, in the heart of winter beginnings with each other to warm.

It’s Christmas again. My friend asks for stories about Parkinson’s disease. When I was a teenager, my mother and father were best friends with another couple in our neighborhood, the Smiths. We enjoyed many family activities together. My father eventually died in 1998 at age 48 during his third cancer. Mrs Smith died a few years ago in her 60s from a brain disease. Mr Smith contracted Parkinson’s at about the same time. A couple years ago my mother and Mr Smith married each other. Together, they’re working to manage his Parkinson’s and starting new adventures. A few days ago, they went with my family to see The Hobbit. It reminded me of my father, who read the book to me as a child.