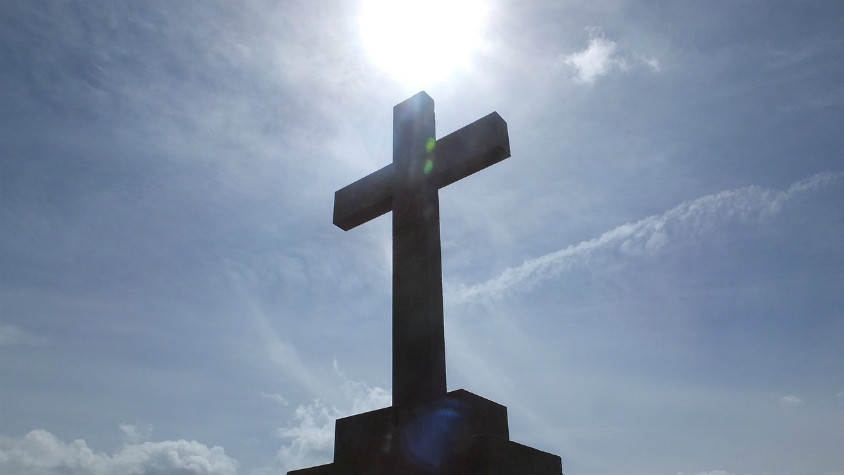 “See what great love the Father has lavished on us, that we should be called children of God! And that is what we are! The reason the world does not know us is that it did not know him. Dear friends, now we are children of God, and what we will be has not yet been made known. But we know that when Christ appears, we shall be like him, for we shall see him as he is.” (1 John 3: 1-2)

In this scripture, John says that we are children of God and that we will be like Christ, suggesting that humanity has divine capacity. This is consistent with common Transhumanist estimations that humans have sublime capacity.

“Very truly I tell you, whoever believes in me will do the works I have been doing, and they will do even greater things than these, because I am going to the Father.” (John 14: 12)

In this scripture, Jesus claims that his disciples will do the works he does and even greater things, suggesting that humanity will do divine works. This is consistent with common Transhumanist expectations that humans will do sublime works.

“Then I saw ‘a new heaven and a new earth,’ for the first heaven and the first earth had passed away, and there was no longer any sea. I saw the Holy City, the new Jerusalem, coming down out of heaven from God, prepared as a bride beautifully dressed for her husband. And I heard a loud voice from the throne saying, ‘Look! God’s dwelling place is now among the people, and he will dwell with them. They will be his people, and God himself will be with them and be their God. He will wipe every tear from their eyes. There will be no more death or mourning or crying or pain, for the old order of things has passed away.’” (Revelation 21: 1-4)

In this scripture, John claims God will dwell on Earth when it is renewed, suggesting that Earth may become heaven. This is consistent with common Transhumanist aspirations to transform Earth toward sublime potential.

“By faith Noah, when warned about things not yet seen, in holy fear built an ark to save his family.” (Hebrews 11: 7)

In this scripture, Paul explains that Noah exemplifies faith by building an ark to save his family, suggesting that engineering is among divinely prescribed means of salvation. This is consistent with the technological advocacy that is central to Transhumanism.

“Jonah obeyed the word of the Lord and went to Nineveh. Now Nineveh was a very large city; it took three days to go through it. Jonah began by going a day’s journey into the city, proclaiming, ‘Forty more days and Nineveh will be overthrown.’ … When God saw what they did and how they turned from their evil ways, he relented and did not bring on them the destruction he had threatened.” (Jonah 3: 3-4, 10)

In this scripture, God retracts a prophecy of destruction when people change, suggesting that apocalyptic concerns are justified but fatalism is not. This is consistent with technological optimism when accompanied by acknowledgement of and work to mitigate risks, as advocated and exemplified by many Transhumanists.

“But someone will ask, ‘How are the dead raised? With what kind of body will they come?’ How foolish! What you sow does not come to life unless it dies. When you sow, you do not plant the body that will be, but just a seed, perhaps of wheat or of something else. But God gives it a body as he has determined, and to each kind of seed he gives its own body. Not all flesh is the same: People have one kind of flesh, animals have another, birds another and fish another. There are also heavenly bodies and there are earthly bodies; but the splendor of the heavenly bodies is one kind, and the splendor of the earthly bodies is another. The sun has one kind of splendor, the moon another and the stars another; and star differs from star in splendor. So will it be with the resurrection of the dead. The body that is sown is perishable, it is raised imperishable; it is sown in dishonor, it is raised in glory; it is sown in weakness, it is raised in power; it is sown a natural body, it is raised a spiritual body.” (1 Corinthians 15: 35-44)

“While they were still talking about this, Jesus himself stood among them and said to them, ‘Peace be with you.’ They were startled and frightened, thinking they saw a ghost. He said to them, ‘Why are you troubled, and why do doubts rise in your minds? Look at my hands and my feet. It is I myself! Touch me and see; a ghost does not have flesh and bones, as you see I have.’ When he had said this, he showed them his hands and feet. And while they still did not believe it because of joy and amazement, he asked them, ‘Do you have anything here to eat?’ They gave him a piece of broiled fish, and he took it and ate it in their presence.” (Luke 24: 36-43)

In this scripture, the resurrected immortal Jesus tells and demonstrates to his disciples that he has a body of flesh and bones. This is consistent with the physicalist metaphysics of most Transhumanists.

“As you go, proclaim this message: ‘The kingdom of heaven has come near.’ Heal the sick, raise the dead, cleanse those who have leprosy, drive out demons. Freely you have received; freely give.” (Matthew 10: 7-8)

In this scripture, Jesus charges his disciples to heal the sick and raise the dead. This is consistent with common Transhumanist aspirations to overcome death.

In this scripture, Paul claims that not everyone will die. Eventually, the living will change and the dead will rise to immortality. This is consistent with common Transhumanist aspirations to immortality.

“What good is it, my brothers and sisters, if someone claims to have faith but has no deeds? Can such faith save them? Suppose a brother or a sister is without clothes and daily food. If one of you says to them, ‘Go in peace; keep warm and well fed,’ but does nothing about their physical needs, what good is it? In the same way, faith by itself, if it is not accompanied by action, is dead. But someone will say, ‘You have faith; I have deeds.’ Show me your faith without deeds, and I will show you my faith by my deeds. You believe that there is one God. Good! Even the demons believe that — and shudder.” (James 2: 14-19)