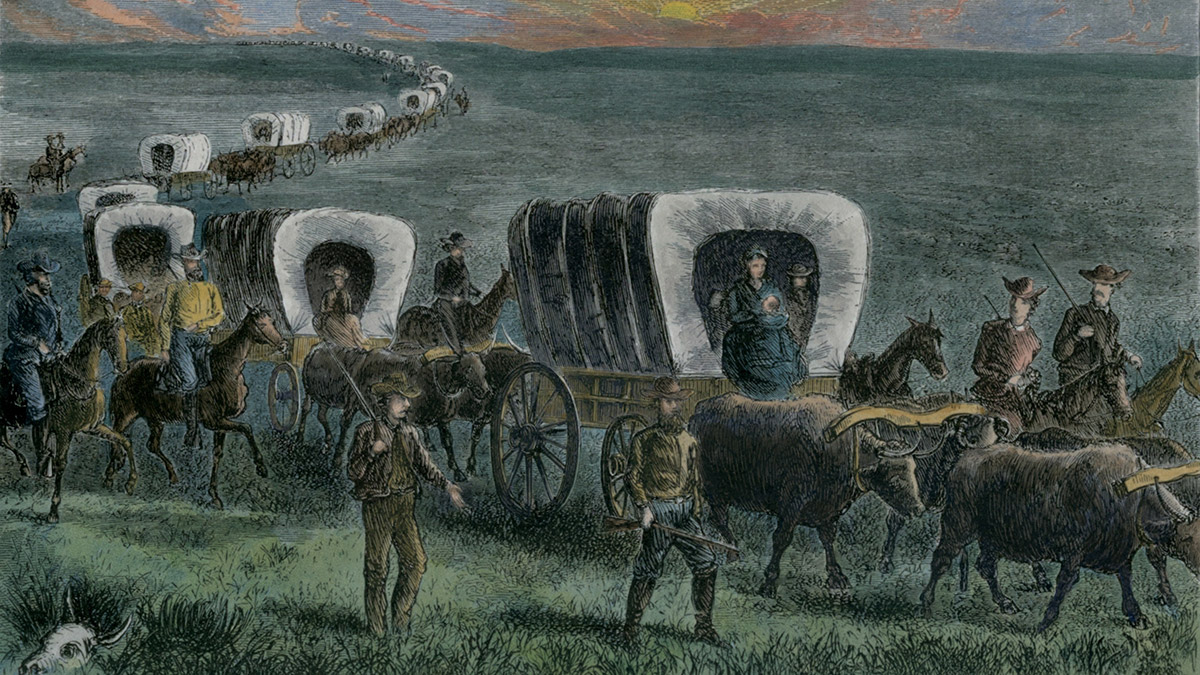 Today’s the day after Pioneer Day. The fireworks are now silent. The embers are dark. And I’m thinking about what comes after.

Imagine, with me, the last wagon, long after the first pioneers. What is it that we see?

Is the ox team that pulls it the smallest and leanest and weakest? Do they have the tenderest feet of any in the train? Maybe one is a little lame in the right front shoulder.

Is the wagon worn and creaking, taking more time to fix and to grease? Maybe the hub of the left front wheel is too hot. And the tire of the back wheel on the same side is loose.

Is the wind-rent cover old and patched? Does it take hours to mend and tie up to keep out the storm?

Are the pioneers sick and tired? Do they need to wash? Are they poorly nourished? Maybe they even need to coax each other to eat the rough food, which is all they have.

I wouldn’t take away one word of praise or gratitude, honor or reverence from the last wagon of the nineteenth century. But if they were the last pioneers then, as the Apostle Paul observed, we of all people would be the most pitiful.

To understand why, think of what pioneers do. Think of what it means to be a pioneer. And it might help to think about some of the other pioneer stories that we tell. I’ll share a couple examples.

First, in the Bible, when God banishes Adam and Eve from the Garden of Eden, they find a place to till the land. There, as Alma describes it in The Book of Mormon, they plant a seed. And they begin to nourish it with great care, looking forward with an eye of faith to plucking the fruit of the tree of life – again.

Likewise, in the Book of Mormon, when Nephi’s family is suffering without food and losing their faith, he makes an arrow and asks his father where he should hunt. His father asks God, and Nephi follows their directions to the top of a mountain. There, he uses the arrow to obtain food, which strengthens his family to continue on their way to the promised land.

With these additional pioneers in mind, I wonder. Are you and I still pioneers? Like Adam and Eve, are we nourishing the seed of our highest hope? Or like Nephi, are we launching the arrow of longing beyond ourselves?

“What is love? What’s creation? What’s longing or hope?”

I think it takes something like a pioneer to begin comprehending answers to these questions. Otherwise, we might be tempted to conclude too hastily and too finally that we’ve already discovered happiness.

We could make ourselves and our world small. Leaving or never visiting places that are hard to live, we’d seldom be too hot or too cold. We’d rarely stumble. Avoiding disagreements, our feelings would be hurt less often.

Maybe we could even persuade everyone to want all the same things. Or at least we might persuade those who want different things that they shouldn’t. And we could judge that the world, before, was immoral when people wanted different things.

In that small world, hope and longing are quenched. Creation is merely procedural. Love is shallow. And of course there aren’t really any pioneers.

Contrast that with the world into which the scriptures invite us. In the New Testament, Paul observes the value of diversity in unity, saying, “the eye cannot say to the hand, ‘I don’t need you!’” In the Doctrine and Covenants, Joseph encourages the acquisition and responsible use of power, saying, “without compulsory means it shall flow unto thee forever and ever.” And in the Pearl of Great Price, Moses describes not merely a big world, but even heavens and “worlds without number.”

The Hebrew Bible states that “the heavens, even the highest heaven, cannot contain” God. I trust that the same will always be true of pioneers. Some treks will be harder than others. But I doubt there will ever be a last wagon.