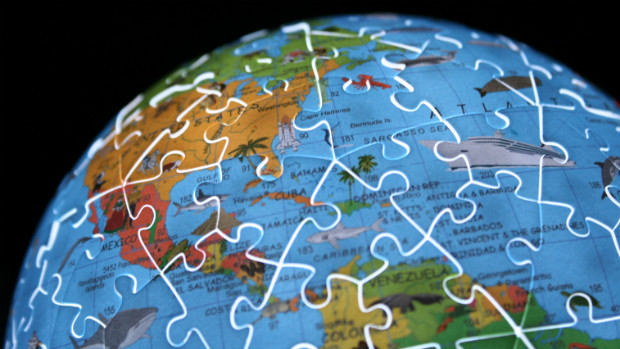 The Simulation Argument has been getting a lot of attention since being referenced by the New York Times. Writing for the Daily Galaxy, Rebecca Sato asks, could our lives be a cosmic computer simulation? She concludes with these words:

“… our designer might be another virtual being living inside the computer of a still more advanced form of intelligence. There could be layer upon layer of simulations. In a sense, the multi-universe theory of physics would be true, with just a little twist: we are both the future creators and the offspring of these multiple realities where anything is possible.”

These observations sound a lot like other observations made nearly 2000 years ago by the apostle Paul, who claimed that we are the offspring of a God (Acts 17), and over 150 years ago by Joseph Smith, who taught of worlds without end created by persons, beginning as children of God, who learned and progressed to Godhood.

Writing for IEET, George Dvorsky describes what he sees as the dark side of the Simulation Argument. On the one hand, if we’re not in a simulation, our future is almost certainly limited. Advanced civilizations might not survive their Technological Singularities, or the upper end of their technological advance eventually tapers off to finality. On the other hand, if we are in a simulation, our simulators have substantial power over us, yet have apparently chosen not to eliminate the suffering around us. George concludes that if we’re in a simulation then we should take up a Gnostic religious sensibility.

I agree with at least part of George’s reasoning. If we’re not in a simulation then our future is almost certainly far more limited than I would like it to be. However, I may disagree with the idea that we need to take up Gnosticism if we’re going to be able to proceed with faith that our future is not so limited.

Mormonism offers a view of the future that is neither Gnostic (in any escapist sense) nor technologically terminal. It posits a God that is compassionate and powerful, yet progressing. The God of Mormonism emerged and found himself in a world that he did not create. He progressed in power such that he could organize and reorganize the world in ways that would facilitate others’ progress toward becoming like him. However, as depicted in Mormon canon, he looks from heaven and weeps because we will not love each other (Moses 7). Whatever the limitations of our progressing God, they are such that we must participate with him in overcoming misery and pain – hell and death – if we are to become like him. Presumably, he knows of no other way. From a Mormon perspective, our life is an opportunity to learn and gain experience; and whatever knowledge we gain in this life will give us advantage in the life to come.

Visiting the idea of Gnosticism again, I’ll add that whether we should take up Gnosticism might depend on what we mean by it. Some who have studied the writings of Paul in the New Testament have argued that he was a Gnostic. If we agree that he was then I will fully agree with George’s reasoning: if we are living in a Simulation then we should have an attitude like that of Paul. Paul’s Gnosticism is not escapist. This world remains real, although not so glorious as our future. Our experience remains important, and our compassion for each other’s experience is central to a meaningful life. I feel deeply Paul’s call to take on the identity of Christ, and participate in the atonement – “fill up that which is behind of the afflictions of Christ in my flesh for his body’s sake, which is the church” (Colossians 1). I identify as a Christian because of Paul; speaking from the dead, he converted me to the Simulation Hypothesis of the Simulation Argument before I had ever heard of it. Romans 8:

10 And if Christ be in you, the body is dead because of sin; but the Spirit is life because of righteousness.

12 Therefore, brethren, we are debtors, not to the flesh, to live after the flesh.

13 For if ye live after the flesh, ye shall die: but if ye through the Spirit do mortify the deeds of the body, ye shall live.

14 For as many as are led by the Spirit of God, they are the sons of God.

15 For ye have not received the spirit of bondage again to fear; but ye have received the Spirit of adoption, whereby we cry, Abba, Father.

16 The Spirit itself beareth witness with our spirit, that we are the children of God:

17 And if children, then heirs; heirs of God, and joint-heirs with Christ; if so be that we suffer with him, that we may be also glorified together.

18 For I reckon that the sufferings of this present time are not worthy to be compared with the glory which shall be revealed in us.

20 For the creature was made subject to vanity, not willingly, but by reason of him who hath subjected the same in hope,

21 Because the creature itself also shall be delivered from the bondage of corruption into the glorious liberty of the children of God.

22 For we know that the whole creation groaneth and travaileth in pain together until now.

23 And not only they, but ourselves also, which have the firstfruits of the Spirit, even we ourselves groan within ourselves, waiting for the adoption, to wit, the redemption of our body.