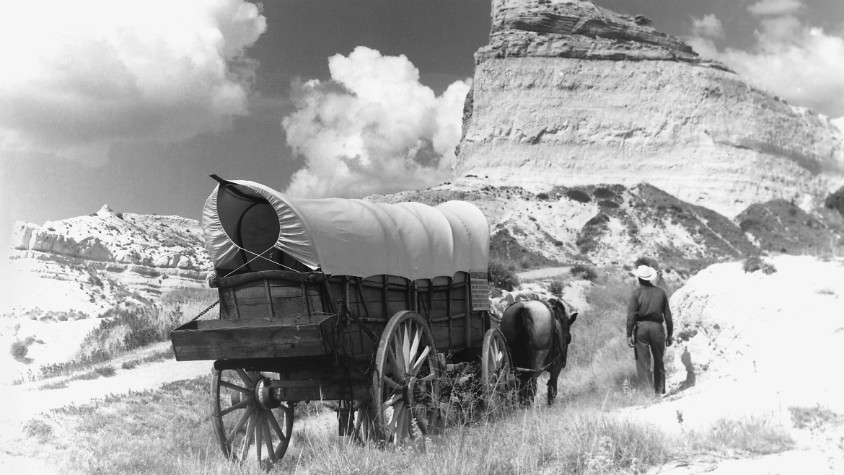 Is Mormonism a form of Transhumanism? Michael Anissimov recently posted seven definitions of “Transhumanism” on his blog. Let’s see how Mormonism fares according to each definition.

1) “Transhumanism is a philosophy that humanity can, and should, strive to higher levels, both physically, mentally and socially. It encourages research into such areas as life extension, cryonics, nanotechnology, physical and mental enhancements, uploading human consciousness into computers and megascale engineering.” — Anders Sandberg

Mormonism certainly advocates the idea that humanity can, and should, strive to higher levels physically, spiritually and socially. Mormons emphasize that humans are children of God and should strive to become gods themselves. While Mormonism has not explicitly advocated research into the areas mentioned by Anders, it has long advocated faith in parallel ideas, such as immortality, resurrection, exaltation and the creation of new worlds. Mormonism fits the generalizations, although not explicitly the specifics, of Anders’ definition of “Transhumanism”.

2) “Transhumanism is a class of philosophies that seek to guide us towards a posthuman condition. Transhumanism shares many elements of humanism, including a respect for reason and science, a commitment to progress, and a valuing of human (or transhuman) existence in this life. Transhumanism differs from humanism in recognizing and anticipating the radical alterations in the nature and possibilities of our lives resulting from various sciences and technologies.” — Max More

Mormonism is of the class of philosophies that seek to guide us towards a posthuman condition: godhood. It shares elements of humanism, valuing secular education and reason, although emphasizing that these should be guided by inspiration. Mormonism is committed not only to progress, but even to eternal progression, which is how it describes an aspect of the nature of God.

Mormonism values our existence in this life, rejecting concepts such as original sin and proclaiming happiness as the object and design of life. Mormonism differs from humanism in recognizing and anticipating radical alterations in the nature and possibilities of our lives.

3) “Transhumanism is a way of thinking about the future that is based on the premise that the human species in its current form does not represent the end of our development but rather a comparatively early phase.” — Transhumanist FAQ

Mormonism, likewise, advocates a way of thinking about the future that is based on the premise that the human species in its current form does not represent the end of our development but rather a comparatively early phase in our progression toward godhood. Mormonism fully fits the Transhumanist FAQ definition of “Transhumanism”.

4) “Transhumanism is the doctrine that we can and should become more than human.” — Mitch Porter

Mormonism teaches the doctrine that we can and should become gods, although not just any kind of gods: Christs. Mormonism fully fits Mitch’s definition of “Transhumanism”.

5) “Transhumanism is a commitment to overcoming human limits in all their forms including extending lifespan, augmenting intelligence, perpetually increasing knowledge, achieving complete control over our personalities and identities and gaining the ability to leave the planet. Transhumanists seek to achieve these goals through reason, science and technology.” — Natasha Vita-More

Mormonism also includes a commitment to overcoming human limits in all their forms. Although Mormons generally do not use the terms expressed by Natasha, they appeal to parallel ideas, such as immortality, eternally progressing knowledge and power, and creation and discovery of worlds without end.

6) “Transhumanism is the idea that new technologies are likely to change the world so much in the next century or two that our descendants will in many ways no longer be ‘human.’” — Robin Hanson

Mormonism expresses the idea that our world will soon change so much that we, our children and our ancestors will have the opportunity to become gods. It acknowledges the value of technology, but does not consider technology to be the only means of change. Mormonism fits the generalization, but not the emphasis, of Robin’s definition of “Transhumanism”.

7) “Transhumanism is about taking control of our own evolution and vastly increasing civilization’s diversity and capability by introducing new beings such as cybernetic persons, genetically engineered intelligent species, and artificial intelligence.” — Michael Anissimov

Mormonism is about increasing our agency and capabilities. It proclaims heavenly worlds in number and diversity as the stars. Although most Mormons do not explicitly associate cybernetics, genetic engineering or artificial intelligence with their faith, they do teach of humans learning to become gods, which in turn organize intelligences. Mormonism fits the generalizations, although not explicitly the specifics, of Michael’s definition of “Transhumanism”.

In summary, whether Mormonism is a form of Transhumanism appears to depend on the extent to which persons insist on a narrow science and technology focus, and on more recent formulations of practical faith in ancient ideas such as transfiguration, immortality and theosis.