Death Is Neither Inevitable Nor Good 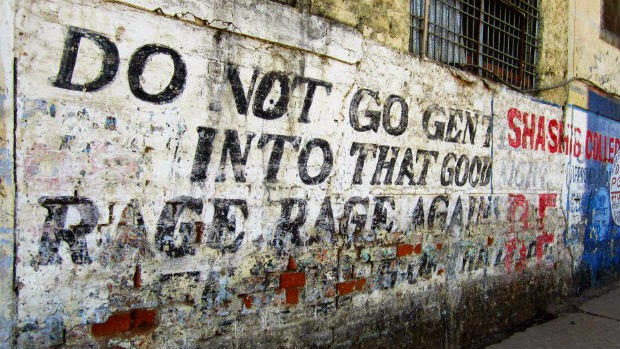 In discussions with friends recently, the subject of death came up and comments were made about it being inevitable and that we should accept that inevitability as something good. I responded that, depending on your definition of “death”, trends suggest that it is not inevitable for some of us. Death as we know it may, in the near future, be replaced with something like that described in Mormon scripture:

Doctrine and Covenants 101 29 And there shall be no sorrow because there is no death. 30 In that day an infant shall not die until he is old; and his life shall be as the age of a tree; 31 And when he dies he shall not sleep, that is to say in the earth, but shall be changed in the twinkling of an eye, and shall be caught up, and his rest shall be glorious.

The math is simple. As our technological ability to extend life accelerates, the rate will soon be greater than that at which we are aging – if it is not already. Below is a visual depiction. Each of the lines in the graph represents an age group and its relationship with death over the coming years. Based on the technological and aging trends observed by the author of the chart, persons aged 50 and younger have a fighting chance of aging slower than the rate at which our technology is and will be extending biological life.

Of course, life extension itself does not make us absolutely immortal in the sense of being immune to death. We may not die of old age, but we could still die in accidents, for example. However, given trends in information technology, it seems reasonable to suppose that biological life extension will not be the end of human progress – assuming we do not soon destroy our civilization. Beyond biological life extension are possibilities along the lines of merging information and biological technologies, and producing embodied identities that persist for any desirable duration, although perhaps within the bounds of increasingly unlikely existential risks at magnitudes with which we do not now concern ourselves.

Death does not terminate one’s identity (or spirit), and perhaps does not degenerate the identity beyond our eventual capacity to restore (or resurrect) it to a more desirable form. Think of all the ways in which identity continues after a person dies. There are infinite effects stemming from that person’s life cascading into time and space. Persons yet living remember the dead. All of the actions of the dead have affected the state of the world around us. Theoretically, persons living a thousand light years away, with sufficient technology, can observe persons that have been dead for a thousand years. All of this is data related to the identity of the dead. There is no question that some data is available, perhaps even much more than we now realize. However, it may be that the data eventually becomes irreversibly devolved, or it may be that we will never attain sufficiently advanced technology to reconstruct identities of persons long dead from the data available. I am optimistic, for practicality’s sake, that there will be enough data in an accessible state and that we will manage to restore the dead to life in ways that would now seem magical to us. For this and other reasons, I think we sometimes fear death excessively - particularly when that fear leads us to uncharitable actions toward persons around us.

That said, we should be rethinking the extent to which we, as a community, have embraced death as something good. That embrace makes a lot of sense for those who have no other means of empowerment over death. If we cannot beat our abusers, we sometimes learn to embrace or even eroticize them. This, I think, may be what Freud observed and labeled as our “death drive”. However, many of us now have reason to suppose that death can be conquered in our lifetimes, and should be acting accordingly to combat it, as we do all forms of oppression. On that subject, here is a story that elaborates on our communal relationship with death:

Fable of the Dragon Tyrant

Finally, for the Mormons among us, I’ll add a couple appeals to authority:

2 Nephi 9 10 O how great the goodness of our God, who prepareth a way for our escape from the grasp of this awful monster; yea, that monster, death and hell, which I call the death of the body, and also the death of the spirit.

Doctrine and Covenants 138 50 For the dead had looked upon the long absence of their spirits from their bodies as a bondage.

Death is neither good nor inevitable. Our God is a God of life. As we follow the path of Christ, we must, as Joseph put it, learn to be gods ourselves. First, we need to learn enough about our anatomies to extend biological life indefinitely. Second, we need to learn how to transcend biology altogether (not the same as transcending bodies altogether). At that point, we may have the knowledge and power to restore the dead to life. We’ll see. At least, that’s my faith - and “faith” here is not just wishful thinking, but rather a practical work according to an inspiring hope.