If that's God, I'm an atheist too. 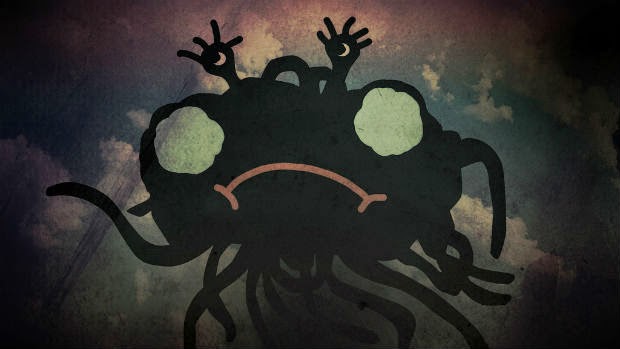 Religion is a controversial topic among transhumanists. Although the majority identify as atheists and agnostics, a substantial minority find transhumanism to be complementary with or even inherent in their spiritual or religious views. Of course, this results in friction, which in turn generates both some traction of contructive debate and some heat of wasteful hostility.

Recently, James Hughes wrote “An Epistle on H+ to the Italian Catholics”, and Max More wrote on “Why Catholics Should Support the Transhumanist Goal of Extended Life”. Both are atheist transhumanists. In response to their outreach, Michael Anissimov, also an atheist transhumanist, asks, “Are James and Max Down with Pope Ratz?” This intentionally provocative question reflects Michael’s perspective that religion is, at best, an infantile joke, whose punch line is an all-powerful entity that watches us, liked massacring stone age people, favors Hebrews, and will return with symbolic imagery at the end of the world.

No doubt, Michael’s depictions of theism approximate the ideas of many theists – although “appoximate” is the strongest word I’m willing to apply, given Michael’s occasional (and intentional) mischaracterization of theists. Some theists posit the existence of an absolutely all-powerful God. Some think God watches us. Some are confident that God favors one people above another and has occasionally commanded a favored people to eradicate an unfavored people. Some look forward to God’s return to Earth at the end of the world.

However, if that package is God, I’m an atheist. Atheist not particularly because I would assert the non-existence of such a package – although I would. Atheist, rather, because I would assert the immorality of directing my respect, emulation or trust (in a word, “worship”) toward such a package, for at least two reasons. First, the classic problem of evil is sufficient grounds to conclude that an absolutely all-powerful God is, at best, indifferent toward our pain and misery. Second, at an emotional level, I simply don’t care to respect, emulate or trust a God that commands one people to eradicate another.

Yet I identify as a theist. For practical reasons, I hold resolutely to trust that we, as a community along with our environment, will change according to our desires into far more empowered and loving beings than we now are. I likewise recognize that if we are to do this, we would almost certainly not be the only or first to do so (see the New God Argument). I feel a permeating and abiding connection between my self, my community, my environment and their combined potential, which moves me to embrace the esthetic that God is watching, not in pity or pride, but as a loving parent, like whom we become as we change, and who we see at the end of the world, as it were, each time we acknowledge transformation for the better and observe ourselves more clearly.

An early Christian, Saint Athanasius, wrote: “God became man that man become God.” As expressed by Paul in the New Testament, on the one hand is that God that would raise itself above all else that is called God and declare itself God; on the other hand is that God that would raise us together as joint heirs in the glory of God. Not all contenders for godhead are worthy of worship, of our respect, emulation and trust. The mythology, despite the sometimes immoral and always evolving elaborations in scripture and elsewhere, is not a weakness. The myth is a strength. It is power, for better or worse; that much is clear from the history books. The question, then, is not whether the myth is a weakness, and not whether the power is evil, but rather how we may use the power for good, as a creative force for the better world we desire in all our varying ways?

Michael Anissimov and other atheist transhumanists direct their respect, emulation and trust toward a package of ideas that we commonly wrap in the label “posthuman” or “neohuman”. Although the terminology is different, and the elaborations vary, the myth remains, for better or worse. Maybe it’s no different than Santa Claus for adults, but Santa Claus has long moved me to change in ways I continue to value. I know of and can imagine interpretations of Santa Claus that horrify me, but I’ve chosen to remain a believer despite those.