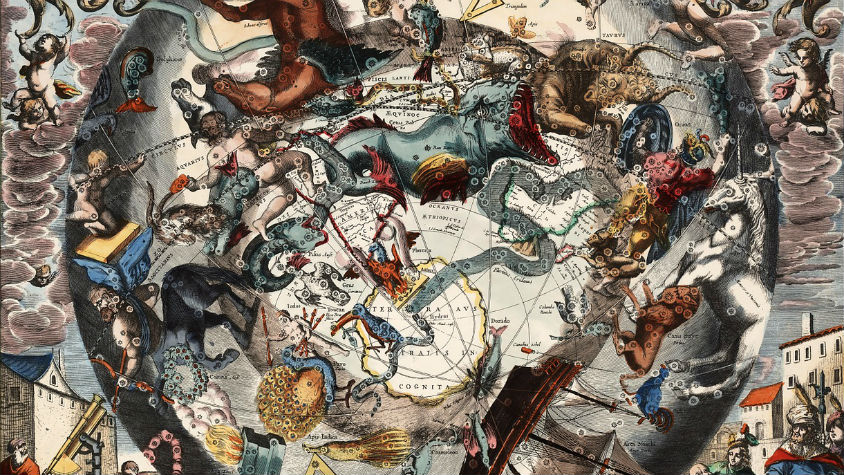 While listening to speakers at church today, I considered my internal reactions to the various ideas and feelings expressed. At times I was inspired, at times indifferent, and on occasion annoyed. Consideration led me mostly to familiar explanations, ranging from degree of shared perspective to volume of persons near me, but at least one new explanation also came to mind.

We are mythologists, not so much academically as by engagement. We mythologize. Unfortunately, this needs to be distinguished from popular notions of “mythology” as mere fantasy or outright lies. A more formal understanding of “mythology” accounts for the meaning of the word’s Greek roots: “mythos” and “logos”. The “mythos” is something like a ritualized story, as may be recounted by a spiritual or religious leader. The “logos” is more like a logical explanation, as a scientist or engineer might provide. Combining the two, we could regard “mythology” as an integrative act that brings together the esthetic strengths of ritual with the epistemic strengths of logic.

The work to harmonize our esthetics and epistemics is a moral obligation – THE moral obligation, if morality is to mean anything at all. We desire, hope and will for a particular kind of world. We experience and observe another. Some say morality is a particular and exclusive sort of world. In practice, though, morality actually becomes the effort of give and take that changes our selves, as individuals and communities, and our world toward greater common congruence. It is working out our differences through persistent charging, rebuking, punishing, forgiving, rewarding and thanking. It is charity, which puts its desired world neither above nor below that of another, but rather seeks eternal atonement. It is friendship.

Mythology is atonement. It is integrative. Done well, it takes the best of our spiritual and religious stories, along with the best of our science and technology, and makes meaning where before there was only superstition or dogmatism on the one hand and hollow coldness on the other. Consequently, we are brought together in mutual respect and understanding, strengthened anew for challenges and opportunities before us, with solid knowledge and tools at hand to empower our common work.

Today, it occurred to me that my internal reactions to speakers at church reflect my mythologizing, and that of others participating in the meeting. Mythology, like all acts of atonement, is generally messy and painful before it delivers the valued results. The archetypal example, among Christians, is that of Jesus in Gethsemane, wracked with pain and bound for glory. As we severally mythologized, suggesting and listening to harmonizations of our experiences with our aspirations, we were inspired, sometimes indifferent, and occasionally annoyed. Of course, some present were engaged in superstition or dogmatism, and some absent were engaged in hollow coldness, rather than the mythologizing. Yet some, hopefully most, mythologized, participating in the work of atonement, persisting in the effort of reconciling our spiritual and explanatory stories.