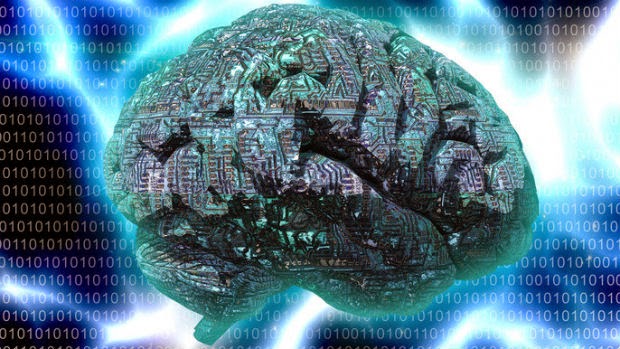 Dvice lists “6 reasons why you’ll never upload your mind to a computer”. There are some problems with Dvice’s reasoning.

1) Uptime – If the uptime of future computers is no better than the uptime of current computers, few if any of us will trust them enough to upload our minds. However, there is reason to suppose that the uptime of future computers will be far superior to that of current computers. Consider, for example, the recent advances in parallel computing hardware, regularly doubling the number of processors available at a particular price point. If a computer is able to spread its work across a large number of redundant processors, it becomes far less likely that a particular computation will fail. Likewise, we’re seeing the price of redundant online storage and other computing functions decrease rapidly. As the many aspects of computing continue to decrease in cost and increase in integration, they will be used to achieve uptime approaching that of the massively parallel and redundant human brain. Indeed, in some ways, our computers have already achieved better uptime: they don’t need to spend 33% of their time sleeping.

2) Durability – If the hardware on which our uploaded mind does not endure longer than current hard drives or floppy disks then few if any of us will trust that hardware enough to upload our minds. However, specialized hardware is already capable of enduring many years longer than ordinary hard drives. Moreover, it’s not difficult at all to ensure the persistence of data even while the underlying hardware changes. For example, I continue to have fast electronic access to documents that I wrote in elementary school 25 years ago, although the hardware on which they’re stored has changed at least a handful of times. This isn’t so different than our biological bodies, which depend on the constant renewal of nutrients in order to preserve the proper functioning of our brains.

3) Energy – If the ratio of computing capacity to energy consumption remains unchanged then scaling computing to degrees required for uploading many minds will prohibit adoption, given current and near term feasible energy sources. However, recent advances in mobile computing have demonstrated that we can increase the amount of computing capacity that we get from a particular amount of energy, and our brain illustrates that a large amount of computation can be done with far less energy than present computing tech would require. Given our track record, it seems reasonable to suppose that we’ll continue to increase the amount of energy available to our computers while simultaneously figuring out how to make that energy go farther. There is gigantic financial incentive behind this.

4) Processing – If the brain is much more powerful than some have estimated then it may take more time for our computers to attain equal capacity. However, assuming our computers continue to exceed Moore’s Law, doubling the ratio of complexity to cost in nearly yearly cycles that are themselves accelerating (meta-exponential), even several orders of magnitude in additional computation will be achieved in a matter of decades – not centuries.

5) Bodies – If the mind is not associated with a body that properly map to each other then an uploaded mind would be useless. However, uploaded minds would not be independent of bodies. All data has a substrate onto which it is mapped, and the data may be empowered to interact with and control that substrate. Our computers do this constantly, in both subtle and obvious ways, from changing how data is stored to moving mechanical extensions of themselves. At a deeper level, it’s just plain important to recognize that minds are meaningless without bodies and their environments. Yet recognition of this does not somehow refute the possibility of changing the substrates on which our minds are operating, which is what is meant in essence by “mind uploading”.

6) Politics – If the politics of access to mind uploading technology get in the way then perhaps many or most of us will not be positioned to benefit from it. However, this is not a new problem, and one that has been overcome with increasing rapidity as the marvels of our technological age have unfolded. Adoption of and access to new technologies does usually start among the relatively rich, but the time between their adoption and that of a more general adoption for emerging technologies has been decreasing. Of course, there is certainly much work to do to ensure broad access to the benefits of technology, but this does not mean mind uploading will never be realized.

Finally, remember that if we or our descendants are likely to compute many worlds like our own then we’re likely already living in a computed world – already mind uploads.