Reasons for Technological Interpretation of Mormonism 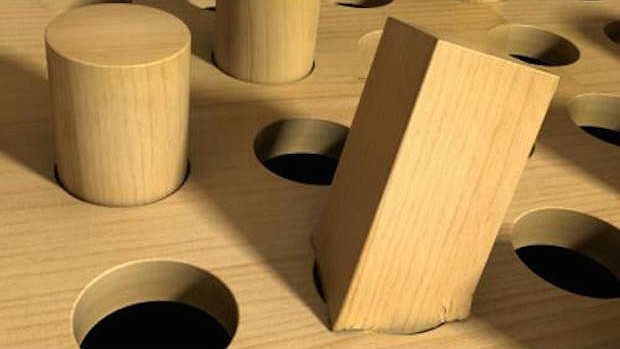 Below is a transcript of my presentation at Sunstone 2010 yesterday at the Sheraton Hotel in Salt Lake City. I invite your feedback.

How often have we heard the question: are science and religion compatible? And yet, how many of us are still waiting for the answer? What are we waiting for? Do we expect someone will discover or reveal the answer? Could it be discovered or revealed without begging the question? For example, can we use science to answer a question about science, without already assuming its axioms and methods? Likewise, for religion, can we use it to answer a question about itself, without starting from faith?

What about technology and spirituality? Who decided that hope, healing and heaven must be supernatural? How were so many of us persuaded that we can experience the spiritual but not measure it, and that we can promote such experience but not manage it with greater precision? When did we convince ourselves that machines must be cold metal and hollow plastic, forever in contrast to the warmth and beauty of the human soul?

Mormon physics, as expounded in scripture and by prominent authorities, lends itself to interpretations compatible with the methods and axioms of science. Here’s a brief example.

Mormon physics posits objectivity through materialism and empiricism. Everything is matter. Coarse matter is element. Fine matter is spirit, primal intelligence, or the light of truth in and through all things. All matter is eternal, uncreated and indestructible, but malleable. God, a material being, either emerged from or was organized out of chaotic matter, and then continued to organize this matter, first spirit then element, iteratively. All matter, including spirit, is discernible. Experience leads to knowledge, and knowledge leads to truth, which is contextual and dynamic. If we will seek, nothing will be withheld.

Mormon physics also posits consistency, causality and uniformity. Innumerable systems exist in space and time, and all have laws. Laws may differ from one system to another, and some systems may govern others. Recurrently without definite beginning, God instituted laws within the context of previous laws and according to knowledge of those laws. Likewise, we will attain no greater heaven than that we make according to law. Faith without knowledge and works will not save us. Blessings are predicated by law. Even miracles, although marvelous in our eyes, do not contravene law. If we will seek, we can understand all mysteries.

Similarly, Mormon physiology lends itself to interpretations compatible with technological trends projected into hypothetical futures, when new processes may change the composition of our bodies into new configurations. Again, I’ll provide a brief example, noting that some of the ideas are speculative and merit more explanation than I can provide now.

Mormonism posits intelligence, spirits and souls as physiological components and describes them in a manner consistent with existence in a computational substrate. Intelligence, or the light of truth, existed without beginning. It can be organized into spirits, increased for advantage, or decreased according to desire. Spirits can become souls when organized into bodies of element. These structures of light and element may be constantly computing and broadcasting truth about themselves as their contribution to an aggregated reality. Perhaps they exhibit their primitive intelligence in quantum uncertainty. We may be learning to create them when we write simple computer programs. Maybe even God computes us.

Mormonism also posits physiological processes of transfiguration and resurrection, describing them in ways that align with hypotheses of radical life extension and detailed computer emulation. During the millennium, mortals will be changed and the dead raised to immortality. The ordinance of transfiguration will be revealed in the last times, and the ordinance of resurrection will be administered by immortals. Accordingly, if biotechnology manages to prevent or repair aging, we may enjoy indefinitely long and healthy life spans. Subsequently, given enough computing power, we may even be able to emulate in full detail all persons who have ever lived.

Finally, Mormonism posits immortality and glories as physiological configurations and describes them as we might describe mind and body enhancements. The inhabitants of innumerable worlds vary in glory, knowledge and power, according to their desires. Telestial beings, like us, differ in glory as do the stars. Terrestrial beings exceed the telestial. Celestial beings attain the creative capacity of gods, and learn of yet higher glories. Accordingly, we see technology becoming increasingly intimate. Surgeries, drugs and prosthetics repair and enhance our capacities. Computers that once filled warehouses are now embedded in our bodies. Perhaps the day will come when biological and information systems merge, and thoughts create worlds like our own.

Can works save you? Christians debate whether good works are necessary for salvation, with responses ranging from the extremes of Calvinism (salvation does not depend on our efforts) to the extremes of Pelagianism (salvation depends almost entirely on our efforts). Most Christians situate themselves somewhere between the extremes, but where should we situate ourselves? Here’s a wager: bet on better works. In any choice between ideologies, choose the one that you think will affect you to evidence better works. To the extent Calvinism is accurate, your choice won’t matter. To the extent Pelagianism is accurate, your better works will save you.

Even for broad understandings of “salvation” and “good works”, the wager stands. For example, should we trust that benevolent power will make us happy? From a pseudo-Calvinist perspective, it wouldn’t matter because something beyond our benevolent power will determine our happiness. So, to the extent pseudo-Calvinism is accurate, it can’t hurt to bet on benevolent power. As another example, should we trust that ethical technology will increase our utility? From a pseudo-Pelagianist perspective, our utility depends on our ethical technology. So, to the extent pseudo-Pelagianism is accurate, ethical technology is a good bet.

The relation between good works and salvation must be one of the following:

The first is of no practical consequence, by definition. Practice is limited to works, even if broadly understood as power or technology. If good works are no more likely to cause salvation than are evil works then it doesn’t matter whether we reject #1, even if we’re wrong. Common sense rejects the second, as it should, again based on definitions. We don’t hear anyone argue seriously that good works cause damnation because it’s internally contradictory. That leaves us with the third. We should trust that good works cause salvation.

Bet on better works. In any choice between ideologies, choose the one that you think will affect you to evidence better works. If there’s anything you can do to achieve salvation, you will have done it. As expressed by President Dieter Uchtdorf, “When our wagon gets stuck in the mud, God is much more likely to assist the man who gets out to push than the man who merely raises his voice in prayer—no matter how eloquent the oration.”

Integrations can be complex and messy. Sometimes data in one symbol system doesn’t map well into the other system. Sometimes integrators make poor implementation decisions. Always, an integration can be improved as the integrators become increasingly familiar with the systems they’re integrating. This is also true of technological interpretations of Mormonism, whose mappings between the Judeo-Christian religion and Enlightenment philosophy present various limitations and opportunities for improvement.

Yet, beyond limitations, the integrated ideologies enable us to leverage the strengths of each with less difficulty. Mormons that embrace technological interpretations of their religion will find it easier to embrace science while maintaining a fulfilling relationship with their spiritual education and religious community. Moreover, by embracing technological interpretations, we’re doing a better job of living our religion, as expressed by Joseph Smith: “One of the grand fundamental principles of ‘Mormonism’ is to receive truth, let it come from whence it may.” Mormonism is, on principle, an integrating ideology.

Mormons almost universally acknowledge that we have an obligation and capacity to participate in the work of God, to bring about the immortality and eternal life of humanity. This acknowledgement focuses primarily on the advance of spiritual salvation, particularly through missionary and temple work. Such a focus is important, but it does not, in itself, satisfy the full extent of our obligation, which also includes the advance of physical salvation. Both the LDS Church and individual Mormons regularly demonstrate real concern and concerted effort to advance physical salvation, through means ranging from neighborhood service projects to large scale welfare and humanitarian programs. Yet we can and should do more.

Each day, around 150,000 persons die. Many of them die of painful and debilitating diseases. Most of them die from something that is not commonly considered a disease, although it is altogether as painful and debilitating. It emaciates our muscles and bones, makes our hair fall out, blurs our vision, and stifles our hearing. Finally, if it doesn’t kill us by clogging our hearts or setting off runaway cellular growth, it steals our memories. We’ve become accustomed to this inexorable degradation, which we call “aging”.

In the Book of Mormon, we read of Jesus asking twelve Nephite disciples what they desire. Nine tell him that they desire to teach the gospel for the remainder of their lives and then quickly ascend to heaven. Jesus tells them that they are blessed for this desire. The remaining three are hesitant to express their desire, but Jesus discerns that they would like to go on teaching the gospel without ever dying. He then tells them that they are more blessed for this desire. Here, Jesus affirms that God is a God of life, and that death, with hell, is indeed an awful monster, as described by Nephi. More blessed than those who would die for Christ are those who would, if possible, live for Christ.

The message of this Book of Mormon passage is particularly pertinent today, while we are learning, through modern science and technology, to extend and enhance life. There are some who argue that it’s immoral to extend human life indefinitely. There are others who see such power as an endowment from God, and as means of deliverance from Nephi’s awful monster. Will we, like the Three Nephites, be more blessed by making use of the means provided? Or will we sit still, supposing that God will deliver us despite our apathy? Perhaps desire for life, expressed in our actions, will bring for us the prophesied day of transfiguration when mortal lives will be as the age of a tree, there is no death, and we are changed in the twinkling of an eye.

Science and religion are compatible, not necessarily because of any discovery or revelation, although those may abound in our perspectives. Rather, science and religion are compatible because we can and should make them compatible. It’s primarily a matter of choice. It may require some humility and willingness to acknowledge that we don’t already have the best understandings of one or the other, but it’s in our interest, both practically and morally.

God willing, we’ll enjoy some things that are even better when mixed together.