The Big Bang from Posthuman Computers in Black Holes? 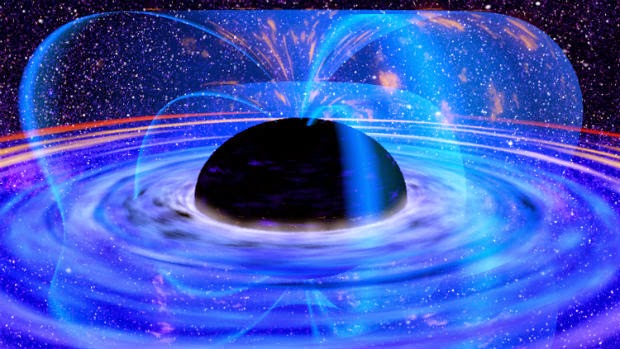 A friend asked for my opinion on what came before the big bang. I’m not a physicist or cosmologist, but I read enough to have (dangerous) opinions that might provoke imagination in productive directions. With that disclaimer, here are my thoughts.

First, maybe there wasn’t a big bang. Clearly, scientific consensus embraces the big bang, and I personally have nothing against the idea. The only reason I mention this possibility is that some contemporary experts are working on models of the universe that abandon the big bang.

Second, it may not be meaningful to consider what came before the big bang. Attempting to do so may be like considering what came before time, or thinking hard about sentences like this one: “this sentence is not true”.

Maybe the verses in a multiverse are engaged in cosmic-scale evolution. Perhaps, like biological life on Earth, verses have a mechanism of inheritance that passes its characteristics from parent to child verses, varying and vying for selection and further prapogation within the multiverse.

This idea is not original. For example, see Smolin’s fecund universes theory. In Smolin’s theory, to the extent I’m acquainted with it, black holes are the mechanism of both reproduction and inheritance. Thus, in this view, our big bang was the beginning of a black hole in another verse of the multiverse, and the black holes in our verse contain child verses.

Perhaps not all child verses inherit characteristics that make them good at producing yet further child verses. Yet, over time, it seems that the pattern of inheritance, variation and selection would naturally result in the propagation of verses that are increasingly good at passing along highly competitive characteristics.

How would a verse in the multiverse store the information required to produce competitive children? How would it initiate the process of reproduction? Would it vary child characteristics merely randomly? Or, over time, could it expedite the process and evolve more “intelligently”, only directing resources towards possibilities that are more likely to survive and thrive?

In such a multiverse, verses with characteristics that tend to produce advanced intelligence may have an advantage over others. Instead of creating lots of black holes with relatively random variation within the scope of the local cosmological constants, an intelligent verse could ignore child verse possibilities that do not meet its criteria and volitionally direct resources toward the most viable possibilities.

The idea of smart verses, competing in a multiverse, is compatible with the Creation Argument (one of the arguments in the New God Argument). Posthumans, with cosmic-scale computing power, might choose to compute new verses, carefully defining the parameters and launching the process in a black hole. Why in a black hole? Because black holes are dense, which enables higher-speed processing.

Now, back to the original question: what came before the big bang? … perhaps an indefinite regression of parent verses, at least the most proximate of which are smart verses computed in black holes by our posthuman creators. If something like this (less specifically, an indefinite regression of created worlds) is not the case, we and our descendents almost certainly will not go on to create many verses that are experientially like our own – for the reasoning behind this, again see the New God Argument.