Responding to the Rise of Techno-Gods 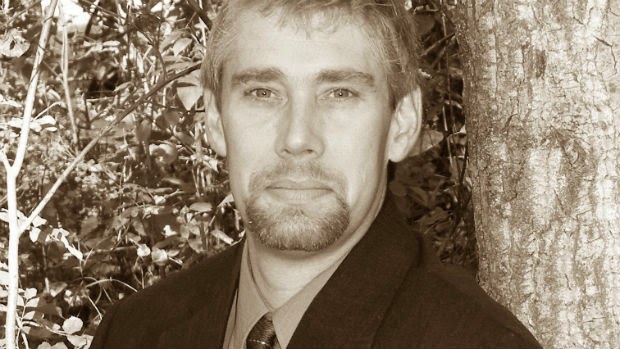 Carl Teichrib, editor of the “Forcing Change” journal, drove for two days to attend the recent Transhumanism and Spirituality conference sponsored by the Mormon Transhumanist Association in Salt Lake City UT. Afterward, he wrote a review of the conference in his journal and discussed his experience in an interview on the “View from the Bunker” radio show hosted by Derek Bilbert. In both the written review and the radio interview, Carl demonstrates himself to be thoughtful and articulate. Most of the information he provides is accurate, even if he occasionally demonstrates an inclination toward sensationalism over completeness. Some of the observations he makes are also quite insightful, making for an interesting read. Below are some brief thoughts in response to portions of his review and interview.

Carl identifies a drive among transhumanists to become masters of their own future. This is generally accurate. However, there are some important nuances to this idea among some transhumanists, recognizing that our technology is possible only within a context that we didn’t make for ourselves. From a more religious perspective, this can be articulated as acknowledgement that it’s only within a context of God’s grace that our works have any efficacy – from Mormon scripture, it is by grace we are saved after all we can do.

Carl quotes a transhumanist, Mark Pesce, who declares that “there is no God but man”. Many transhumanists would agree with that notion. I disagree with it, as would many other religiously-inclined transhumanists. While ancient humans, if they could see us, would perhaps characterize us as god-like, I do not consider humanity god-like. Rather, as do most Mormons, I look higher and better for God, and I consider it utterly improbable that we can become like God unless God already exists. My trust is that there is a God above humanity, although Carl and I would disagree on aspects of the nature of that God.

Carl also quotes another transhumanist, Richard Seed, who declares war on anyone who would interfere with him becoming God. I agree with Carl that Richard’s declaration is troubling. The God I would emulate does not seek godhood at others’ expense, but rather would sacrifice himself (to perhaps any extent short of annihilation) to raise us together in godhood. Benevolence, not merely power, is essential to godhood.

Carl’s positioning of Mormon sources suggests that he is still working on a proper understanding of Mormon appeals to authority. For example, he quotes Bruce R McKonkie’s “Mormon Doctrine”, which was never actually doctrine and is no longer in print. He also describes Sunstone magazine as a “scholarship and issues journal of the Latter-day Saints”, which may lead some readers to think incorrectly that the magazine is an official publication of the LDS Church (the largest and best-known Mormon denomination). The better appeals to authority are when Carl quotes Joseph Smith and Brigham Young, and references to living LDS Church authorities would have been much better than a dead modern authority whose book is controversial among Mormons today.

When summarizing the views of some of the presenters at the conference, Carl is generally accurate, but focuses on some ideas with which I would disagree. For example, although one presenter stressed the worth of the group over individuals, I think we should seek balance and reconciliation between individuals and communities, as well as their environments (check out my matrices). Another presenter suggested that we should destroy old myths and replace them with new myths, but I think (reflecting Jesus’ teachings that all should be fulfilled) we should seek ways to understand and benefit from the old myths, preserving them, even while building on them with new myths, adding revelation to revelation as we progress in our understanding of and relationship with God. Additionally, a presenter explained that scriptural miracles could be understood as exaggerated examples of God expressed in our lives, which I think is a reasonable possibility, but I also recognize the possibility of miracles (not supernatural, but awesome) as the Matrix architect does as he pleases, so to speak.

Carl’s representation of Max More, one of the keynote speakers, is not complete. Rightly, Carl calls attention to Max’s history of anti-religiosity, but Carl leaves out any acknowledgement of Max’s softening toward religion in recent years. There was a time when a younger Max probably would not have agreed to present at a conference sponsored by an organization like the Mormon Transhumanist Association. That time has passed. Max mentioned at the conference that perhaps he’s becoming a “softy” because his perspective on religion as a whole is now not so negative as it once was, even if he maintains a negative assessment of some forms of religion, particularly its fundamentalist incarnations.

In that spirit, here are a few disagreements that I have with Carl’s thoughts on how religious transhumanism is incompatible with the Bible and Christianity. Carl says that “biblical christianity recognizes only one god”. I respond (with Joseph Smith) that the plurality of gods “is all over the face of the Bible”, and the one god spoken of in the Bible is that unity to which we are invited by Jesus. Carl says that “to attempt god-like ascension is the height of pride”. I respond that such was Jesus’ example, although his fellows attempted to stone him. Carl says such pride was “the downfall of Lucifer”. I respond that the Bible teaches the downfall of Lucifer to be in the aspiration to raise himself above others rather than to raise ourselves together. Finally, Carl says that “Jesus Christ as the ‘only way to the father’ … cannot mesh with this spiritual universalism”. I respond that the Bible teaches both Jesus Christ and Christ in you. Of course, Carl probably knows the Bible text well and interprets it differently than I, but this is a difference of interpretation (that has been argued between Mormons and other Christians for nearly 200 years) rather than just a facile dismissal of the Bible on either side.

In closing, I thank Carl for the time he invested in traveling to, attending and reviewing the Transhumanism and Spirituality conference, and I invite his feedback on my thoughts – certainly no ill-will intended or assumed.