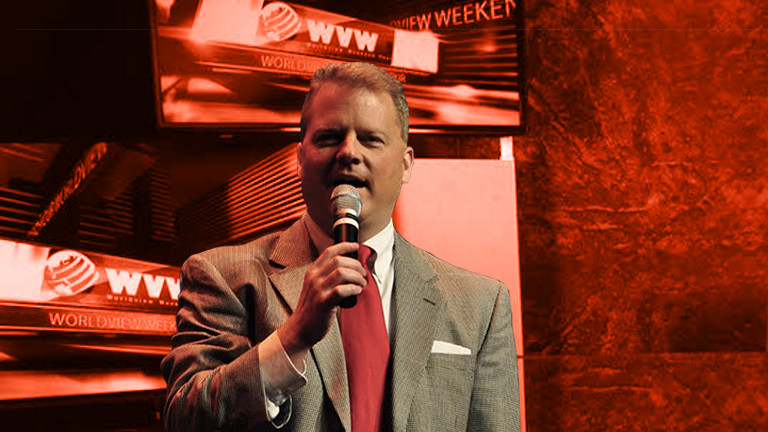 Fundamentalist Christians are demonizing Transhumanism. It’s not new, of course. But it has become increasingly frequent and hostile.

That’s a sampling of words and phrases that Brannon Howse of Worldview Weekend Radio associates with Transhumanism, and hopes you will associate with Transhumanism. They’re quoted from Brannon’s interview of Carl Teichrib on 1 December 2010. This is the same Carl that recently attended and wrote about the Transhumanism and spirituality conference sponsored by the Mormon Transhumanist Association.

Not to leave anyone out, NASA is also “fooling around with demons.”

Although more measured in his own statements, Carl doesn’t do much to reign in Brannon’s rantings. He mentions that he’s had constructive conversations with some Transhumanists that he considers to have good intentions. But positions those good intentions as futile within a movement that is carelessly directing humanity down a slippery slope and over a cliff to destruction.

Carl then talks about how he’s not anti-technology. But he thinks it’s important that we acknowledge the accompanying risks. Has he not yet recognized that such concerns are emphasized more by Transhumanists than any other ideological class of persons? It’s not an exaggeration to say Transhumanists wrote the book on such risks.

These Fundamentalist Christians (self-identified “Biblical Christians”) largely misunderstand and consequently misrepresent Transhumanism. They do so in a demonizing manner. And then they wonder, ironically, why so many of us are antagonistic toward them.

They expect their God eventually to come show us who’s boss. “There’s only one God and I’m going to show you who it is.” Do they hear the oppression in their own words?

Can they yet imagine themselves incomplete in their understanding of those they demonize? Do they care?