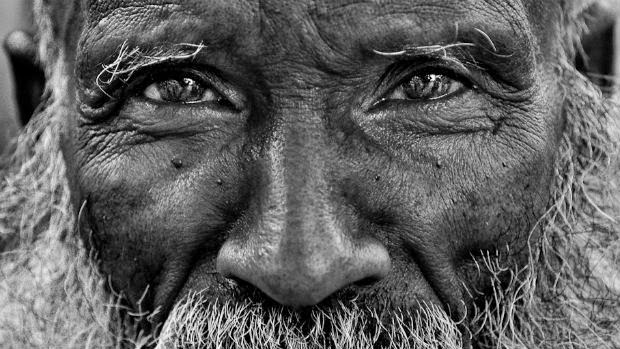 I wrote a short fictional/exegetical article entitled “‘Look!’ and Live: Meditation on 3 Nephi 28” for the December 2010 issue of Sunstone Magazine. Before sharing the text of the article, I’d like to share some thoughts that complement the article.

Consider also what Jesus does NOT touch in 3 Nephi 28: 12. He touches each of the nine disciples, but none of the three. Instead, the three are “caught up into heaven” and transfigured. Jesus doesn’t personally do everything. The prophecies are that everyone shall hear the gospel of Christ and everyone shall be transfigured or resurrected to glorified bodies, but the prophecies are NOT that Jesus will directly do all the work. Rather, we are called to participate according to our abilities.

Finally, consider the emotional message of the passage. The three are worried about what others might think of their desire, to the point of hesitating to share it. Yet, in the end, they gain the greater approval. Neither Mormons nor Transhumanists are particularly popular, even with each other. From some secular perspectives, Mormons have all the baggage of Christian superstition plus some extra crazy stuff, and Transhumanists are pseudo-religious nut jobs. From some religious perspectives, Mormons are apostate heretics and Transhumanists are harbingers of the apocalypse. Yet what if trust in our ability to achieve radical life extension is essential to realizing it? In that day, those who were once stumblingblocks and fools may gain the greater approval.

Here’s the text of my article. Please share your thoughts in the comments. Thank you.

“What do you want after I’m gone?”

Zed swallowed. He had expected the question, but still was not ready. No one answered. The question echoed in the silence. Which of you, if your child asks for bread, will give a stone? If asked for fish, will you give a snake? Ask and you’ll receive.

The questioner reached out. Zed tilted his head slightly and raised an eye to see just past the head in front of him to where the questioner’s hand rested briefly on another. They spoke quietly. Zed couldn’t hear. The questioner touched another and another, as they spoke. Zed strained to listen, watching sincere wishes flicker across faces. The questioner turned, and Zed returned behind the head. Heart racing, he silently rehearsed familiar words. They are delivered from that awful monster, death. If I die in the dark, it’ll be because I don’t ask.

“What do you want after I’m gone?”

Zed heard the question repeated faintly, and soon again less faintly. Closing his eyes, he thought he could make out others’ words, asking for reunion and rest, and the questioner’s response, “You’re blessed.”

He shuddered. My wish is a sin. I should be content with my allotment. We must die.

He dared not move, but essayed a peek at the ground. The feet of the questioner were near. If I touch even his clothes! The grace, justice, power and mercy of deliverance from death.

“I know your thoughts.”

Zed started. Carefully, his head was raising. Tentatively, his eyes were meeting the questioner. As many as look with trust will live.