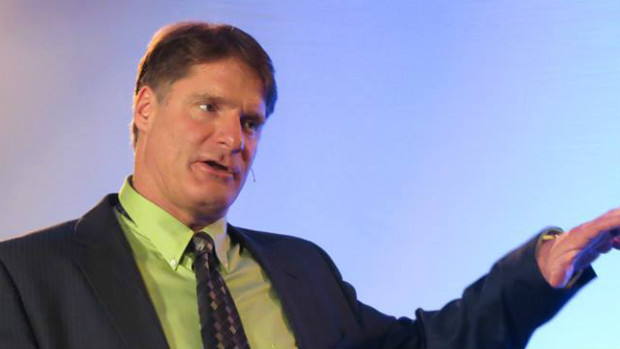 In my last blog post, I responded to Cris Putnam’s criticism of Christian Transhumanism. He has now responded to me.

He begins by telling his audience that I am neither Christian nor a Bible believer. These are half truths, reflecting old half truths expressed for nearly 200 years by fundamentalist Christians when describing Mormons. The whole truths are: (1) I identify as a Christian, and disagree with fundamentalist Christian interpretations of Christianity, as they disagree with mine; and (2) I respect the Bible as a valuable manifestation of the Spirit of God, although I do not consider it unique or infallible as do fundamentalist Christians. I think Cris knew these things, and i invite him to be more honest when characterizing me, or when characterizing other Mormons. It is no more honest of him to declare that I’m not a Christian Bible believer than it would be for me to declare the same of him. We disagree on how best to interpret Christianity and how best to value the Bible. That’s the whole truth.

Next, Cris rehashes the charge that Pelagianism is incompatible with the Bible. His proposed evidence is that his faith tradition has identified Pelagianism as a heresy. Of course, my faith tradition and other Christians have disagreed. Clearly, appealing to a faith tradition will be fully persuasive only to those who uncritically accept that faith tradition. More interesting than particular faith traditions’ assessment of Pelagianism is the question of whether and why we should agree with any of them. Can we do anything to contribute to our salvation? What practical difference, now and in the future, does it make to believe one way or the other? The extreme Calvinists hold that there’s nothing we can do. The extreme Pelagianists hold that everything depends on us. For practical reasons, I assert that we should act as if all depends on us, while always gratefully acknowledging the context of grace that enables our life and actions. I also assert that this view is compatible with the Bible, which teaches of the value of both works and grace. The two are not mutually exclusive, despite Cris’ protest. Indeed, the two are mutually dependent. Without grace, works are impossible. Without works, grace is meaningless.

Now, I should say something about the Book of Mormon. Cris mentions surprise that any scientifically literate Transhumanist would identify as Mormon, given that DNA analysis of native Americans has provided no support for the historicity of the Book of Mormon. Although Cris exaggerates the science, I acknowledge that we have no objective evidence for the historicity of book. That said, I do consider the book to be a manifestation of the Spirit of God, primarily because of the positive effects in my life of trying to live the principles taught in the book. As with the Bible and other texts, I judge the divinity of the Book of Mormon based on its practical spiritual effects, and not on its purported historicity or exposition of scientific principles. As another example with which many Christians identify, I find inspiration in the Bible’s creation account, although I consider it mostly non-historical and non-scientific.

Cris proceeds to defend the dichotomy he posits between Christ and technology as means for salvation in areas such as immortality and resurrection. I’ve already addressed this, with a simple example (just one of innumerable) of how the two are not logically mutually exclusive. I have also already briefly mentioned that Cris’ own use of tech is clearly more broad than his own narrow definition of appropriate Christian use. I’ll only add here that the Bible does not exclude us from participating in the work of Christ to bring about immortality and resurrection. To the contrary, the Bible repeatedly invites us to take on the identity of Christ, thereby taking on what Cris refers to as Christ’s “job description”. Cris considers this idolatry of self and tech. I don’t worship tech. It is merely power to be used for good or evil. I also don’t worship any exclusive Christ. I worship the inclusive Christ, who invites all to participate according to our several and differing abilities to our common salvation within the context of opportunity provided by God. The idolatry is in the worship of impotent gods that cannot save us or oppressive gods that would raise themselves above all else called God.

Finally, Cris suggests that it is logically impossible to be a theist and a philosophical materialist. He’s incorrect. The Bible does not teach that God is immaterial. It teaches that God is spirit. Spirit need not be interpreted as immaterial, and God can be spirit without being exclusively spirit. The Bible teaches that God is not a man. It also teaches that we are the children of God with divine potential. Posthumans, likewise, are not human; yet they may have created us, and we may become them. The Bible teaches God is in and through all things. This does not require immateriality or incorporeality. As a mundane example, computer hardware is in and through all of its software. Cris’ expressed inability to understand these possibilities is not evidence of their logical incoherence.

In the Bible creation account, God says humans would be created in his image. Satan repeats this, combining it with the idea that humans would not die. If Satan lied then it was a partial lie, unless God also lied. I posit that God did not lie: we were and are yet being created in the image of God, which increasingly entails emulation of the creative capacity of God.