Quantum Archeology and the Resurrected You 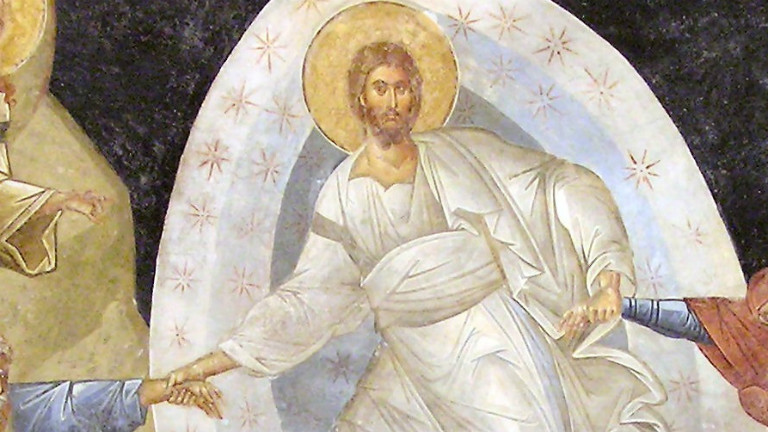 At a recent conference on transhumanism and spirituality, I spoke on Transfigurism and proposed the following thought experiment:

Imagine a posthuman historian. Using the tools of quantum archeology, she traces backwards through time and space from effects to causes. Sampling a sufficiently large portion of her present, she attains a desired probabilistic precision for a portion of her past, and she generates you. The future-you is distinguishable from the present-you, but no more so than the today-you is distinguishable from the yesterday-you. You are resurrected.

Whether the resurrected being in the thought experiment is actually you depends on what you assume you are (and perhaps whether your assumption is correct, but that gets into some epistemology I’m not going to get into here). I assume I’m a pattern of information (a spirit) embedded in and shaping a particular substrate (a body and a world). The pattern of information that I am did not begin when the biological aspect of my present substrate (my body) began, and my information pattern will not end when that biological aspect ends. I don’t know to what extent my information pattern was or will be conscious or volitional prior to and after its present biological manifestation, but I suspect I was less conscious and volitional than I am now to at least the extent that I am now less conscious and volitional than I might be if ever I become posthuman.

Essential to the thought experiment is the assumption that it would be possible, via quantum archeology in the distant future, to trace your pattern of information back from its then-present manifestation in the general substrate (whatever might be left of your body plus its cascading effects in the world at large) to its manifestation at peak consciousness and volition and then back further to even earlier origins. Also assumed is that we could then engineer something like an aggregation of the history of your manifestation in a conscious and volitional person – the resurrected you. Also essential to the thought experiment is the assumption that all aspects of your identity could be traced in this way, and that there are no immaterial or irreproducible aspects.

Some may feel that such a resurrected being would not really be the same person as the being that died so long ago. In response, I wonder what would be different to any extent that matters. Every aspect of your body already changes as you live. Even from day to day, our bodies replace parts of themselves and we lose consciousness while we sleep. How would a resurrection that restores our pattern of information to a consciousness- and volition-empowering substrate (biological or otherwise) be different in kind than present experiences? Why would it detract from our identity any more than present experiences?

What about our uniqueness? If we’re patterns of information that can be reproduced in the future, could not millions of copies be made? Yes. It appears that millions of copies could be made. At the moment they’re made, they would each be you, and their identities would diverge from that point forward. Is that a good or bad thing? Maybe it’s bad, and perhaps we’ll seek to regulate quantum archeology to ensure the preservation of uniqueness and control of identity.

That reminds me of some quotes from Brigham Young:

“The intelligence that is in me to cease to exist is a horrid thought; it is past enduring. This intelligence must exist; it must dwell somewhere. If I take the right course and preserve it in its organization, I will preserve to myself eternal life. This is the greatest gift that ever was bestowed on mankind, to know how to preserve their identity… The principles of life and salvation are the only principles of freedom; for every principle that is opposed to God—that is opposed to the principles of eternal life, whether it is in heaven, on the earth, or in hell, the time will be when it will cease to exist, cease to preserve, manifest, and exhibit its identity; for it will be returned to its native element.” (Journal of Discourses 5: 54)

“It has also been decreed by the Almighty that spirits, upon taking bodies, shall forget all they had known previously, or they could not have a day of trial—could not have an opportunity for proving themselves in darkness and temptation, in unbelief and wickedness, to prove themselves worthy of eternal existence. The greatest gift that God can bestow upon the children of men is the gift of eternal life; that is, to give mankind power to preserve their identity—to preserve themselves before the Lord … Cleave to light and intelligence with all your hearts, my brethren, that you may be prepared to preserve your identity, which is the greatest gift of God.” (Journal of Discourses 6: 333)

“[The sons of perdition] will be decomposed, both soul and body, and return to their native element. I do not say that they will be annihilated; but they will be disorganized, and will be as though they never had been, while we will live and retain our identity, and contend against those principles which tend to death or dissolution. I am after life; I want to preserve my identity, so that you can see Brigham in the eternal worlds just as you see him now. I want to see that eternal principle of life dwelling within us which will exalt us eternally in the presence of our Father and God. If you wish to retain your present identity in the morn of the resurrection, you must so live that the principle of life will be within you as a well of water springing up unto eternal life.” (Journal of Discourses 7: 57-58)