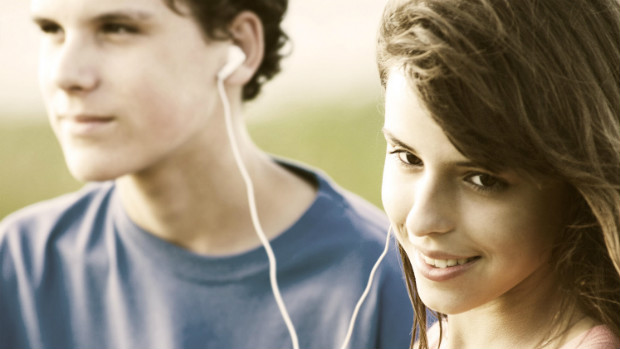 I have three sons that I love dearly, and I care about their education in all areas, including sexuality. I want them to understand that sex is beautiful and fun, when accompanied with love, respect and responsibility. I also want them to understand that sex can be abused, potentially harming our relations, as well as our own psychological well being.

Recently, a teaching opportunity came. My wife and I were reviewing with my oldest son some music recommendations from a friend at school. One of the songs on the list was “Rack City”. After reading the lyrics, I wrote the following note for my son. Perhaps it will be interesting or helpful to others. What are your thoughts?

The title contains “Rack”, which is a slang reference to women’s breasts, as well as “City”, which is used casually to signify abundance, implying that the focus of the lyrics will be abundant breasts. Of course, there’s nothing wrong with abundant breasts, so far, but then the intro associates them with advocacy of sexism.

The intro repeats the title of the lyrics, adding “bitch” each time. The word “bitch”, as used in this context, is a derogatory term for a woman, suggesting that the woman is like an animal (literally a dog) or a slave. The intro also repeats the phrase “mugga on the beat”, which is a reference to selling sex, or prostitution. Together, the repeated intro lyrics urge us to think of women as mere slave objects. This is the essence of sexism.

The first verse of the lyrics continues the advocacy of sexism. It associates money with sex acts, implying prostitution. It references engaging in sex acts with unknown persons, promoting the health and psychological risks of promiscuity. It repeatedly implies that women are animals or slaves. And it also references engaging in sex acts with persons already married to someone else, promoting the social risks of adultery.

After the first verse, the lyrics return to repeating the words and suggestions of the intro, advocating prostitution, sexual slavery, and sexism.

The second verse continues the advocacy of sexism. It begins by suggesting that a nice car is more important than a woman. It encourages selling women as prostitutes. It suggests woman that are not successful as prostitutes should hide their bodies. It advocates violence to secure access to women. And it introduces additional derogatory terms for women, implying they are of little value.

As before, after the second verse and until the end, the lyrics return to repeating the words and suggestions of the intro, advocating prostitution, sexual slavery, and sexism.

The lyrics of “Rack City” encourage spiritual violence against women. When we pay for, listen to, or encourage listening to such messages, we empower those who oppress women. Whether we like it or not, and whether we think ourselves in control or not, such messages shape our thoughts, words and actions, which in turn shape our communities and world. Fortunately, our modern world is moving away from celebrating sexism. We are beginning to understand better its negative consequences, and to choose to speak and act against them. However, many of us still need to learn these lessons, and teenagers are particularly vulnerable because their hormones are outpacing their brains.

There’s nothing wrong with women, beauty or sexuality. There’s much wrong with degradation, cheating, irresponsibility, and sexism. They lead to negative emotions and inter-personal conflicts of interest, which in turn lead to violence and other forms of oppression. Far better is to encourage love, responsibility, commitment, and building others up. That too can be sexy, far more beautiful, and ultimately more fulfilling and enduring.