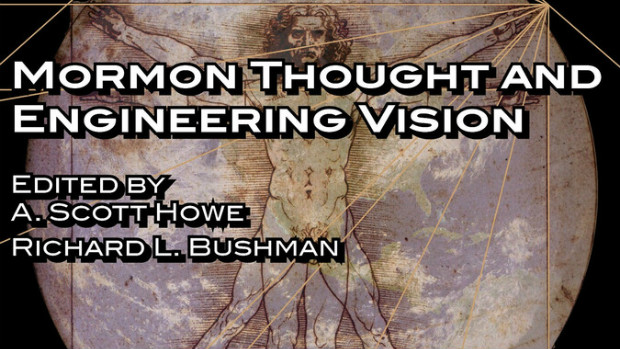 I’m pleased to announce that Parallels and Convergences: Mormon Thought and Engineering Vision is now available for purchase.

In 2009, the Claremont School of Religion, the LDS Council on Mormon Studies and the Mormon Scholars Foundation sponsored the Mormonism and Engineering conference. Richard Bushman (Claremont College Howard W Hunter Chair of Mormon Studies, and author of “Rough Stone Rolling”) and Scott Howe (specialist in robotic construction at NASA Jet Propulsion Laboratory) organized the conference. And the Mormon Transhumanist Association assisted with video recording and web site hosting. Several members of the Mormon Transhumanist Association also presented at the conference.

Here are some of my blog posts from before and after the conference:

The new book, Parallels and Convergences: Mormon Thought and Engineering Vision, contains many of the papers presented at the conference, revised and edited over the last two years. I co-authored three of the papers:

Here’s a description of the book from the publisher, Kofford Books:

The earth will eventually be renewed and receive its paradisiacal glory. But how will our current world ever become the heaven of our dreams? The Lord is already on it; and, as the essays in this book provocatively propose, He’s following good engineering principles.

Joseph Fielding Smith said, regarding inventions in these latter days, “The inspiration of the Lord has gone out and takes hold of the minds of men, though they know it not, and they are directed by the Lord. In this manner he brings them into his service.”

If there is “no such thing as immaterial matter,” and “all spirit is matter,” then what are the implications for such standard theological principles as creation, human progression, free will, transfiguration, resurrection, and immortality? In eleven stimulating essays, Mormon engineers probe gospel possibilities and future vistas dealing with human nature, divine progression, and the earth’s future.

Richard Bushman poses a vision-expanding proposal: “The end point of engineering knowledge may be divine knowledge. Mormon theology permits us to think of God and humans as collaborators in bringing to pass the immortality and eternal life of man. Engineers may be preparing the way for humans to act more like gods in managing the world.”

And here’s an excerpt from the foreword by Richard Bushman:

Mormon theology leads us to see eternal implications in engineering. Engineers enable us to make the world more comfortable and to perform incredible feats of movement and communication. But their work may go beyond the amelioration of the human condition. The end point of engineering knowledge may be divine knowledge. Mormon theology permits us to think of God and humans as collaborators in bringing to pass the immortality and eternal life of man. Engineers may be preparing the way for humans to act more like gods in managing the world.

Kindliness, wise parenting, righteousness, and service are probably more fundamental in leading humans toward eternal life. But improving our physical world fits serves divine purposes, too. In constructing better worlds, engineers may be learning godly skills. From a Latter-day Saint perspective, they may be incipient creators.

The papers in this volume capture the thought of a group of LDS engineers exploring the interactions of their work and their belief at the beginning of the twenty-first century. Ideally these essays will launch a discussion that will continue for many years to come.

Buy your copy of Parallels and Convergences: Mormon Thought and Engineering Vision today!