From Following Christ to Being Christ 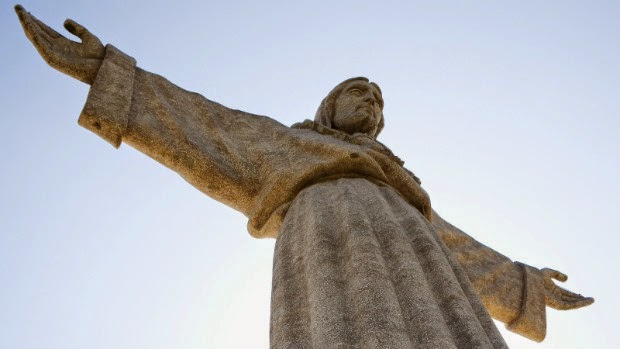 In conversation with a friend today, he commented that Paul in the New Testament seems to tell us to leave behind Christ (Hebrews 6: 1). I don’t think that’s an accurate interpretation of the passage. But I do think Paul invites us to leave behind the infancy of following Christ for the maturity of being Christ.

Below are two translations of Paul’s words (Hebrews 5-6). Notice the bolded parts. Here’s the NIV version:

“Every high priest is selected from among the people and is appointed to represent the people in matters related to God, to offer gifts and sacrifices for sins. He is able to deal gently with those who are ignorant and are going astray, since he himself is subject to weakness. This is why he has to offer sacrifices for his own sins, as well as for the sins of the people. And no one takes this honor on himself, but he receives it when called by God, just as Aaron was.

“In the same way, Christ did not take on himself the glory of becoming a high priest. But God said to him, ‘You are my Son; today I have become your Father.’ And he says in another place, ‘You are a priest forever, in the order of Melchizedek.’

“During the days of Jesus’ life on earth, he offered up prayers and petitions with fervent cries and tears to the one who could save him from death, and he was heard because of his reverent submission. Son though he was, he learned obedience from what he suffered and, once made perfect, he became the source of eternal salvation for all who obey him and was designated by God to be high priest in the order of Melchizedek.

“We have much to say about this, but it is hard to make it clear to you because you no longer try to understand. In fact, though by this time you ought to be teachers, you need someone to teach you the elementary truths of God’s word all over again. You need milk, not solid food! Anyone who lives on milk, being still an infant, is not acquainted with the teaching about righteousness. But solid food is for the mature, who by constant use have trained themselves to distinguish good from evil.

“Therefore let us move beyond the elementary teachings about Christ and be taken forward to maturity, not laying again the foundation of repentance from acts that lead to death, and of faith in God, instruction about cleansing rites, the laying on of hands, the resurrection of the dead, and eternal judgment. And God permitting, we will do so.”

“For every high priest taken from among men is ordained for men in things pertaining to God, that he may offer both gifts and sacrifices for sins: Who can have compassion on the ignorant, and on them that are out of the way; for that he himself also is compassed with infirmity. And by reason hereof he ought, as for the people, so also for himself, to offer for sins. And no man taketh this honour unto himself, but he that is called of God, as was Aaron.

“So also Christ glorified not himself to be made an high priest; but he that said unto him, Thou art my Son, to day have I begotten thee. As he saith also in another place, Thou art a priest for ever after the order of Melchisedec.

“Who in the days of his flesh, when he had offered up prayers and supplications with strong crying and tears unto him that was able to save him from death, and was heard in that he feared; Though he were a Son, yet learned he obedience by the things which he suffered; And being made perfect, he became the author of eternal salvation unto all them that obey him; Called of God an high priest after the order of Melchisedec.

“Of whom we have many things to say, and hard to be uttered, seeing ye are dull of hearing. For when for the time ye ought to be teachers, ye have need that one teach you again which be the first principles of the oracles of God; and are become such as have need of milk, and not of strong meat. For every one that useth milk is unskilful in the word of righteousness: for he is a babe. But strong meat belongeth to them that are of full age, even those who by reason of use have their senses exercised to discern both good and evil.

“Therefore leaving the principles of the doctrine of Christ, let us go on unto perfection; not laying again the foundation of repentance from dead works, and of faith toward God, of the doctrine of baptisms, and of laying on of hands, and of resurrection of the dead, and of eternal judgment. And this will we do, if God permit.”

Paul’s not saying that he wants to stop talking about Christ. To the contrary, he says he has much to say about Christ. But he’s having a hard time communicating more than the basics because we seem to be perpetually unready for anything more advanced.

Paul’s also suggesting that Jesus is not different from us in origin or potential. Somehow Jesus wasn’t the Son of God until God told him so. And Jesus did not begin perfected, but rather became perfected.

Paul would like to help us understand these things better. So he encourages us to move beyond the milk of Christ to the meat of Christ, beyond merely following Christ to fully being Christ, as Jesus exemplifies and invites us.