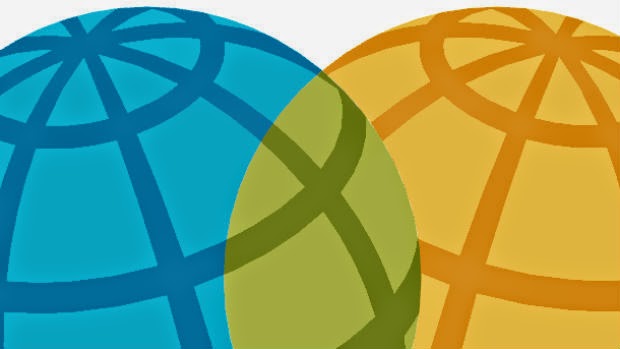 Every few years, the Office of the Director of National Intelligence publishes a report on global trends and projections of where those trends may take us in the next decade or two, not so much a prediction as a framework for thought and action. Note that the authoring organization is an umbrella for all US Government intelligence organizations, including the CIA and the NSA, arguably some of the best informed organizations in the world. I wonder, though, about the extent of their non-governmental influence because they report fairly low traffic (71,000 hits and 200 comments) to the blog dedicated to their latest report, entitled “Global Trends 2030”. In any case, I think the report merits more attention.

“We are at a critical juncture in human history, which could lead to widely contrasting futures. It is our contention that the future is not set in stone, but is malleable, the result of an interplay among megatrends, game-changers and, above all, human agency. Our effort is to encourage decisionmakers — whether in government or outside — to think and plan for the long term so that negative futures do not occur and positive ones have a better chance of unfolding.”

That’s how the report begins. Such a perspective, in essence, is not new to anyone acquainted with accelerating technological change and its cultural consequences. I want to echo and emphasize it: humanity is engaged in epochal change, an evolution with unprecedented risks and opportunities, and we as individuals are empowered like never before to affect the outcome for better or worse. The report, likewise, repeatedly echoes and emphasizes this introductory perspective, identifying “individual empowerment” and “diffusion of power” as two of the four most important trends, calling them “megatrends”, and recognizing technology as an accelerating driver of these trends.

“We have more than enough information to suggest that however rapid change has been over the past couple decades, the rate of change will accelerate in the future.”

The report classifies key technologies into four groups: (1) information technology as exemplified by big data, cheap computational processing and storage, global access, social media, cybersecurity, surveillance, and urban planning optimization; (2) manufacturing and automation as exemplified by 3D printing and robotics; (3) securing of vital resources as exemplified by genetically modified crops, precision agriculture, water irrigation techniques, solar energy, advanced bio-based fuels, and enhanced oil and natural gas extraction; and (4) health technologies aimed both at ameliorating debilitating diseases and at improving well-being. Consider how these technologies are breaking down traditional concentrations of power and distributing it like never before, the Internet for information, solar for energy, 3D printing for manufacturing, and I would add digital currencies like Bitcoin for finances – a development which has become more apparent since the publication of the report. Imagine an inexpensive portable solar-powered device with an Internet connection, capable of 3D printing and exchanging payments in Bitcoin. Now imagine distributing them worldwide!

Another megatrend identified in the report is “demographic patterns” toward older median ages, decreased poverty, and increasing urbanization worldwide, with the balance of economic growth shifting to Asia. Some developed locations, particularly in Europe and Japan, may continue to face declining economic growth as a consequence of their aging populations. However, the report also points out that worldwide aging will probably be accompanied by improving health consequent to advances in medical and bio- technologies, and it seems possible that workforce shortages in developed locations may be more than offset by improvements in AI, robotics, education and training. Assuming the correlation between developed locations and declining economic growth persists, an interesting exception may be locations such as Utah, where religion encourages relatively higher rates of procreation, even among wealthier demographics. Regarding urbanization, the report makes this remarkable claim that may encourage you to invest in real estate:

“Owing to rapid urbanization in the developing world, the volume of urban construction for housing, office space, and transport services over the next 40 years could roughly equal the entire volume of such construction to date in world history.”

Consequent to worldwide demographic changes, and further reflecting individual empowerment and diffusion of power, the US Government may decline in relative power, becoming what the report describes as “first among equals” rather than an exceptional superpower. The report suggests that, while world war is always at least a remote possibility, it seems to be increasingly unlikely.

“Unlike in the interwar period, completely undoing economic interdependence or globalization would seem to be harder in this more advanced technological age with ubiquitous connections … In most cases, US power will need to be enhanced through relevant outside networks, friends, and affiliates that can coalesce on any particular issue. Leadership will be a function of position, enmeshment, diplomatic skill, and constructive demeanor.”

I think you’ll agree that’s the kind of world we want to live in: more soft power naturally perpetuating itself in a virtuous cycle, and less hard power recurrently asserting its dominance through force. However, we shouldn’t suppose that the improbability of world war entails a world devoid of serious violence or intentional catastrophe.

“On the one hand, we see the potential for greater individual initiative as key to solving the mounting global challenges over the next 15-20 years. On the other hand, in a tectonic shift, individuals and small groups will have greater access to lethal and disruptive technologies (particularly precision-strike capabilities, cyber instruments, and bioterror weaponry), enabling them to perpetrate large-scale violence—a capability formerly the monopoly of states.”

Such recognition of the correlation between technological complexity and systemic risk underlies the logic in the Benevolence Argument of the New God Argument. Successful navigation of these risks probably will require general increases in cooperation (functional benevolence). While general cooperation does not preclude instances of malevolence, it seems that increasing general cooperation is nonetheless a persistent natural hurdle to maintaining current degrees of technological complexity and attaining yet higher degrees. The report explores some specific risks, labelled “black swans”, and I also recommend the more in-depth analysis provided in Global Catastrophic Risks.

The final megatrend identified in the report is “growing food, water, and energy nexus” or basically the observation that sustained population growth will require substantially more resources. The tone associated with this observation is not alarmist. Rather, the tone is cautionary, pointing out that we’ll not necessarily be faced with scarcities so long as we work together to manage our resources better and continue investing in and leveraging related technological solutions (see the third group of key technologies above).

The report concludes by profiling four “potential worlds” that may result from the megatrends, associated risks and opportunities, and our actions. The first is “stalled engines” or the probable worst case scenario, in which globalization and economic growth decline while violent conflicts increase. The second or probable best case scenario is “fusion”, in which global cooperation improves with leadership from both the USA and China. The third is “gini-out-of-the-bottle”, in which global inequalities become exacerbated and various locations experience moderated versions of the first two potential worlds. The third is a “nonstate world”, which seems to me to be much like the third potential world with the addition of successful nonstate actors compensating to some extent for a lack of global leadership among states. While this final potential world may sound quite positive to the entrepreneurial and anti-statists among us, it presents significant risks that, as mentioned above in conjunction with the Benevolence Argument, our current level of global cooperation may not (yet?) be sufficient to mitigate.

“Will governments and institutions be able to adapt fast enough to harness change instead of being overwhelmed by it?”

For that matter, how about you and me? Will we adapt fast enough? Do we want to? If so, what will we do to leverage this unprecedented diffusion of power to individuals? Cynics will suggest that, unprecedented or not, the diffusion of power is still insufficient for persons like you and me to make much of a difference. Maybe they’re right, but if they’re wrong then it’s only by acting as if they’re wrong that we’ll know for sure.