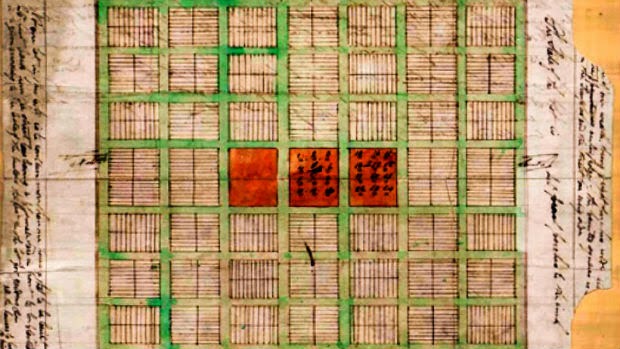 The Mormon doctrine of theosis (or deification) is, so far as this Mormon is concerned, the most profound and beautiful idea in the religion. The Church of Jesus Christ of Latter-day Saints, by far the largest Mormon denomination and the one of which I’m a member, recently published to its website an article entitled “Becoming Like God”, reaffirming its embrace of the idea and explaining some of the history behind it.

Understandably, many non-Mormons have low esteem for theosis, imagining it in terms of polytheistic pantheons popping around the universe, vying to control and colonize planets with their polygamist wives. Even some Mormons don’t have much esteem for it, as illustrated by my favorite columnist for the Salt Lake Tribune, Robert Kirby, who writes that he “won’t worry about becoming like God”, basically because he doesn’t think he or anyone else could be trustworthy as gods, as illustrated by the poor behavior of God in the Old Testament.

While I actually share the concerns expressed by Mormons like Robert, and while I understand well the origins of caricatures that color non-Mormon assessments, I nonetheless contend they both fundamentally misunderstand one of the most important aspects of the Mormon doctrine of theosis: it is communities, not individuals per se, that become like God. The idea, admittedly expressed on occasion by some Mormons, that individuals become Gods independent of their communities simply does not fully account for the full breadth of relevant scriptural and prophetic tradition on the matter.

Here is just a taste. In the Bible, Jesus teaches we should be one in God with him; and the apostle Paul echoes Jesus, teaching that we should all be one in the Body of Christ, and that we can be joint heirs with Jesus in the glory of God. Joseph Smith claimed that “God” in the Biblical creation story, translated from the Hebrew word “Elohim”, should have been translated as “Gods” plural, and the Book of Abraham elaborates on the story, explicitly attributing the creative act to a community called “the gods”. Joseph also taught that our salvation is inter-dependent with that of everyone else, and that the heavenly glory of God maintains the same sociality we now enjoy, except to a more glorious degree. For sources and many more relevant quotes, check out these lists of Christian authorities on theosis and Mormon authorities on theosis.

When we emphasize the communal aspect of theosis, the idea that only we together may become like God, not displacing God but rather becoming one in God, we change the overall conception in a vitally important way. We no longer imagine raising ourselves above all else, declaring ourselves God, which behavior the Bible associates with the Satanic archetype. Rather, we imagine raising each other together, as exemplified and invited by Jesus. We come together with common hope in a better world for everyone. We trust in, change toward, and fully immerse our bodies and minds in the role of Christ, becoming saviors that would reconcile with each other and for each other, loving and serving each other, atoning as a community. Then we become like God: learning, loving and creating together indefinitely.