Does the Mormon God Shun? 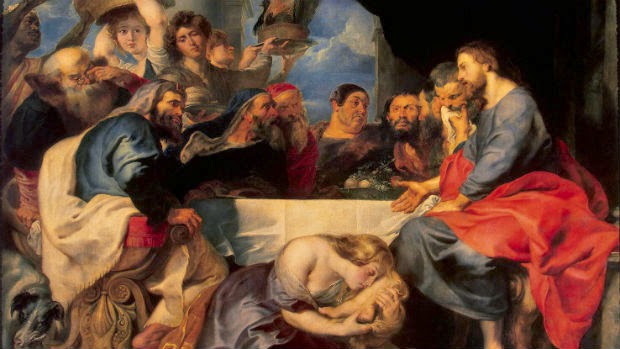 In response to the recent atheist and Mormon panel discussion, Holly Welker asks, “Is Shunning a Part of Mormonism?” The question has sparked some controversy, most recently among some of my friends. While I sympathize with Holly’s concern, I disagree with her conclusion that we must understand the Mormon God in terms of shunning. Rather, as I’ll describe later in the post, I think we can and should understand the Mormon God in terms of virtues, diversities, and capacities that are quite the opposite of shunning, even incompatible with shunning, while also incompatible with conceptually impoverishing or irrational notions of universal inclusivity.

Holly begins by presenting BYU Professor J.B. Haws’ view that Mormonism is inclusive because it allows persons to become Mormon after death, followed by American Atheists President David Silverman’s view that this is still exclusive because those who choose not to become Mormon are excluded. There are a few problems here. First, Holly appears to be equivocating between shunning and exclusion, although the latter does not logically entail the former; we can exclude without shunning. Second, J.B.’s characterization of Mormon inclusivity is only part of a case that can be made for the inclusivity of Mormonism, which arguably is universalist in its doctrine of salvation (more about this later). Third, although there are certainly limits to Mormon inclusivity, there are in fact limits to all meaningful inclusivity, including that of American Atheists; I just tried to join, but I’m unwilling to pay them $35, so I’m excluded.

Holly mentions that American Atheists is raising money to assist Utah youth that were kicked out of their homes when their parents learned that they are gay or atheist, and she follows that with BYU Professor Richard Holzpfel’s observation that he doesn’t know of anything in Mormonism that would condone such behavior. Here are a few observations. First, it’s true, sad, and morally reprehensible that some Mormons have kicked their children out of their homes for such reasons; although I don’t personally know any Mormon that has done such a thing, so I imagine the number to be quite small. Second, leaders of the LDS Church have verbally condemned such behavior, and I would like to see the Church go further and formally discipline members for such behavior, although that would indeed be exclusive. Third, I love that American Atheists is helping these youth; I wonder if they would be willing to help youth kicked out of their homes for becoming Mormons? Fourth, while I would agree that Mormonism on the whole teaches me NOT to behave in such a way toward my children or anyone else, I disagree with Richard’s observation that there’s nothing in Mormonism that would teach me so; we can certainly find statements in Mormon scripture and authoritative tradition that some would use to justify such behavior.

Holly then asks, “How can [Mormons] not acknowledge and deal with [their] doctrine of a final judgment and of people being assigned to the telestial, terrestrial and celestial kingdoms and outer darkness?” After the question, she explains that, despite her fear that her Mormon family would shun her for leaving the Church, they never have. She observes that her family seems more loving than the God they worship, which she characterizes as follows:

“God won’t make me welcome in his home. God has said that because of my choices, I won’t be allowed in his presence … The God of Mormonism shuns his children for all eternity when they don’t do what he wants … in LDS eschatology, being with your family forever is the carrot and being eternally shunned by them — not because they don’t love you, maybe, but because you just don’t belong where they do — is the stick.”

While I acknowledge some Mormons believe in such a God, and while I acknowledge that they can justify their views through appeals to aspects of Mormon scripture and authoritative tradition, such a characterization of Mormon theology is an unnecessarily narrow and shallow strawman caricature. Here are some brief, all too brief, thoughts on a stronger characterization of God and related eschatology as presented in Mormon scripture and authoritative tradition:

1) Far from infallible or consistent, the prophetic tradition from ancient to modern times reflects and illustrates humanity’s complex evolving understanding of and relationship with God. While we can and many do find inspiration in the tradition, we should also recognize its inherent limitations. We should not forget either our hearts or our minds when we engage the tradition, pretending that we could somehow evade personal responsibility for discerning its value in light of whatever wisdom and inspiration we have gained over time. Accordingly, God as described by the prophetic tradition is and always will be insufficient, which is yet compatible with its utility as provocation to seek and cultivate a personal understanding of and relationship with God.

3) The prophetic tradition teaches that law is unavoidable, even for God. Some desires are simply logically incompatible with some communities, and all desires constrain the possibility space of communities. If I want to murder, I can’t fulfill that desire in a murderless community. As soon as I fulfill the desire, the community is by definition no longer murderless. Moreover, the extent to which persons in my community desire murder will almost certainly correspond with the extent to which murder actually attains, which in turn could result in possibilities ranging from annihilation (if everyone acts on a desire for murder) to the socioeconomic benefits of unprecedented cooperation (if no one desires to murder).

5) The prophetic tradition teaches that God relates with non-God as fully as possible within the constraints of compassion, understood not in terms of suffering mitigation but rather in terms of thriving cultivation. While this God would sacrifice almost everything else to cultivate thriving, it is not a nihilistic God. While this God would inspire us with nothing less than divine opportunities, it is not an escapist God. And while this God would provoke us with nothing less than hellish risks, it is not an apathetic God. The God presented in Mormon scripture and authoritative tradition weeps with us, rejoices with us, consoles and heals through us, and would raise us all, without exception, together as an embodied and communal Godhood in eternal life that’s warm as love and real as light. This is the Eternal Atonement of Christ, which Jesus exemplifies and in which Jesus invites us all to participate, reconciling all of the tensions and conflicts between and among our bodies’ desires, minds’ wills, relations’ rules, and worlds’ laws, perpetually seeking two-way redemption of the exception, without which all of salvation for everyone is incomplete – an endless work.

More can and should be written about Mormon theology in relation to shunning, but I hope this will begin to persuade some Mormons to shun less and some non-Mormons to trust that Mormonism need not be characterized in terms of shunning. As I mentioned at the beginning of this post, I sympathize with Holly’s concern. I do. There have been times in my life, particularly during my younger years, when I have wondered whether God would shun me, so to speak. Could I ever be good enough? Looking back, I recognize those thoughts do indeed reflect aspects of Mormon scripture and authoritative tradition, particularly as emphasized and interpreted by some Mormons. I know the pain of it, and I’ve observed it in other Mormons with too much regularity. We can and should do better. The prophetic tradition can and should be interpreted in better ways. We can and should reject aspects of it that lead to shunning thoughts and behaviors. We can and should celebrate aspects of it that motivate us to love, really love, as broadly and deeply as possible. After all, such love is doctrinally central to Mormonism: an immersive discipleship of Jesus Christ, whose Gospel is neither more nor less than trust in, change toward, and full immersion of our bodies and minds in the role of Christ, gods and saviors that love, console, heal, raise, and create – not shun.