Ray Kurzweil and the Postsecularization Hypothesis 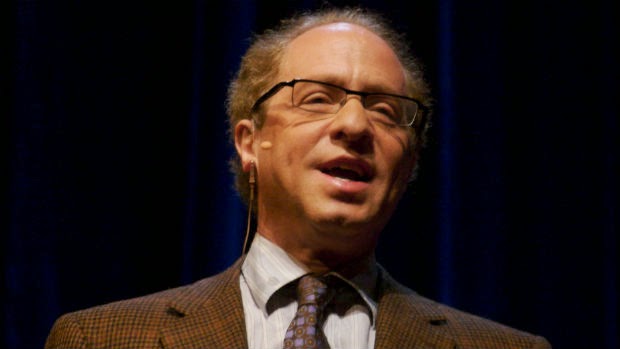 The most obvious examples can be found in the titles of Kurzweil’s most well-known books, The Age of Spiritual Machines and The Singularity Is Near. And, although he may be an atheist or agnostic, he yet chose explicitly to leverage references to “God” inside these books as at least a literary device, if not a vision for the future of humanity. Here are several examples:

“Even if we limit our discussion to computers that are not directly derived from a particular human brain, they will increasingly appear to have their own personalities, evidencing reactions that we can only label as emotions and articulating their own goals and purposes. They will appear to have their own free will. They will claim to have spiritual experiences. And people – those still using carbon-based neurons or otherwise – will believe them.” (The Age of Spiritual Machines)

“The spiritual experience – the feeling of transcending one’s everyday physical and mortal bounds to sense a deeper reality – plays a fundamental role in otherwise disparate religions and philosophies. Spiritual experiences are not all of the same sort but appear to encompass a broad range of mental phenomena. … Regardless of the nature and derivation of mental experience, spiritual or otherwise, once we have access to the computational processes that give rise to it, we have the opportunity to understand its neurological correlates. With the understanding of our mental processes will come the opportunity to capture our intellectual, emotional, and spiritual experiences, to call them up at will, and to enhance them.” (The Age of Spiritual Machines)

“When we can determine the neurological correlates of the variety of spiritual experiences that our species is capable of, we are likely to be able to enhance these experiences in the same way that we will enhance other human experiences. With the next stage of evolution creating a new generation of humans that will be trillions of times more capable and complex than humans today, our ability for spiritual experience and insight is also likely to gain in power and depth. Just being – experiencing being conscious – is spiritual, and reflects the essence of spirituality. Machines, derived from human thinking and surpassing humans in their capacity for experience, will claim to be conscious, and thus to be spiritual. They will believe that they are conscious. They will believe that they have spiritual experiences. They will be convinced that these experiences are meaningful. And given the historical inclination of the human race to anthropomorphize the phenomena we encounter, and the persuasiveness of the machines, we’re likely to believe them when they tell us this. Twenty-first-century machines – based on the design of human thinking – will do as their human progenitors have done – going to real and virtual houses of worship, meditating, praying, and transcending – to connect with their spiritual dimension.” (The Age of Spiritual Machines)

“An evolutionary algorithm can start with randomly generated potential solutions to a problem, which are encoded in a digital genetic code. We then have the solutions compete with one another in a simulated evolutionary battle. The better solutions survive and procreate in a simulated sexual reproduction in which offspring solutions are created, drawing their genetic code (encoded solutions) from two parents. We can also introduce a rate of genetic mutation. Various high-level parameters of this process, such as the rate of mutation, the rate of offspring, and so on, are appropriately called ‘God parameters,’ and it is the job of the engineer designing the evolutionary algorithm to set them to reasonably optimal values. The process is run for many thousands of generations of simulated evolution, and at the end of the process one is likely to find solutions that are of a distinctly higher order than the starting ones. The results of these evolutionary (sometimes called genetic) algorithms can be elegant, beautiful, and intelligent solutions to complex problems.” (The Singularity is Near)

“Yes, well, we need a new religion. A principal role of religion has been to rationalize death, since up until just now there was little else constructive we could do about it. … We’d want to keep two principles: one from traditional religion and one from secular arts and sciences – from traditional religion, the respect for human consciousness. … From the arts and sciences, it is the importance of knowledge. … Not yet, but there will be [a God in this religion]. Once we saturate the matter and energy in the universe with intelligence, it will ‘wake up,’ be conscious, and sublimely intelligent. That’s about as close to God as I can imagine.” (The Singularity is Near)

“Again, ‘God’ is a word by which people mean different things. For the sake of your question, we can consider God to be the universe, and I said that I believe in the existence of the universe. … The universe is not conscious – yet. But it will be. Strictly speaking, we should say that very little of it is conscious today. But that will change and soon. I expect that the universe will become sublimely intelligent and will wake up …” (The Singularity is Near)

“‘To transcend’ means ‘to go beyond,’ but this need not compel us to adopt an ornate dualist view that regards transcendent levels of reality (such as the spiritual level) to be out of this world. We can ‘go beyond’ the ‘ordinary’ powers of the material world through the power of patterns. … It’s through the emergent power of the pattern that we transcend. Since the material stuff of which we are made turns over quickly, it is the transcendent power of our patterns that persists. … Random strokes on a canvas are just paint. But when arranged in just the right way, they transcend the material stuff and become art. Random notes are just sounds. Sequenced in an ‘inspired’ way, we have music. A pile of components is just an inventory. Ordered in an innovative manner, and perhaps with the addition of some software (another pattern), we have the ‘magic’ (transcendence) of technology. Although some regard what is referred to as ‘spiritual’ as the true meaning of transcendence, transcendence refers to all levels of reality: the creations of the natural world, including ourselves, as well as our own creations in the form of art, culture, technology, and emotional and spiritual expression. Evolution concerns patterns, and it is specifically the depth and order of patterns that grow in an evolutionary process. As a consummation of the evolution in our midst, the Singularity will deepen all of these manifestations of transcendence.” (The Singularity is Near)

“I noticed, of course, many parallels among the world’s religious traditions, but even the inconsistencies were illuminating. It became clear to me that the basic truths were profound enough to transcend apparent contradictions.” (The Singularity is Near)

“This, then, was the religion that I was raised with: veneration for human creativity and the power of ideas.” (The Singularity is Near)