"Religion" and "God" and Fundamentalism 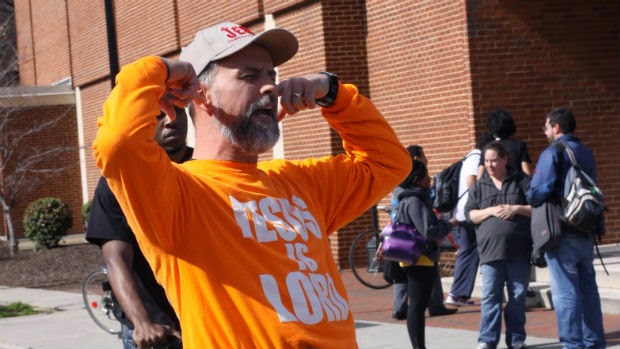 I’m sometimes criticized for using “religion” and “God” in unusual ways. Generally, this criticism comes from persons with fundamentalist inclinations of either the religious or antireligious sort, whose relatively rigid views of religion and God inform their opinion that I’m diverging from what these words really or generally mean. Of course some of these persons probably would not like to be categorized as fundamentalists, or as having fundamentalist inclinations, but I think the categorization is accurate. I’ll explain why, in light of dictionary definitions “fundamentalism”, “religion”, and “God”.

The Oxford dictionary, which seems to be broadly respected, defines “fundamentalism” as (1) “a form of a religion, especially Islam or Protestant Christianity, that upholds belief in the strict, literal interpretation of scripture” and (2) “strict adherence to the basic principles of any subject or discipline”. I support both of these definitions, and consider the first to be a special case of the second. When I use “fundamentalism” in my writing, I’m probably using the second definition unless I explicitly qualify my use to a special case, religious or otherwise.

The Oxford dictionary defines “religion” as (1) “the belief in and worship of a superhuman controlling power, especially a personal God or gods”, (2) “a particular system of faith and worship”, and (3) “a pursuit or interest to which someone ascribes supreme importance”. I mostly support these definitions, and again consider the first to be a special case of the last. These are refreshingly good definitions of “religion”. Too many dictionaries make reference to supernaturalism, which is not at all essential to religion, and too few recognize that religion is at least as much about practice (or “pursuit” or “worship”) as it is about belief. In the general definition, I particularly like the references to “pursuit” and “supreme importance”, which in my own words would be “practice that provokes a strenuous mood”. The only shortcoming of this particular general definition is that it doesn’t explicitly acknowledge the essential communal aspect of religion. If it’s just one person or otherwise lacks the communal aspect, I would probably call it “spirituality” rather than “religion”. In any case, when I use “religion” in my writing, I’m probably using the general definition provided here with the additional qualification that I’m probably talking about something communal, unless I explicitly qualify my use to a special case.

The Oxford dictionary defines “God” as (1) “the creator and ruler of the universe and source of all moral authority; the supreme being”, (2) “a superhuman being or spirit worshiped as having power over nature or human fortunes; a deity”, (3) “an image, idol, animal, or other object worshiped as divine or symbolizing a god”, (4) “used as a conventional personification of fate”, (5) “an adored, admired, or influential person”, (6) “a thing accorded the supreme importance appropriate to a god”, and (7) “the gallery in a theater”. As with Oxford’s definitions of “religion”, these definitions of “God” are comparatively pretty good, with the caveat that a definition of “God” is always ironic. I consider the sixth definition to be the general case of which the others are special cases. I particularly like that it corresponds with the general definition of religion in its use of “supreme importance” and that it uses “a thing accorded” to acknowledge projection. When I use “God” in my writing, I probably mean something close to the general definition provided here unless I explicitly or overtly implicitly qualify my use to a special case, which I do quite often in the case of “God”.

In light of these definitions, I contend that persons who criticize me for using “religion” and “God” in unusual ways are expressing fundamentalist inclinations to special cases of “religion” and “God”. They are insisting on strict adherence to the basic principles of a particular religion or God, even if they happen to reject the existence or morality of that particular religion or God, rather than allowing for discussion of religion and God in general. While I’m highly interested in some of the special cases, and I certainly enjoy analyzing and discussing those, I’m at least as interested in the general case, and I don’t have interest in privileging one fundamentalist’s special case above another, or any of them above the general case. That is because I’m highly interested in the functions of religion and God, not just today, but also yesterday and tomorrow, in deep history and into our possible futures. The patterns of their evolution through time and space intrigue me for many reasons, not the least of which is that they represent the evolution of humanity’s strongest actions for our greatest concerns, that God about which we are religious, which I’m persuaded has and yet will shape us more deeply than the remainder of our concerns and actions, which are by definition the weaker.

I’ll close with some thoughts from the founder of Mormonism, Joseph Smith, who sometimes commented on fundamentalism in ways that proved to be quite as applicable to his own shortcomings and mine, as Mormons, as to those of other faiths. In other words, my experience has been that Mormons are as likely to succomb to fundamentalism as are the adherents of other religions. After all, Mormonism does have its explicitly fundamentalist sects, as well as its less explicit but nonetheless quite obvious fundamentalisms among mainstream members of the LDS Church.

“The great thing for us to know is to comprehend what God did institute before the foundation of the world. Who knows it? It is the constitutional disposition of mankind to set up stakes and set bounds to the works and ways of the Almighty.” (History of the Church 5: 529–30)

“I say to all those who are disposed to set up stakes for the Almighty, You will come short of the glory of God. To become a joint heir of the heirship of the Son, one must put away all his false traditions. … When God offers a blessing or knowledge to a man, and he refuses to receive it, he will be damned. The Israelites prayed that God would speak to Moses and not to them; in consequence of which he cursed them with a carnal law.” (History of the Church 5: 554-555)

“I cannot believe in any of the creeds of the different denominations, because they all have some things in them I cannot subscribe to, though all of them have some truth. I want to come up into the presence of God, and learn all things; but the creeds set up stakes, and say, ‘Hitherto shalt thou come, and no further’; which I cannot subscribe to.” (History of the Church 6: 57)