What Is the Value of Religion? 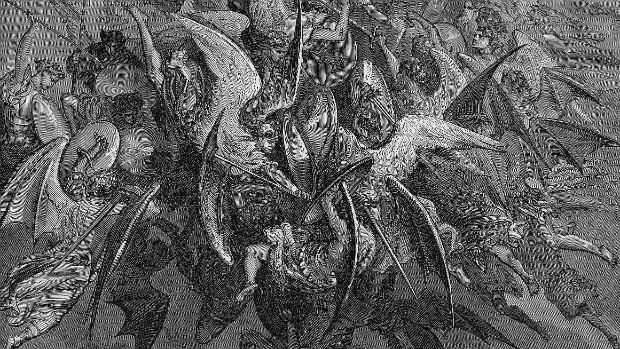 The value of religion depends, of course, on what you mean by “religion”. If religion is merely euphemization of escapism or nihilism, as it so often manifests itself, then it probably has a net negative value – “probably” only because I can imagine some poor unfortunate souls that are constituted in ways that are painfully incompatible with the world as presently or possibly configured. Too many of us use religion or are used by religion to stop caring about the world and each other, except to the extent it and we happen to be “good” already. Too many of us wait on God (or an analog) to solve our problems. Too many of us demand that others wait for God to solve our problems. Too many of us posit heaven (or an analog) far away in time or space – or even as negation of time and space. Is it any surprise, then, that our world in practice reflects this escapism and nihilism?

If religion is merely an instigator of conflict over convoluted propositions about supernatural entities, as it also so often manifests itself, then again it probably has a net negative value – here, “probably” only because I can imagine some that are constituted in ways that are stunningly incomprehensible to the rest of us, and whose expressions, if they form propositions at all, must inescapably baffle us while nonetheless being the greatest possible fulfillment of their will to relate with us. Some celebrate faith as irrationality, deriding science and reason, supposing their sacrifice to be required by God. Some indulge in superstition, carelessly embracing their own interpretation of experience without concern for reconciling others’ interpretations and experiences. Some mindlessly repeat and otherwise consent to the positions of authorities under duress of social pressures.

So we have a choice, individually, whether to engage the tool or not. Will we expose ourselves to the risks and opportunities, persuading each other, and joining in religious community? And yet, whether we recognize it or not, there’s a risk and opportunity both ways. What kinds of communities and consequent experiences can arise only within the context of a shared strenuous mood? Do we value those? Can we pursue those opportunities in ways that mitigate associated risks? Can we, with wisdom and inspiration, design our religions for the better? Alternatively, can we mitigate the risks of irreligion? What could we lose by choosing against the religious impulse and drive? When the most vital moments of life come calling, perhaps when the very existence of our community is on the line, or when nothing less than our greatest aspirations suffice, will we have what it takes to come together?

It’s interesting to note how many of my apparently technophilic peers are actually quite technophobic when it comes to social technologies. Many love the powerful gadgets of the introverts, while becoming squeemish at even a hint of the powerful processes of the extroverts. Many others engage the form of religion, ritualizing their gadget love beyond mere marketing, and yet cannot or will not see their behavior for what it is. Even now in this post, I’m engaging some of these social technophobes by employing secular descriptors for the religious phenomenon, as if they were somehow the most accurate descriptors, as if they could present the sublime in a general way rather than at best merely proxy for accounts that have evolved across many generations within the vocabularies of those who actually experience the sublime in ways that move them together.

The problem with secularism is not that it’s evil, as some religious persons claim, but rather just that it’s weak in itself. How could anything so bland be evil? How could anything devoid of the strenuous mood be a worthy foe for a God? Secularism certainly is useful in its own ways, and most particularly as a context in which to regulate competing religions and encourage them to non-destructive expressions. But of course it can do so only by aspiring to the disinterestedness of a referee at a sporting event, or by being as dry as a moderator at a debate. And in both cases the real value of the dry disinterestedness arises entirely from its relation to and service of the wet interestedness of the contenders.

How about Humanism? Is that an alternative to religion that rises above the weakness of mere secularism? Yes and no. Yes, it can be an alternative to religion, as many non-strenuous practices can be alternatives to strenuous practices. No, it doesn’t rise above the weakness of secularism unless it is a religious Humanism, which of course is quite possible – and in some forms even quite recommended, so far as I’m concerned. Recall that this assessment is not hypothetical, here, in context of my definition of “religion”, in context of defining “religion” in terms of its observable historical and present function across the various phenomena we’ve commonly labeled as “religion”. Only if we require a definition that narrows religion to presecular, supernatural, or irrational behaviors can we claim some forms of Humanism to be strenuous non-religious practices.

In any case, I’m a religious person. Surely that’s in part for reasons beyond my ability to control. But I’m also religious, at least in part, quite intentionally. I trust in our capacity to engage in religion, to mitigate its risks, and to harness its power to provoke us to a shared strenuous mood for work toward a better world, beyond mere survival, beyond present notions of suffering and death, to radical flourishing in creation and compassion. I trust certain kinds of religion can take us there. I believe they’re even necessary (albeit insufficient in themselves) to take us there, because nothing short of the religious drive to life may prove sufficient to counter the religious drive to death.