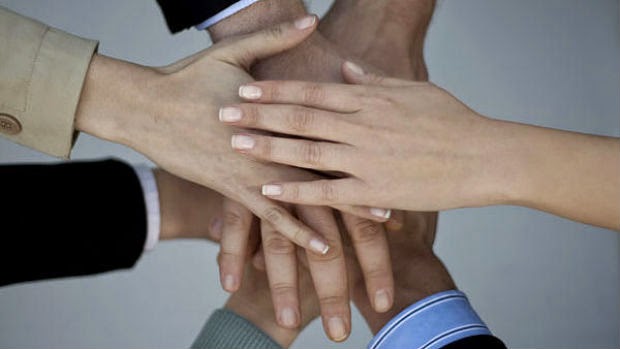 Personally, I’m a Humanistic Mormon only to the extent that Transhumanism is a form of Humanism. I reject forms of Humanism that assess humanity in any static manner or as anything like the culmination or climax of evolution. I don’t think humans should be the focus of human life any more (or less) than dogs should be the focus of dog life. We should aim at radical flourishing in creativity and compassion generally, according to and in reconciliation of our varying capacities and desires. That aim should always point beyond our present capacities and desires. As such, it is, for humans, a posthuman aim, and God always has been and is at least a posthuman projection. Thus, our focus should be on God, discovered to the extent it already exists, created to the extent it doesn’t yet exist. I do agree, however, that this God should not be understood in terms of supernaturalism. This God is a natural God that becomes God through natural means, suggesting how we might do the same.

“2. How can you be Mormon if you don’t believe in God? Membership in the Mormon people is not a function of belief it is a function of identification, connection, and history.”

I believe in God, or more accurately: I posit God, as an article of faith. While I reject supernaturalism, I yet see in many supernatural interpretations of God extents of compatibility with my own views, so I try to emphasize those compatibilities as points of integration for improving understanding and persuasion.

“3. Why call what you do Mormonism? Mormonism is the evolving culture of the Mormon people. There is no single way to be Mormon. What Mormons do is called Mormonism. What Humanistic Mormons do as Mormons is Mormonism. Pluralism in Mormon life enriches Mormonism and enables a more inclusive and enriched Mormon community.”

I generally agree with the pluralistic approach to Mormonism, although I also advocate the expression of disagreement among Mormons, even regarding assessments of Mormon identity. In particular, I challenge the identity of self-described Mormons that reject the doctrine of theosis, which is the heart of Mormonism, so far as I’m concerned.

“4. Why are you a separate movement in Mormonism? What distinguishes Humanistic Movements from other movements that identify humanistic themes in Mormonism is our resolve to create a consistency between our philosophy and our liturgy (what we believe and what we say and do). Humanistic Mormon celebrations, ceremonies, and commemorations use human-centered non-theistic language. The words we say and the songs we sing follow this guideline. We call this principle integrity and it is fundamental to our identity as Humanistic Mormons.”

I disagree with efforts to separate religious language from liturgy. Doing so will only weaken the liturgy. However, I do see value in efforts to communicate ideas in both religious and secular language, and providing means of interpreting and moving between them with consistency and honesty.

If Humanistic Mormonism is committed only to secular categories, where is the Mormonism? I suspect there’s actually more going on than is articulated in the enumeration of commitments. It seems there’s at least a commitment to Mormon identity, and that must have some connotations, such as those described in previous sections, to which Humanistic Mormonism is equally committed.

“7. Isn’t the Mormon religion (orthodoxy)/Prophets responsible for what Mormonism is? No one owns “Mormonism” it belongs to all of humanity and to all types of Mormons and even belongs to Post-Mormons or Ex-Mormons who have a right to say what they think Mormonism should become or what they think Mormonism is. There are many ways of interpreting what Mormonism is, no one way is the right way. It belongs to world culture and world society as well as the many differing types of Mormons to decide what “Mormonism” is. One thing we are sure of Mormonism will continue to evolve. Humanistic Mormonism is just one step in that evolution, it is sure to keep evolving in the future.”

I agree that Mormonism is evolving and should continue to do so. A case for this can be made even for those of orthodox inclination, by appealing to the notion from the Articles of Faith that many great and important things are yet to be revealed.

I agree that ethics arise from relations, although I disagree that those relations need be human-centered. Depending on how “God” is understood, God may very well be essential to morality: if God is in part radical flourishing in compassion then God has everything to do with ethics.

“9. If you don’t pray, what do you do and who do you worship? We can use poetry and prose to express that connection. We can sing songs and we can meditate. We use materials that encourage reflection and meditation. And some Humanistic Mormons choose to pray. Worship is an ambiguous and loaded word. What does it mean ‘to worship’ as a Humanistic Mormon? If we do pray, we address ourselves in our uncertainty: ‘To Whom It May Concern.’ So whom or what would we worship? Probably many different things. But perhaps with a shared reverence and gratitude. So we still use the word ‘worship’ as an indication of our wonder and awe; and our recognition of the worth of the world around us, the life we share, and the beauty and mystery of being. For that is what piques our curiosity, inspires our imagination, warms our spirits, shapes our character, and contributes to our belonging and becoming. To worship is to celebrate life, in all its peculiarities.”

I agree that worship should be understood more broadly than it’s understood by many theists. However, a worship that focuses on that which we are already, instead of our posthuman potential (God), will almost certainly prove less transformative.

I generally value a broad approach to Mormonism, although I don’t see value in emphasizing former Mormons (ex-Mormons or post-Mormons) above Mormons.

“11. If you are Humanists why bother with Mormonism at all? Being Mormon is part of our identity. Indeed this is true of most traditional religions we are typically born into a faith that we had little choice or no choice in being part of. Indeed we were born into a faith and a culture and this becomes part of our identity. For those that converted to Mormonism later in life this also becomes part of our identity. When we added Humanism on to our identity we took up that identity as well. Thus the combination of Mormonism and Humanism as our identities is the natural course and evolution of our Humanistic Mormon identities. We are all curious to know who we are, to discover our roots and establish connections, to learn and to celebrate. Culture adds interest to our lives, whether it be music, literature, art, dance, or food.”

I like this explanation of why the Society for Humanistic Mormonism cares about both Mormonism and Humanism.

“12. Isn’t all Mormonism humanistic? Some of Mormonism is humanistic, although not all of it is. The confusion is usually around the differences between humanitarianism and humanism. Humanism is the reliance on people to solve human problems. Humanism includes humanitarianism, which is the act of promoting human welfare and social reform.”

“14. The Society for Humanistic Mormonism sounds rather accepting as a religion does it like Unitarian Universalism accept other religious/philosophical beliefs along with a Mormon Humanist identity or Mormon background in its membership? Humanistic Mormonism accepts Jewish, Muslim, Hindu, Buddhist, Christian, natural theist, atheist, agnostic, absurdist, deist, pandeist, pantheist, pagan, transhumanist, Taoist, and other beliefs. Or no particular theological label to their beliefs. Individuals within Humanistic Mormonism must search for themselves as individuals what to believe and this Society will not enforce any theological beliefs or creeds. Thus the traditions and spiritual practices of the Native Americans, Neopaganism, Christianity, Zen Buddhism, Judaism, Islam, Pantheism, Unitarian Universalism, Pandeism, and Deism are all welcome here. Whether the Humanistic Mormon decides the path that is earth-centered, agnostic, theistic, secular humanist, humanist, transhumanist, atheistic, Buddhist, or Christian all are welcome in this Society. Thus Humanistic Mormonism not only accepts any “Mormon” identity we are open to any religious or non-religious identity for ‘Mormonism’ accepts truth and the search for meaning wherever it may be found among humanity.”

As mentioned previously, I generally value a broad approach to Mormonism. However, I suspect the Society for Humanistic Mormonism will undermine its efforts if it doesn’t do more to establish unique identity boundaries apart from its name.

I appreciate these statements against sexism and discrimination based on sexual orientation. However, LGBT sexual practices can be wrong for the same reasons that other sexual practices can be wrong: when they’re engaged irresponsibly or oppressively. I advocate consensual and committed sexual relations for their beneficial psycho-social consequences, and I consider marriage to be an important reinforcer of consensual and committed sexual relations.

There is much that I appreciate and agree with in these statements, and I wish the Society for Humanistic Mormonism well in their efforts to advocate the many strengths of Humanism and to reconcile those strengths with their Mormon identity. I invite them to continue serious consideration of the theological implications of persistent change toward radical flourishing in creativity and compassion, particularly when empowered by religion and technology.