Post-Secularism and the Resurrecting God 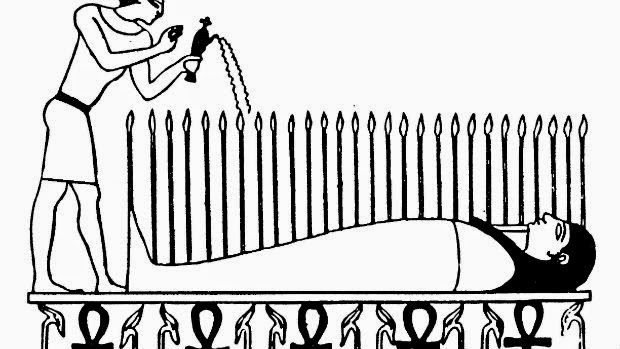 God is dead, proclaimed Nietzsche. He was right and wrong. Following their God, traditional forms of religion have been dying, particularly in many technologically advanced, specialized and prosperous countries. Consequently, many have embraced the secularization hypothesis: religion itself is dying. That hypothesis, however, now embraced less by experts than by anti-religious voices in pop culture, is showing its age. In its place, a new hypothesis is rising: post-secularization.

If God is merely a supernatural superlative, he very well may be dead, but positing such as God misses the function of God. God always has been and is at least a posthuman projection, an extension and negation of human desire, imagined and expressed within the constraints of human thought, language and action. That’s not to say God is only so much. To the contrary, as demonstrated in the New God Argument, we’ve moral and practical reasons to trust that others have already realized posthuman projections. However, no matter your attitude toward faith, God is at least this much: a posthuman projection. Understood in terms of that function, God clearly is not dead and never was, except to the extent death is part of evolution.

Likewise, if religion is merely genuflection to the supernatural, it very well may be dying, but again that overlooks function. Accompanying the post-secularization hypothesis is the idea that many of us have regarded religion too narrowly, and much that is supposed to be secular is actually functioning as religion. For example, some claim inspiration from science or ethics. Awe arises in us as we contemplate the vastness of the cosmos or the voice of the people. Yet the inspiration is not in the merely reductionist implications of science or the merely procedural implementation of justice. Rather, there’s an esthetic layer above them, in no way necessitated by them. It’s the esthetic layer that gives us any reason to care about science or ethics. It shapes and moves us, and at its strongest provokes us. Such provocative esthetic layers are religion.

Of course, none of this means science or ethics are or should be displaced by religion. To the contrary, science should continue to work out reconciliation between our contending accounts of experience, as ethics should our contending moral claims. Each should expand its reach to the uttermost, informing our esthetic sensibilities. Yet, even as their reach expands and empowers us, let’s not fool ourselves into supposing they’ll ever be sufficient in themselves. We care for and use them only in accordance with an esthetic. Certainly that esthetic is affected in a feedback loop with our ethics and science, but nonetheless the esthetic presents itself as foremost among them in the most vital moments of life, when we cannot wait for more information or greater empathy. In those moments, we must act, according to whatever wisdom and inspiration we might have. Life cannot wait.

How will we act? Will we see beauty in science? Will we feel unity in ethics? Will we care, and how much will we care? Could our degree of concern make a difference? These are questions that present themselves to all except perhaps the extremely apathetic, escapist or nihilistic among us. It’s not enough that we can describe our world through science or even imagine a better world through ethics. We also want to change our world, which we do through technology and politics. Likewise, it’s not enough that we can change toward a better world. We want to feel it. Finally, even feeling the better world is not enough because the feelings point beyond themselves: we want to share our feeling of the better world with others. As technology and politics are action on science and ethics, religion is action on art. As technology and politics are the power of science and ethics, religion is the power of art.

Those unfettered by religious and anti-religous dogmatism can already see the morning rays of post-secular religion, and know the hand raised to finish the dying God is the sign of the oath to the resurrecting God.