A Mormon View of the Judeo-Christian Creation Story 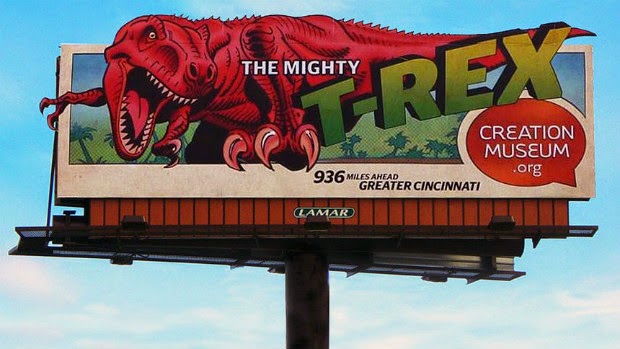 It prompted an interesting discussion on my Google+ page regarding interpretation of the Judeo-Christian creation story. The claim was made that the LDS Church (the largest Mormon denomination, of which I am a member) teaches that there was no death prior to six thousand years ago, when Adam presumably left the Garden of Eden and became mortal. While some Mormon authorities have certainly taught such ideas, I reject literal interpretations of the creation story.

A preponderance of convergent evidence from geology, astronomy, biology, anthropology and history demonstrates that:

Does that mean I reject the Judeo-Christian creation story? No. Well, it must mean at least that I take the creation story less seriously than do other Mormons? No, again.

To the contrary, I embrace the creation story in the most Mormon way!

In the Pearl of Great Price (a book of Mormon scripture), there is a wonderful passage that tells of Moses having a vision of God’s creation. During the vision, Moses sees many worlds, and God says to Moses:

“Worlds without number have I created; and I also created them for mine own purpose; and by the Son I created them, which is mine Only Begotten. And the first man of all men have I called Adam, which is many.”

I want to focus on that last phrase: “Adam, which is many”. There are at least two ways of interpreting this phrase. And both should give Mormons reason to reject fundamentalist Christian interpretations of the creation story.

Prior to our species evolving to a certain degree of mental complexity, and likewise prior to each of us maturing to a certain age, we could not conceptualize of death as we now do. The “fall” of Adam and Eve, then, is an increasingly emergent awareness of death, a growing knowledge of good and evil, and an assuming of moral agency. There was no death before the fall in this sense, although there certainly was death in the biological sense, as is more than sufficiently attested in the greatest of all God’s records accessible to us: the Earth itself.

I contend that looking at the Judeo-Christian creation story in this way, thinking of it in symbolic terms, and applying it to the spiritual development of humanity rather than our physical development, is more Mormon than literalistic interpretations. That’s because the symbolic interpretation makes more sense of our religious tradition as a whole. I gave one example above, when referencing the passage about Adam being many. Another example can be found in the second chapter of Second Nephi in the Book of Mormon, where Lehi describes the world before the fall of Adam in these terms:

At first read, this may sound like it supports the literal interpretation of the creation story. But there’s more! Consider how we should interpret the passage in light of words just a few verses before:

“It must needs be, that there is an opposition in all things. If not so, my first-born in the wilderness, righteousness could not be brought to pass, neither wickedness, neither holiness nor misery, neither good nor bad. Wherefore, all things must needs be a compound in one; wherefore, if it should be one body it must needs remain as dead, having no life neither death, nor corruption nor incorruption, happiness nor misery, neither sense nor insensibility.”

Again, this corresponds with the spiritual or psychological interpretation I provided above. Before the fall, before our emergence from innocence as a species and individually, we could not conceptualize of life or death as we do now. That’s what the creation story is about.

Finally, I’ll add some thoughts from Brigham Young. He was an early Mormon prophet and president of the LDS Church. And, in his General Conference sermon on 8 October 1854, he clearly rejected literal interpretation of the creation story:

Now about the rib: as for the Lord taking a rib out of Adam’s side to make a woman of, he took one out of my side just as much. ‘But, Brother Brigham, would you make it appear that Moses did not tell the truth?’ No, not a particle more than I would that your mother did not tell the truth when she told you that little Billy came from a hollow toadstool. I would not accuse your mother of lying any more than I would Moses. The people in the days of Moses wanted to know things that were not for them, the same as your children do when they want to know where their little brother came from; and he answered them according to their folly, the same as you did your children.

Some early Mormons weren’t prepared to give up their literal interpretations of the creation story. The same is true of some modern Mormons. But neither of those groups represents Mormonism in general. And there are far better Mormon accounts of the creation story that are perfectly compatible with contemporary science.