Church Has No Official Position on Human Evolution 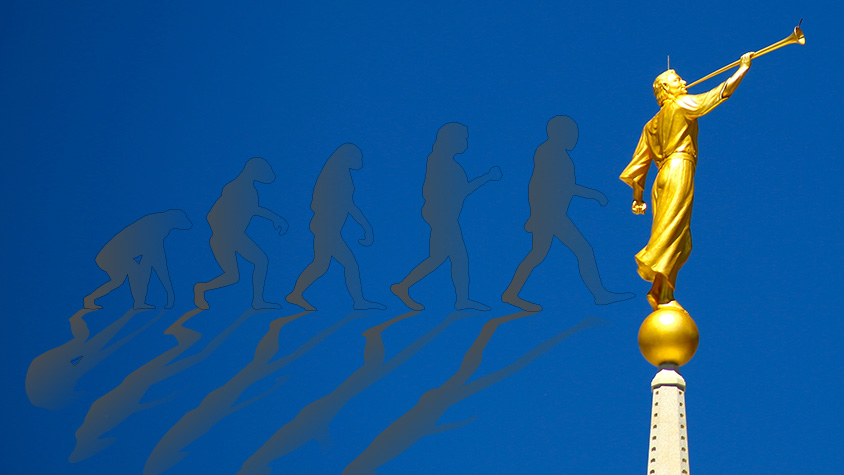 The Church of Jesus Christ of Latter-day Saints (LDS Church), the largest Mormon denomination, has no official position on human evolution. This should be repeated and emphasized, in part because the LDS Church has not done much to ensure this non-position is communicated to its members. Consequently, for many years, extending well before the beginning of my own life, many members have claimed that the Church opposes human evolution. They are incorrect, as demonstrated by the following statements from modern and historic Church authorities:

“The Church has no official position on the theory of evolution. Organic evolution, or changes to species’ inherited traits over time, is a matter for scientific study. Nothing has been revealed concerning evolution.” (New Era, 2016)

“The position of the Church on the origin of man was published by the First Presidency in 1909 and stated again by a different First Presidency in 1925: The Church of Jesus Christ of Latter-day Saints, basing its belief on divine revelation, ancient and modern, declares man to be the direct and lineal offspring of Deity. … Man is the child of God, formed in the divine image and endowed with divine attributes. The scriptures tell why man was created, but they do not tell how, though the Lord has promised that he will tell that when he comes again. In 1931, when there was intense discussion on the issue of organic evolution, the First Presidency of the Church, then consisting of Presidents Heber J. Grant, Anthony W. Ivins, and Charles W. Nibley, addressed all of the General Authorities of the Church on the matter, and concluded, Upon the fundamental doctrines of the Church we are all agreed. Our mission is to bear the message of the restored gospel to the world. Leave geology, biology, archaeology, and anthropology, no one of which has to do with the salvation of the souls of mankind, to scientific research, while we magnify our calling in the realm of the Church.” (President Heber J. Grant, First Presidency Minutes, 1931)

“What is it that a man is not allowed to believe? or be asked out of this church? … Is it evolution? I hope not, because I believe in evolution.” (President David O. McKay, Personal Conversation, 1954)

“The time of creation has ever been a subject of much comment and dispute. Yet I challenge anybody to produce from the Bible itself any finite limitation whatsoever of the periods of creation. By strained inferential references and interpretations men have sought to set the time in days or periods of a thousand years, but I feel sure that no justification of such limitations is warranted by the scriptures themselves. If the evolutionary hypothesis of the creation of life and matter in the universe is ultimately found to be correct, and I shall neither be disappointed nor displeased if it shall turn out so to be, in my humble opinion the Biblical account is sufficiently comprehensive to include the whole of the process.” (Apostle Stephen L. Richards, Improvement Era, 1933)

“One of the leading doctrines of the Church resembles the spirit of the law of universal growth so nearly that one is forced to believe that the great truth embodied by this doctrine is the truth shadowed forth by the law of evolution. … Joseph Smith taught a doctrine of evolution which in grandeur and in extent surpasses the wildest speculations of scientific evolutionists.” (Apostle John A. Widtsoe, Joseph Smith as Scientist, 1908)

“On the subject of organic evolution the Church has officially taken no position. The book ‘Man, His Origin and Destiny’ was not published by the Church, and is not approved by the Church. The book contains expressions of the author’s views for which he alone is responsible.” (President David O. McKay, Personal Letter, 1957)

“Dear Brother: … The Church has issued no official statement on the subject of the theory of evolution. Neither ‘Man, His Origin and Destiny’ by Elder Joseph Fielding Smith, nor ‘Mormon Doctrine’ by Elder Bruce R. McConkie, is an official publication of the Church.” (President David O. McKay, Personal Letter, 1959)

The LDS Church has no official position on human evolution. Members who claim otherwise are incorrect, despite the fact that they might appeal to statements from Church leaders to support both sides of the question.

Thank you for reading! You might also like “Letter to my son’s seminary teacher on the Gospel and human evolution.”