Letter to a Seminary Teacher on Human Evolution 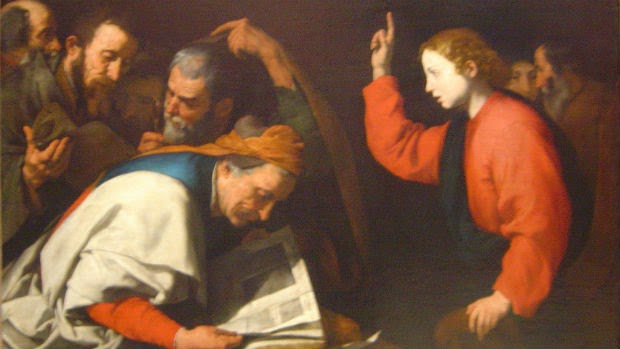 I’m the father of one of your seminary students. He mentioned to me that a student asked about human evolution yesterday, and that you do not have a favorable opinion of it. I’m writing to share with you my thoughts and feelings on the subject, hoping that you’ll share some of them with the students in your class so that they may know Mormons have differing perspectives on human evolution, and yet despite those differences we affirm our common trust in the Gospel of Jesus Christ.

Evolution is also among the most useful principles of science. Innumerable applications in the domains of conservation, agriculture, medicine, biotechnology, psychology, computation, forensics, and genealogy make our world, bodies, minds and relations better.

More importantly for the purpose of this message, evolution is compatible with the doctrine of Jesus Christ. Faith, repentance and baptism: these, neither more nor less, are the doctrine of Jesus Christ. As I understand this doctrine, it invites us to trust in Jesus, change to be more like him, completely immerse ourselves in discipleship, and be one: take the name, feel the spirit, say the words, and do the acts of Christ. If we are to fill the full measure of Christ, change is essential. Our minds and relations must change, and so must our bodies and world change, transfigured and resurrected beyond present notions of suffering and death, toward equal power and grace with God. This is eternal progression, and it should make Mormons the world’s foremost advocates of evolution.

Of course, we may understand the scriptures or evolution in ways that would contradict each other, but I believe such understandings are neither necessary nor correct. Here are a three examples.

Second, some suppose God did not use evolution to create humans because the scriptures say there was no death before the fall of Adam, and they interpret that to mean Adam had no prehuman ancestors. However, the scriptures also say there is no life where there is no death, Adam is many, and Adam is male and female. Accordingly, we may say Adam is all humanity, falling forward from our Eden of innocence, conceptualizing life and death for the first time, and gaining moral agency both as a species and as individuals.

Third, some suppose God did not use evolution to create humans because evolution, as they understand it, is random. However, this is an erroneous understanding of evolution. Evolution is not random. The better we know environmental variables, the better we can predict evolution. Indeed, to the extent we can set environmental variables, we can control evolution. Recognizing this, it’s not hard to imagine God creating a world that is systemically relinquished to creative agency and yet predictably generative of more compassionate creators.

Even if you disagree with the specifics of my understanding, I hope we can agree on the general possibility of reconciling the scriptures with human evolution. As Mormons, we do not strictly subscribe to scriptural inerrancy, infallibility or literalism; and we believe that God will yet reveal many great and important things. Perhaps our ancestors were not ready to understand evolution, and perhaps science is one of the ways God reveals important things. Along those lines, here are some thoughts from Brigham Young and Gordon B Hinckley:

“Now about the rib: as for the Lord taking a rib out of Adam’s side to make a woman of, he took one out of my side just as much. ‘But, Brother Brigham, would you make it appear that Moses did not tell the truth?’ No, not a particle more than I would that your mother did not tell the truth when she told you that little Billy came from a hollow toadstool. I would not accuse your mother of lying any more than I would Moses. The people in the days of Moses wanted to know things that were not for them, the same as your children do when they want to know where their little brother came from; and he answered them according to their folly, the same as you did your children.” (General Conference Discourse by Brigham Young in October 1854)

“But in a larger sense this has been the best of all centuries. In the long history of the earth there has been nothing like it. The life expectancy of man has been extended by more than 25 years. Think of it. It is a miracle. The fruits of science have been manifest everywhere. By and large, we live longer, we live better. This is an age of greater understanding and knowledge. We live in a world of great diversity. As we learn more of one another, our appreciation grows. This has been an age of enlightenment. The miracles of modern medicine, of travel, of communication are almost beyond belief. All of this has opened new opportunities for us which we must grasp and use for the advancement of the Lord’s work.” (General Conference Discourse by Gordon B Hinckley in April 1999)

Before I close, please know that I’m deeply inspired by human evolution. I still recall the day it struck me, the way inspiration does, in an experience and feelings more persuasive and transformative than reasoning alone. At Yellowstone National Park, watching a bear walk leisurely through a grassy field between my car and the woods, I suddenly saw myself in the bear and the bear in me, was awed by the similarities between us, and sensed a profound kinship. From that day of inspiration to this, I’ve embraced evolution for spiritual reasons.

Thank you for reading this message. Thank you also for the work you do to share the Gospel of Jesus Christ with my son and other students. I hope you’ll share some of my thoughts and feelings with them, and so affirm the value of our common trust in the Gospel, even when we might disagree on other matters.