Should you persuade me of your ideology? 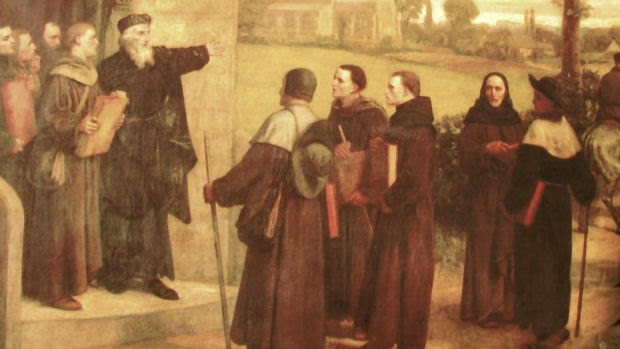 First, some of the most significant problems we face in the world today have arisen from the tensions and conflicts between and within our ideologies. Proselyting, depending on how it’s done, can both help and hinder resolution of these problems. When it’s done in heavy-handed sectarian fashion, it’s probably causing more problems than it’s resolving. However, when it’s done with love and critical thinking, and in an ecumenical spirit, it’s probably good for all parties involved.

Second, whether we like it or not, ideologies can have far reaching effects on our community and environment. Particularly when ideologies are religious, they provoke a strenuous mood among their adherents, who consequently think, talk and act more frequently, with more focus and energy, on efforts to realize the aims of their ideologies, for better or for worse. If we don’t use the power of ideology to make a better world, someone will use it to make a worse world.

Both of these reasons for advocating proselyting incorporate an appeal to making the world better, but a better world need not be a monistic or uniform world. A better world might be described better as “better worlds” in the plural. One of the tenets of Mormonism that has long inspired me is the idea of innumerable worlds and heavens of varying kinds and degrees, within which all persons enjoy that which they’re willing to receive and maintain, not statically, but rather dynamically in eternal progression, worlds without end. That’s a vision worth proselyting.