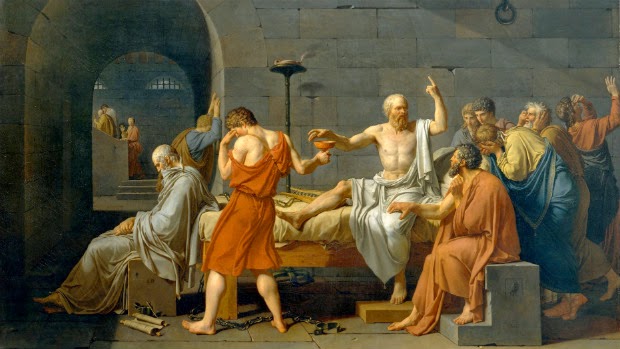 I mention these observations, today, not because they are new. I mention them because my friend Zoltan Istvan might be equivocating and misrecognizing on his blog at Huffington Post. There he’s suggesting that “Some Atheists and Transhumanists are Asking: Should it be Illegal to Indoctrinate Kids With Religion?” So it seems like it’s worth repeating and elaborating on the observations.

Religion Is Powerful and Risky

First, though, I have a few thoughts to share regarding Zoltan’s latest attack on religion. I agree with many of his concerns. Religion certainly has been and is used for evil, perhaps even the greatest evils in human history.

The same is true of religion, which I contend is the most powerful social technology, for both evil and good. If, then, Zoltan is concerned about exposing children to religion because it often hurts them, I wonder what his perspective on exposing children to technology might be. Should children not be allowed to use technology in any way until they’re sixteen? That seems rather extreme to me.

Although I certainly think there should be limits on children’s use of technology, I’m generally in favor of carefully immersing children in technology so that they can learn to use it effectively and safely while they are young. My opinion on religion is the same. There are limits, but there’s nonetheless value in carefully immersing children in religion so they can understand how to use its power effectively as they mature.

And be warned. When the most vital moments of life press our civilization, religion will drive irreligion to the wall. The strenuous mood, organized into collective action, will dominate, whether its domination comes about through compassionate influence or oppressive compulsion. Either way, it will be religion, even if evolved beyond historic and present manifestations of the religious function.

Transhumanism Is Not Atheism

Moving on to my observations, then, Transhumanism is not atheism. In fact, if the latest IEET poll is a dependable indicator, only about half of Transhumanists identify as either atheist or agnostic. And that’s down about 15% from surveys done a decade ago.

And here’s my second observation, more controversial but nonetheless true. For many Transhumanists, Transhumanism is functioning as a religion. No. I’m not saying that Transhumanism is inherently a religion. In itself, the advocacy of ethical use of technology to extend human abilities need not be religious.

However, Transhumanism nonetheless ends up functioning as religion for many persons that adopt and identify with the ideology. Here are some examples:

This isn’t religion according to naive and narrow presecular accounts. But rather it’s based on informed and complete accounts of the religious phenomenon from deep history through its evolution into popular traditional trappings and on into its emerging postsecular manifestations. Transhumanism, for many Transhumanists, is clearly postsecular religion, even if misrecognized.

As a parting thought, consider what it might have been like to live and think and communicate about ideas analogous to these in the wake of Plato, around 300 BC. Humanity appears to have been transitioning from a transcendent pluralistic ontological framework to a transcendent monistic ontological framework. This was expressed in Plato’s philosophy as the Good, a singular source of all meaning and experience.

Concurrently, religion appears to have expressed this ontological transition in popular consciousness as conversion from polytheism to monotheism. Judaism was paving the way for the rise of Christianity. And Christianity ended up syncretizing the Hebrew God with the Greek Good, and becoming by far the most influential ideology in human history.

Perhaps that syncretization and transition was something like that we’re experiencing today. Our philosophy and science are shifting away from a transcendent monistic ontological framework to an immanent ontological framework. Experience and observation and particularity are taking over the high status once held by the other-worldly absolutes.

And yet, as before, it’s not the end of religious evolution. We may be witnessing the beginning of a new religious paradigm. It may be post-theistic in its immanentizing of God, and yet deeply fulfilling of the theologies and pantheons that preceded it.