The Universe IS the Neohuman 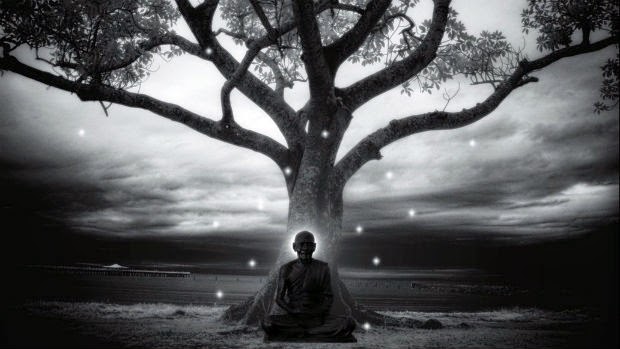 I’ve mentioned before, but want to make more explicit here, the idea that there seems to be no reason to distinguish between a computed world and the neohuman (or posthuman) computing it. As the Simulation Argument goes, if ever we create a significant number of computed worlds then we are almost certainly already living in one.

I can’t say with certainty, of course, whether we’re already living in a computed world. Nor can I say whether we will prove capable and willing to create a significant number of computed worlds in the future.

However, for those who see no ethical problem with the creation of computed worlds, and likewise desire to see human creativity expressed in the most sublime manifestations conceivable, it seems practical to put faith in our capacity to create such worlds. Some truths are created only subsequent to our faith in them.

Given such a faith, however, to remain reasonable, one should likewise embrace faith that we are, ourselves, almost certainly already living in such a computed world.

Computing power has been advancing exponentially – or even meta-exponentially. Each new generation of computing technology arrives more quickly and powerfully than the previous by leveraging the power of the previous. Assuming this trend holds, we may experience within this century a technological singularity, when the rate of advance is so rapid and disruptive that we could not, given current limitations, predict or control the advance.

Here’s the reasoning. Our electronic computers were once exclusively massive machines housed in large warehouses far away from us. We would either drive to the warehouses, or eventually connect via terminals from home, to leverage those computers.

This trend toward miniaturizing computers and incorporating them ever more closely into our lives and beings has been going on for quite a while. And there seems to be no reason to suppose that it will change anytime soon.

We are enhancing ourselves with our technology. With ever-expanding capacities, we may prove capable of continually pushing back the event horizon of the technological singularity, and thereby empower ourselves to make choices regarding our advance.

In my experience, most of us, when thinking of or describing the Simulation Hypothesis, imagine it in terms of our current relationship with our computers. Thus, the neohumans and the computed worlds they create are considered separate entities, with the one creating the other.

However, it seems more appropriate, given current trends, to think of the neohumans and their computers as being one and the same, with the one creating itself. Ray Kurzweil hints at such an idea in his latest book, “The Singularity is Near.” He describes a future in which advanced human intelligence spreads out into time and space at speeds at least approaching that of light, until the entire universe wakes up. He even suggests that the resulting entity could be considered God.

Given my pragmatist and pluralistic leanings, I don’t expect our universe to become a monolithic God. I can imagine like-minded individuals working together toward varying ideals, with each community creating computed worlds according to their desires.

Such a future, in which we create and identify with our worlds, in which the universe is the neohuman, resonates strongly with Mormonism. Here is a pertinent passage from Joseph Smith’s writings in the Doctrine and Covenants, section 88:

40 For intelligence cleaveth unto intelligence; wisdom receiveth wisdom; truth embraceth truth; virtue loveth virtue; light cleaveth unto light; mercy hath compassion on mercy and claimeth her own; justice continueth its course and claimeth its own; judgment goeth before the face of him who sitteth upon the throne and governeth and executeth all things.

42 And again, verily I say unto you, he hath given a law unto all things, by which they move in their times and their seasons;

43 And their courses are fixed, even the courses of the heavens and the earth, which comprehend the earth and all the planets.

45 The earth rolls upon her wings, and the sun giveth his light by day, and the moon giveth her light by night, and the stars also give their light, as they roll upon their wings in their glory, in the midst of the power of God.

46 Unto what shall I liken these kingdoms, that ye may understand?

47 Behold, all these are kingdoms, and any man who hath seen any or the least of these hath seen God moving in his majesty and power.

48 I say unto you, he hath seen him; nevertheless, he who came unto his own was not comprehended.

49 The light shineth in darkness, and the darkness comprehendeth it not; nevertheless, the day shall come when you shall comprehend even God, being quickened in him and by him.

50 Then shall ye know that ye have seen me, that I am, and that I am the true light that is in you, and that you are in me; otherwise ye could not abound.