Evil Gods will rise and fall they must 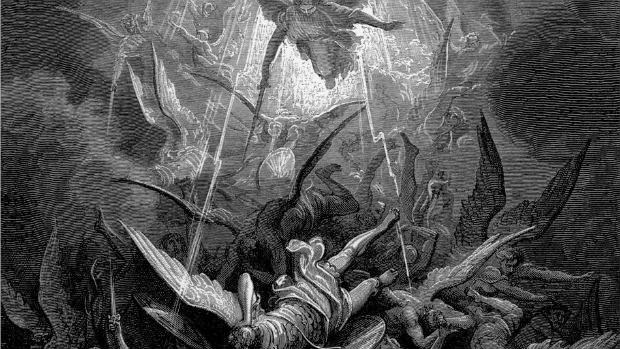 Technology is power, which may be used for good or evil. And technological trends increasingly suggest our future will include technology and its associated power beyond our present ability to imagine. The Benevolence Argument of the New God Argument concludes that any posthumanity, radically creative to the point of metacreativity in creating worlds of world creators, probably is more benevolent than humanity, corresponding with trust that God is good, basically because otherwise posthumanity would not have survived its increasingly complex technological ascendance long enough to attain and maintain such power.

However, the Benevolence Argument is a probabilistic generalization. Despite constraints on intelligent purpose, those constraints may not be strong enough to prevent the rise of evil super-intelligence, at least periodically if not persistently, thus requiring perpetual diligence both in technological counter-measures and in compassionate education.

Among Mormons, we commonly speak of humanity’s calling to take on the identity of Christ and become as God, immersing ourselves in a radical compassion and creation as exemplified by Jesus. This is the God we worship through emulation.

But it’s not the only kind of God, or at least would-be God, described in our scriptures. While Christ is described as the kind of God that would raise us together as joint heirs in God (Romans 8: 17), another is described as raising itself exclusively above all else called God (2 Thessalonians 2: 4). We commonly associate this latter would-be God with Satan.

Mormon scripture and tradition also uniquely describe Christ and Satan both as brothers and as competing influences in a heavenly war that began before the beginning of our world (Moses 4: 1-4), that continues to be fought in our world (Revelation 12: 7-13), that will lead to apocalyptic battles before and after the Millennium (D&C 88: 110-114), and that takes place on “every earth that ever was created … every earth has its redeemer, and every earth has its tempter” (Brigham Young, Journal of Discourses 14: 71-72). In short, Mormon scripture and tradition illustrate the idea of perpetual competition between good and evil super-intelligences, with good super-intelligence maintaining a general advantage.

Science and technology, these increasingly ponderous endowments of knowledge and power, must be coupled with more: a sublime esthetic that provokes us to strenuous and enduring pursuit of compassion and creation. We must love compassionate creators with all our hearts and all our minds. We must love all humanity as our selves, not as we are, but rather as becoming compassionate creators. We must trust in and change toward radical flourishing in compassion and creation. So far as I’m concerned, these are the first principles of consolation, or the Gospel of Christ about which so much has been said, and these too are necessary means for the better world to which we aspire.

God always has been and is at least a posthuman projection. Our projections reflect us, our goods and our evils, and ultimately our esthetics. Our projections compete in an endless war for hearts and minds, and greater empowerment through words and actions, shaping worlds toward their increasingly concrete realization. Technology will empower posthuman realizations beyond our present ability to imagine. Evil Gods will rise and fall they must.