Resuscitation Is a Religious Mandate 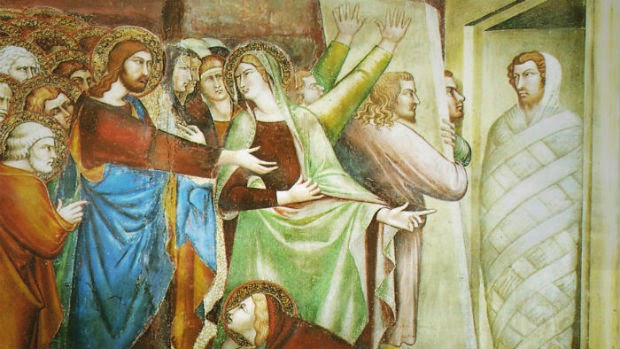 A well known and atheist-minded Transhumanist, Zoltan Istvan blames religion for an anti-cryonics law in Canada. Basically, Transhumanism is the ethical use of technology to extend human abilities. And cryonics is low-temperature preservation of a legally-dead body for resuscitation when new technology might cure the cause of death.

Zoltan’s concern is that the religious views of Canadian lawmakers may have informed the law. And this may influence other lawmakers around the world to inhibit access to cryonics likewise. However, it may be premature to blame religion for this particular law, and it’s certainly not the case that religion is generally incompatible with cryonics.

Well, Zoltan and I are both Transhumanists. We share the aspiration of using technology to restore and improve the vitality of our bodies and minds indefinitely, as well as the expectation that some of us may benefit from techniques like cryonics. However, unlike Zoltan, I’m a religious person. And although the religious are a minority among self-identifying Transhumanists, I’m not alone, as evidenced by the existence of organizations like the Mormon Transhumanist Association, and demographic surveys from the Institute for Ethics and Emerging Technology.

In his article, Zoltan blames religion for a couple reasons. First, he writes, the “former President of the Cryonics Society of Canada … made dozens of phone calls in the 1990s and publicized his conversations in a document that suggests … religious opposition to cryonics.”

However, the document to which he links mentions religion only once, encouraging its constituency to view the anti-cryonics law as “practically a restriction on freedom of religion.” In other words, the document actually advocates a positive view of religion, to be used as grounds for supporting cryonics. This reflects the views of some other non-religious Transhumanists, such as lawyer John Niman, who points out the possibility of advancing Transhumanist legal causes on religious grounds.

As his second reason for blaming religion, Zoltan writes, “the very nature of cryonics … flies in the face of every major Abrahamic religion, including Christianity.” However, that’s an exaggeration, to say the least.

My own religion, Mormonism, is an Abrahamic and Christian religion – almost all of us consider both the Hebrew Bible and the New Testament to be inspired of God. There are also about the same number of Mormons as Jews in the world, which seems to qualify Mormonism as a major Abrahamic religion. Yet the largest Mormon denomination, The Church of Jesus Christ of Latter-day Saints has no official position on cryonics.

In addition, a former president of Alcor (the largest cryonics provider), Joe Waynick, was an Adventist. Adventism has more adherents than Judaism. And the Seventh-day Adventist Church has no official position on cryonics.

Even beyond these two examples, I’m not aware of any major institution of the Abrahamic tradition that has an official position on cryonics. And of course the Bible itself says nothing about cryonics. The thought of freezing dead bodies to facilitate resuscitation probably never even crossed the minds of its authors (unless you count God among them).

The Bible does, however, have some things to say about resuscitation, and they’re glowingly positive.

In the Hebrew Bible, Job describes resurrection in the “flesh”. In the New Testament, although Paul claims “flesh and blood cannot inherit the kingdom of God”, Paul also claims “the body that is sown … is raised imperishable”, and Jesus describes resurrection in “flesh and bones” (note “bones” instead of “blood”). Some interpret these descriptions to mean that even the prophesied resurrection to immortality is a form of resuscitation with improvements to the body.

To top things off, Paul claims some of us will change to immortality without dying, and Jesus charges his disciples to “raise the dead”. In light of these things, we might even conclude (and we wouldn’t be the first) that resuscitation is a religious mandate!

Toward the end of his article, Zoltan continues, “in a world where over 90 percent of the people hold religious views of the afterlife, cryonics could become a noteworthy global civil rights issue.” In a sense, I hope he’s right. I hope many other religious people, like other religious Transhumanists and me, will make resuscitation (whether via cryonics or other means) a civil rights issue. I hope we’ll decide together not only to use all the means with which God has graced us to work toward universal resuscitation, but also to do so with a conviction that reflects a heartfelt religious mandate.

Of course that’s not what Zoltan has in mind. And of course not all religious people will agree. But maybe they with Zoltan are overlooking an opportunity – and a responsibility.