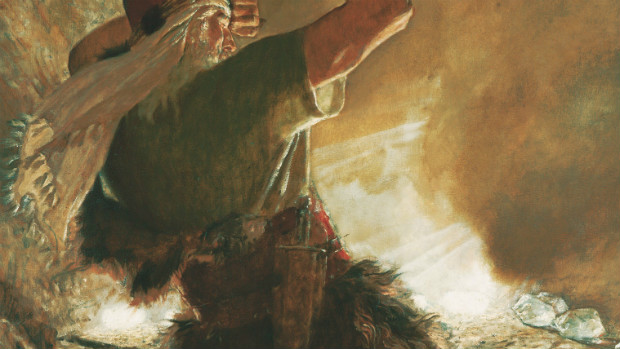 Mormonism is relatively unique among world religions in its regard for bodies. Where most major religions consider bodies to be temporary or inhibitive, Mormonism considers bodies to be eternal and empowering, and potentially divine. This provides strong common ground with physicalist philosophies generally, and particularly with Transhumanism.

Even the radical Transhumanist aspiration of mind uploading is compatible with Mormonism, although the idea is easy to misinterpret in ways that would be neither consistent with physicalism nor compatible with Mormonism. Mind uploading is the Transhumanist idea that minds may be substrate independent, or transferable from one substrate to another, such as from a biological brain to an artificial brain. In other words, minds may be like software, which we can transfer from one kind of computer to another.

It would be difficult to overemphasize the importance of bodies in Mormon theology and cosmology, as presented in Mormon scripture:

Given the significance of embodiment in Mormonism, some have supposed it to be incompatible with mind uploading. The supposition of incompatibility arises, I believe, mostly from a misinterpretation of the phrase “mind uploading,” which may incorrectly suggest to some an aspiration to a sort of immateriality or disembodiment.

For example, while we can separate software from a particular computer, we cannot separate it from hardware generally, whether it be another computer or a storage device. We can remove software from hardware generally, but then it is no longer software in any practical sense. Likewise, information is no longer information in any practical sense if removed from all substrates. Information and substrate are inseparably connected.

Either way, complex patterns are information. And information is substrate independent, whether or not its transfer from a given brain would constitute a complete transfer or only a partial transfer of the substrate for an associated mind.

Mormon scripture lends itself to interpretations consistent with the notion that mind is information:

Either way, your mind will eventually transfer via transfiguration or resurrection to a yet more robust immortal embodiment – a “spiritual body” in contrast to a “spirit body.” Each part of this narrative entails transfer of mind from one embodiment to another, or from one substrate to another. And none of this is possible unless mind actually is substrate independent.

Mormon authorities have even occasionally expressed an idea that sounds a bit like mind uploading. The idea stems from their attempt to reconcile Biblical descriptions of resurrection.

“As concerning the resurrection, I will merely say that all men will come from the grave as they lie down, whether old or young; there will not be ‘added unto their stature one cubit,’ neither taken from it; all will be raised by the power of God, having spirit in their bodies, and not blood.” (Teachings of the Prophet Joseph Smith 199)

The idea that spirit would replace blood in future bodies has been echoed by other Mormon authorities. They include Brigham Young, who led the Mormon pioneers. And they have also been as recent as Howard Hunter, who was president of the LDS Church while I was a missionary.

“It will be so with every person who receives a resurrection; the blood will not be resurrected with the body, being designed only to sustain the life of the present organization. When that is dissolved, and we again obtain our bodies by the power of the resurrection, that which we now call the life of the body, and which is formed from the food we eat and the water we drink will be supplanted by another element; for flesh and blood cannot inherit the Kingdom of God.” (Discourses of Brigham Young 374)

If our minds are substrate independent, we will eventually have the option of transferring them to non-biological substrates: to emulated brains and bodies. To maintain continuity for our minds, emulated brains and bodies may need processes like emulated blood, at least at first. However, emulated blood would be a level of abstraction higher than the blood now coursing through our bodies, and might reasonably be characterized as “spirit” in comparison.

In any case, the Mormon emphasis on pervasive embodiment in diverse forms is entirely compatible with mind uploading, properly understood as maintaining embodiment. Assuming they’re possible, emulated brains and bodies could be far more robust than the bodies we now enjoy. And yet they would remain quite as embodied as we are now, if not more so. Perhaps climbing to levels of abstraction we cannot begin to imagine now, our emulated bodies would yet of necessity remain firmly founded in the most concrete aspects of reality.

“For man is spirit. The elements are eternal, and spirit and element, inseparably connected, receive a fulness of joy.” (Joseph Smith)