Desire Entices Us to Embrace Ethics 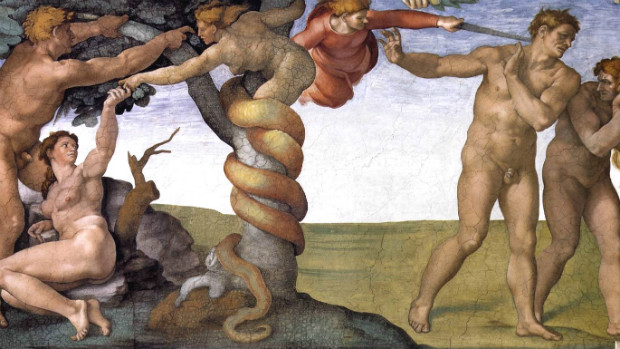 What is good? Is it good because God says so? Or does God say so because it’s good? If it’s good independent of any God, how so? Is it good inherently or consequentially? Such are the traditional questions of ethics. It begins with consideration of duty in relation to values. And it extends from consideration to application, to actually living in word and deed according to that duty.

Some assert we have no duty for or against any particular value, set of values, or even values generally. In my experience, they do not claim reasons for rejecting duty so much as they claim a lack of reasons for embracing duty. For example, the ethical nihilist may point out that logic cannot compel duty because logic relies on assumptions that, by definition, cannot in themselves be logically compelling.

While I agree with the ethical nihilist that logic alone cannot compel us to be shackled in duty (as logic alone cannot compel anything), I have observed that the experience of evaluating, or the feeling of being an evaluator, encourages us to adorn ourselves in duty. Whether transparently affected by the prerational pushes and pulls of life, or deliberately effecting the postrational feedback loops of discipline, we feel moved to morality. Desire entices us to embrace ethics.

The philosopher William James, in his essay entitled “The Moral Philosopher and Moral Life,” postulated that, given a simple universe consisting of a single sentient being, the desires of that being are exhaustive of the values and duty of that universe. So that which is congruent with its desires is good, and that which is incongruent with its desires is evil. There’s simply no other ethically-relevant content in such a universe. In that, we might begin to sense the enticement of desire’s invitation to embrace duty: for the solitary being, its desires are its duty, and its duty is its desires.

We might think of our universe in the same way. Of course it’s far more complex, consisting of innumerable sentient beings with endlessly varying desires. But do these desires yet invite us to embrace them as duty? Would we esteem them as values that merit ethical consideration and application? Simplistically, by definition, the hedonist can want neither more nor less than her desires. Likewise, the altruist can want neither more nor less than our desires. In either of these cases, how could we resist the invitation of embracing desire as duty? Why would we decline?

At least one reason to decline comes to mind quickly: desires conflict. Unlike a simple universe with a single sentient being, our complex universe is filled with the tensions of competing and perhaps mutually exclusive interests. So we often resist or outright reject granting high esteem to desire in any general sense, and an invitation to embrace desire as duty may raise concern, if not alarm.

Reflecting this, the world is full of ideologies, secular and religious, that would variously conceal, propose, or demand diverse negating and affirming postures toward desire in relation to ethics. Consider, for example, Webster’s definition of the Protestant ethic: stresses the virtue of hard work, thrift, and self-discipline. This suggests a relatively negating posture toward desire. Implicitly, your duty may be positioned as that of overcoming desire: working hard when desiring to rest, being thrifty when desiring to expend, and disciplining yourself when desiring to indulge.

In contrast, perhaps surprisingly, Mormonism strikes a radically affirming posture toward desire. That’s not to say the posture is naively simplistic. To the contrary, there’s a place for virtues like self-discipline, thrift, and hard work in Mormonism. However, their place is lesser than and derived from other virtues that are deeply interrelated with and powerfully affirming of desire in a general sense.

In my next few posts, I’ll draw on the Mormon authoritative tradition to model ethics as dimensions of desire. While the basis of the model will appeal most to Mormons, I believe the principles derived from that basis will interest many non-Mormons, both religious and secular. Here are the principles: