Catholics Should Cheat Death Too 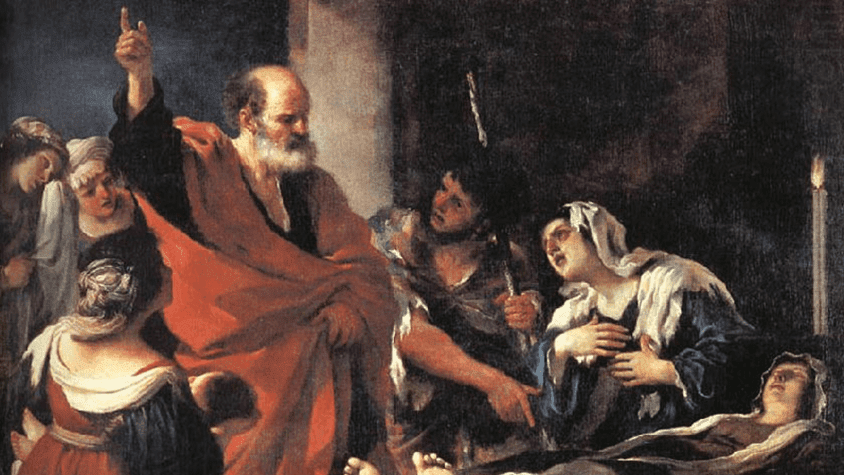 Writing for the major US Catholic journal, Commonweal Magazine, Mary McDonough contends that “life-extension funders should rethink their research.” Her main reason is that she believes the funds used for life extension research would be better spent on efforts to solve problems such as poverty, starvation, human-rights violations, and terrorism. But I think she should rethink her criticism. And I’ll explain why.

Mary begins by observing that Jesus revolutionized the meaning of dying, with his “triumph over death.” I share her high esteem for Jesus. And I’m not sure exactly what she means when she refers to Jesus’ triumph over death. But if she means that all the work is done then she’s expressing a decidedly non-Biblical point of view. According to the apostle Paul, triumph over death would be a future event, fully achieved only when the living are transfigured and the dead are resurrected to immortality (1 Corinthians 15). Those things have not happened. I trust they will. But it’s nonetheless premature to consider victory already complete.

Mary mentions a number of persons and groups involved in life extension research, and observes that “this research is not directed at eradicating the kind of deaths we would see as tragic.” Why is that? Because it’s not directed at “the type of cruel illness that cuts short the life of a child, or a controllable disease, such as malaria, that disproportionately affects the global poor.” Instead, she notes, the research is simply directed at increasing human lifespan generally. Implicit in Mary’s criticism appears to be the idea that death is only tragic and cruel when it affects the young and the poor. I wonder if Mary has watched a loved one die of cancer or Alzheimer’s disease? It seems doubtful. Otherwise, she would almost certainly be less inclined to restrict her assessment of tragedy to the young and the poor. Even the wealthiest and especially the oldest among us can suffer unspeakably in the descent to death. That is a tragedy – such a widespread tragedy, though, that many are tempted to ignore it, almost as if it’s a kind of Freudian death drive, empowering them by their choice to be apathetic toward it.

And beyond her excessively narrow assessment of tragedy, Mary should also keep in mind that the young and the poor are not in a separate category from those to whom the diseases of aging are applicable. The diseases of aging apply to all of us, if we live long enough. And the knowledge and tools we gain while learning to fight them will undoubtedly also be applicable to relatively unique situations confronted by the young and the poor. But what if they’re too poor to afford it? Well, that’s a problem that, I would agree with her, we need to work to resolve. But acknowledging the challenge is not the same as reasoning from it that we should do nothing. It’s also not the same as reasoning that we should focus all of our efforts exclusively on any single problem. There are many worthy problems to solve.

Mary observes that aging is a complex matter, and research into technologies for extending life have “delivered little success.” But that’s plainly wrong, unless you focus exclusively on recent R&D efforts. Humans worldwide are living longer and healthier lives on average than at any previous time in history. And there are far more of us than ever before. This has been made possible by technological advances over time. And of course recent R&D efforts have delivered little success. That shouldn’t surprise us, as that’s generally true no matter where and when you live. After all, recent R&D efforts are recent. And the majority of such efforts always fail. That’s how science works. It’s tempting to think that means we’re failing, in the short run, but a completely different picture becomes clear when we look at the long term track record.

Mary asks, “Will it ever be possible to radically extend life expectancy?” Well, the average human lifespan has already more than doubled. Is that radical? Can we do that again? I think there are many scientific reasons for optimism. But in the case at hand, those scientific reasons may be less important than a religious reason. Mary is, after all, a Christian. And Christians generally believe that we’re destined for immortality. That’s a long lifespan! I’d call it radical. Of course there are debates among Christians about how to interpret immortality. For example, is it embodied or not? But at least those Christians who embrace an embodied interpretation of immortality should also embrace hope and trust in the possibility of radical life expectancy. The former entails the latter, by definition.

After trusting in the possibility of radical life extension (immortality), the next question, of course, is about humanity’s ability to make that happen. Mary asks, “Do we really want to do battle with death?” Maybe it’s possible, but only for God. Christians will debate that. But those who suppose that the Bible makes a case against human abilities should suppose again. After all, Jesus tells us to heal the sick and raise the dead. He doesn’t tell us to do that just once, or only if they are young or poor. He simply says, heal the sick. He just says, raise the dead. If we take him seriously, and if we’re successful, then no one will be sick, and no one will be dead. That, to me, sounds a lot like radical life extension and immortality. So I’m squarely on the side of those Christians who think the Bible makes the case that we can and should contribute to making immortality happen. It’s our Christian duty.

Mary goes on to claim, “one thing is clear: life-extension proponents ignore potential ethical consequences.” Continuing, she says, “They do not ask: What if we succeed? What will our life and community be like?” On what grounds does she make these claims? I have no idea. She offers none. And I can offer abundant evidence to the contrary. The Mormon Transhumanist Association has been a proponent of life extension since 2006, and it has invested substantial effort in cultivating discussion about the ethical consequences, and what life and community will and should be like if we succeed. The Christian Transhumanist Association has joined that effort in recent years. And many other secular Transhumanists have been exploring such questions for much longer. Mary doesn’t appear to know anything about any of this. So I think it’s safe to assume that Mary isn’t sufficiently familiar with the life extension movement to offer a reliable critique of our concern with matters of ethics.

After her false claim about the (lack of) ethics of life extension proponents, Mary points out that her own Catholic background can provide useful insights to help us deliberate on the matter. She’s right about that! And I’m glad she recognizes the contributions that religion can make to this discussion. She might be interested to know that there are many Catholics in the Christian Transhumanist Association.

But unfortunately she thinks her Catholicism provides a clear position against life extension research. My Catholic Transhumanist friends would be surprised. And frankly, I was surprised too, when she explained her reason: over-population. If only I had a penny for every time someone appeals to over-population as the reason that life extension is unethical! That aside, consider what she’s saying. She made a grand issue out of the tragedy of death among the young and the poor. But then she says, “If we rid the world of disease and death, the resulting rise in population will have devastating consequences for our planet.” So I suppose the concern for the young and the poor was just for show because if we actually help them live without disease and death then that would be a bad thing? Should we help the young and the poor or not? If we do, world population will go up! Damned if we do, and damned if we don’t, apparently.

Mary elaborates on her concern with over-population. She cites environmental impact. And she cites social and economic consequences. They are all legitimate concerns. I share all of them with her. But somehow she reasons from there that we should give up the whole project of life extension. As it turns out, though, populations with longer average lifespans tend to have fewer children (and engage in less violence). And technology has solved resource problems related to increasing human population many times before. That’s not justification for complacency, but it’s justification for a practical working hope that we can solve such problems again. For example, if Mary’s concern is really about over-population then maybe she should be writing articles to her fellow Catholics about the responsible use of birth control technology.

So, in a nutshell, Mary’s argument appears to be that investments in life extension research would be better spent on humanitarian activities because:

(a) Christianity already has an answer to death;

(b) death is only tragic among the young and the poor;

(d) life extension may not be possible;

(e) life extension proponents are apathetic about ethics; and

(f) life extension will exacerbate the problems of over-population.

But, as I’ve noted, there are several problems with her argument:

(2) Christianity’s answer to death is not finished;

(3) the tragedy of death affects the old and the wealthy like the young and the poor;

(7) life extension proponents have long considered the ethics of our advocacy;

(8) helping the young and the poor contributes to over-population;

(9) long-lived populations tend to decrease their rate of reproduction; and

(10) technology has a track record of helping us solve problems with over-population.