The Apotheosis of Pity 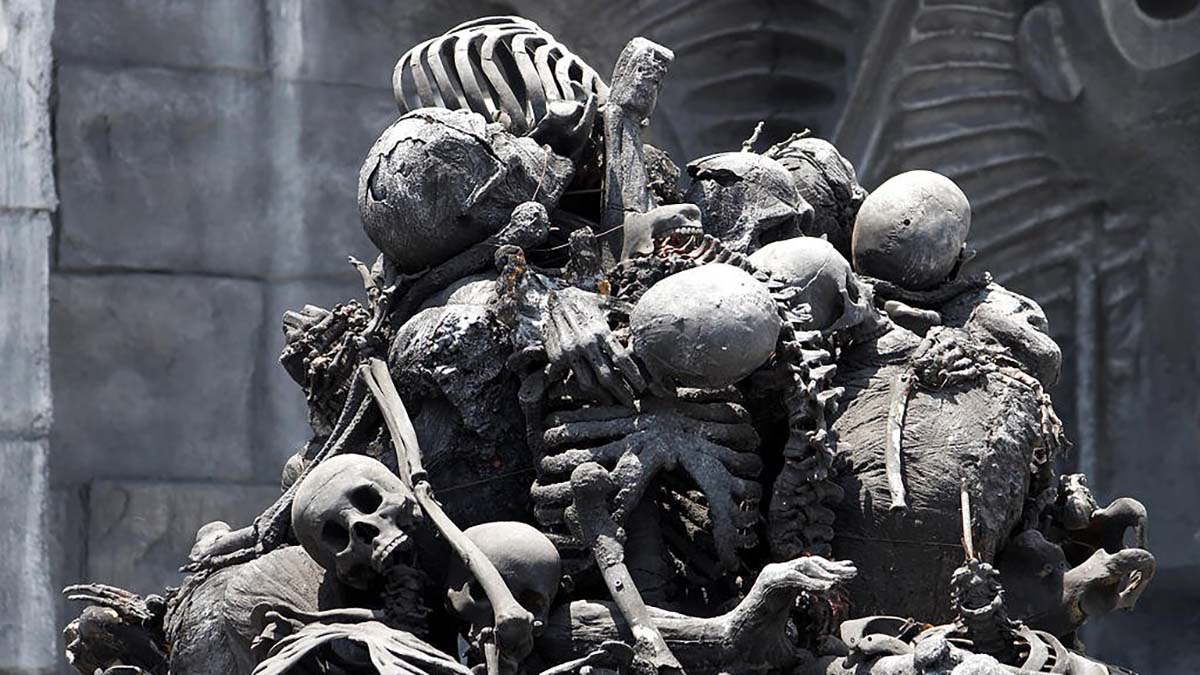 Pulled from the crowd into the light, I stumbled blindly. But my friends supported me by both arms. They guided me some distance, whispering comfort to my ears. And they lowered me carefully to the ground.

As soon as they had released my left arm and before I could thank them, some of my friends turned and rushed away. “We will avenge you!”

With eyes adjusting to the light, I finally saw them. Bold and beautiful, the avengers leapt high on the crowd. Exerting an almost superhuman effort, they pushed, pulled, and climbed.

I looked below the crowd, toward where I had already seen innumerable corpses piled deep under their feet. The corpses were still accumulating. But, to my relief, I saw that they were far below where I had last seen the avengers.

I looked toward the top of the crowd, where I had once seen a laughing God mounted on a solemn corpse. To my wonder, I saw climbers, there, clawing at a bloody wretch in shredded purple rags.

Then, just as I was about to look again for the avengers, the climbers at the top of the crowd firmly grasped the wretch by his limbs. The crowd flexed. And the wretch tore in every direction.

Instantly nauseated, I shuddered. And it seemed as if my shudder reverberated throughout the entire crowd, which stilled to silence.

“Behold my justice!” All heard. But I couldn’t discern the source of the voice.

The crowd slowly descended and parted. Gradually, the great pile of corpses was revealed. And then fully, like a gnarly temple, it loomed above the crowd, which began to prostrate all around.

I felt stretched. Glancing toward each arm, I saw my friends now nearly hanging more than supporting. Most of those remaining on my left arm looked pale. And on my right arm, some were babbling incoherently, pointing toward the pile of corpses.

Looking back at the top of the pile, I saw a great solemn corpse descending. Shocked and confused, I looked again. It was splayed supine across the backs of twelve pallbearers, crawling down through the corpses.

Reaching the bottom of the pile, the pallbearers pulled themselves across the ground toward me through the prostrated crowd. On their backs, the solemn corpse wobbled. Its limbs dragged through the crowd, thumping across out-stretched hands. Something swollen and black wagged from its mouth, brushing against searching lips.

Near me, the pallbearers stopped. I might have recognized some of them as avengers. But I couldn’t be sure. I wasn’t able to keep my attention on them for long.

Some of my friends prostrated themselves. Some pulled down on others, and on me, first with tentative invitation and then with increasing insistence. “Here is justice. Here is justice!”

I averted my eyes, and reached out for friends. Some were reaching out for me. Once again embracing, we turned together. And we ran, searching for God. 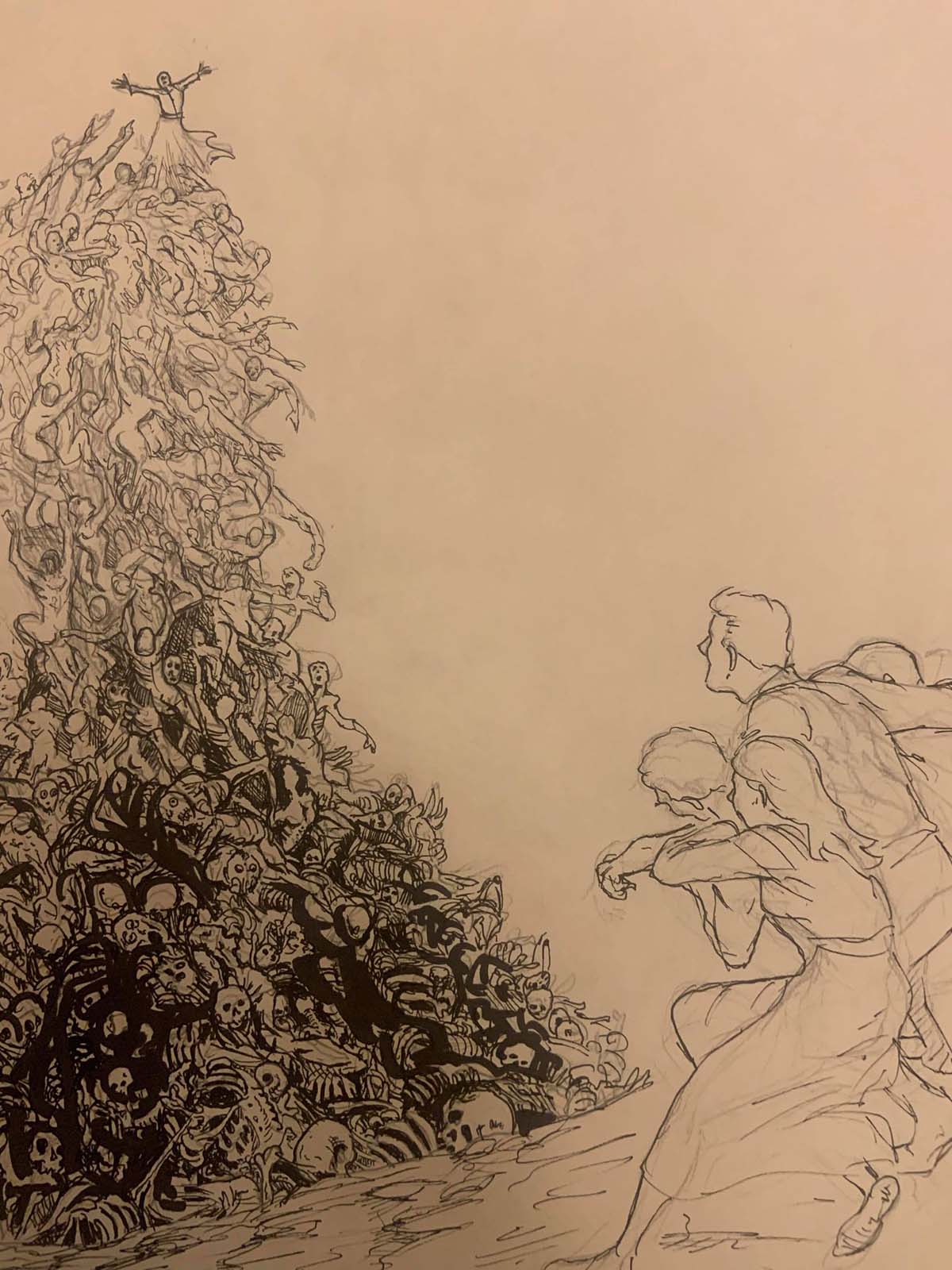 Joseph Caudle drew this depiction of the parable. I love it. And I asked for his permission to share it, which he granted. Thank you, Joseph!