Are Transhumanism Critics Listening to Themselves? 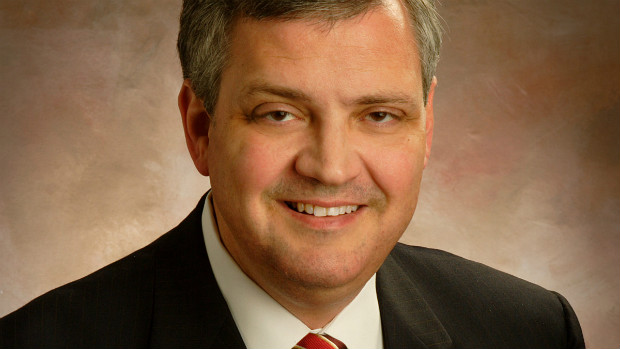 Another common weakness among Transhumanism antagonists, particularly those that are religious, is that they overlook how their arguments apply to their own ideologies. A recent example is the article, entitled “Listening to the Transhumanists,” by Albert Mohler, President of the Southern Baptist Theological Seminary.

Mohler casts Transhumanists as the most recent manifestation of an ancient and ongoing trend among humans to go astray after temptation to escape our finitude. He also remarks that it is strange for ideas once mostly associated with science fiction to be seriously considered among some scientists. There are at least two ironies here.

First, last I checked, the Baptists still believed that all humans will continue to exist in some state or another forever, and that seems rather infinite to me. Are the Baptists, with whom Mohler identifies, also manifesting the human trend to go astray after temptation to escape our finitude? I suspect he would not think so. Perhaps he would argue that the evil is not in just any attempt to escape finitude, but rather in particular kinds of attempts, such as those that expand our power?

That leads to the second irony: until recently, except in science fiction, Mohler would not have had the power to communicate his thoughts regarding Transhumanism to such a broad and diverse audience as that constituted by persons using the Internet. Is Mohler also manifesting the human trend to go astray after temptation to escape our finitude? Again, I suspect he would not think so – ironically.

The irony continues when Mohler criticizes Transhumanist desires for body enhancement and overcoming death as “twisted” and beyond the “limits of human existence”. I suspect that, as a Baptist, Mohler believes in a future day when humans will be resurrected to glorified immortality.

Well enough. I, too, will appeal to that one true God. But here is, I suspect, an important difference between the one true God to which I appeal and the one to which Mohler likely would appeal: whereas his God will unjustifiably oppress diverse desires simply because they do not conform, my God will oppress diverse desires only to they extent that those desires are themselves oppressive. To the extent that desires are not oppressive, we are to ask and receive according to our desires, as expressed by the God of charity, the only true God that I recognize as being worthy of worship.

Beyond the irony of criticizing the desire for enhanced bodies, the deeper irony is Mohler’s criticism of the desire to overcome death. Apparently immortality is evil, unless his particular version of the one true God achieves our immortality its own way without expecting or allowing us to help.

Frankly, I have no desire to go to that God’s heaven, where I am evil when I do as God does. Send me to hell with the Mormon Transhumanists, and we’ll make a heaven of it – unless, of course, Mohler’s one true God, in its twisted righteousness, is powerful enough to force hell on us despite our will.

He blames a new eugenics on Transhumanists, according to his desires, while actually implying that our desires should be the target of eugenics. Of course, Christian fundamentalism, as manifest here in Mohler’s words, is hardly a new eugenics, but rather a very old eugenics. It’s a eugenics that has been, ironically, working to oppress the will of Gods’ children for centuries – the oppressor exalting itself above all that is called God.

“The rise of the transhumanist movement is just one symptom of a primal sin that has affected humanity from Adam onward. Dissatisfied with the limits of our human condition, there is the natural impulse to exceed those limitations. Thus, entire industries have been developed, intended to offer the promise of a longer life, a better life, a different life, and the eclipse of human boundaries.

“Yet human dignity rests upon a clear and unambiguous affirmation that we are, after all, creatures uniquely made in God’s image. The very fact that we are creatures reminds us of the fact that our Creator has the right to define and to determine what it means to be human. The problem with transhumanism is not merely in the details, or even in the likelihood that many of these technologies will never see the light of day. Indeed, the real problem is that the very urge and desire to eclipse human limitations is an act of defiance grounded in profound ingratitude. At the core of transhumanism is a basic hatred of humanity. The true humanists are those who accept with gratitude the gift of true humanity.”

The natural impulse to overcome death and hell is not a sin. To the contrary, it is ordained of God, as clearly manifest in Christ, whose mission was and is to establish our faith in such overcoming. As the children of God, we do not yet know that which we will become, but we yearn for it. And the Spirit of God validates these yearnings and moves us forward in the light of inspiration.

As children of God, we are, indeed, the image of God. And that is the image of one that is fighting back the powers of death and hell, and working for salvation beyond.

As children do, we are maturing and learning to engage in the work of our parents, in all its creative glory. Our will to creativity is not a manifestation of ingratitude. To the contrary, it is a profound act of embracing our eternal nature and willing its fullest manifestation as joint-heirs of and co-creators with God.

This is not because we hate humanity. This is because we love humanity enough to desire our mutual salvation from death and hell.

These things, Mohler, are that hidden mystery of which the apostles wrote: Christ in you, the hope of glory. This is the true God, and eternal life. Keep yourselves from idols.