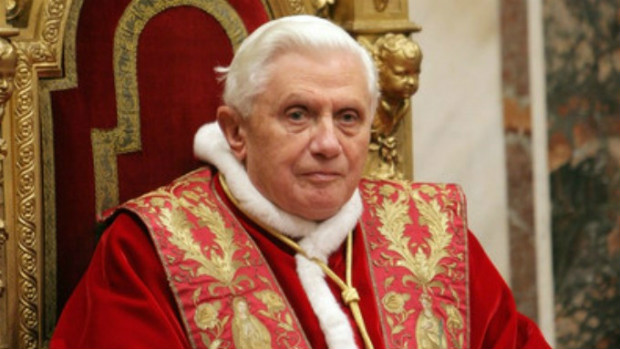 Michael Anissimov and Aubrey de Grey call our attention to Pope Benedict’s Holy Saturday address from 3 April of this year. In the address, the Pope presents perspective on immortalism, suggesting that radical extension of life as we currently know it is not a cure for death. But rather a cure for death must “transform our lives from within” and “create a new life within us, truly fit for eternity.”

The Pope’s message contains some ideas with which I disagree. For example, he questions the value of extending life hundreds of years and suggests it would be condemnation. Does he consider us already condemned as a consequence of extending life well beyond the few decades that were available to our ancestors? Perhaps he does, as do many Catholics, embracing a doctrine of original sin and assuming life as we now know it to have no possibility of naturally improving beyond the consequences of that original sin.

He reasons that immortalism would leave no room for youth. Yet youth is precisely the goal of immortalism – not merely a perpetuation of geriatric hacks.

Finally, he implies that death itself is where we should look to find the beginning of the fullness of life. While I don’t consider death the absolute end of identity, I consider it to be among the worst of hollow and meaningless contradictions to equate death with life.

On the other hand, I agree with the Pope’s concern that we need to transform ourselves not only outwardly and quantitatively, but also inwardly and qualitatively in all areas of virtue. Without such transformation, his fear of condemnation in immortalism would be realized.

Opportunities for human enhancement are not only in areas such as strength and endurance, but also in areas such as compassion, wisdom, joy, enlightenment, courage and the broader esthetic of sublime dignity. From a Christian perspective, the opportunities for human enhancement are modeled in Jesus Christ, glorified quantitatively and qualitatively, physically and spiritually, in immortality and eternal life.

Aubrey asked how we might find “a way to approach them constructively and non-antagonistically.”

Michael, in understandable frustration with ideas expressed in the Pope’s message, complained that we should “not depend on an invisible and silent Stone Age Hebrew deity.” In one sense, I agree with Michael. Our perspectives on God should transcend those of our stone age ancestors. To the extent they have not, they are damning us.

In another sense, Michael is being too quick tempered. And he should give more thought to Aubrey’s question.

We will all benefit from seeking greater mutual understanding. Imagine the benefits if we could persuade powerful organizations such as the Catholic Church to support research into radical life extension. Imagine if we could help them see that it does not conflict with their faith. Even more, imagine the benefits if we could persuade them to understand radical life extension as fulfillment of Christian prophecy and even as a mandate of Christian discipleship.

Far fetched? I’m persuaded that this will eventually happen, given time and effort, at least among a majority of Christians. Our efforts to that end may make a difference in how long it takes.