Inspired by Richard Dawkins and The God Delusion 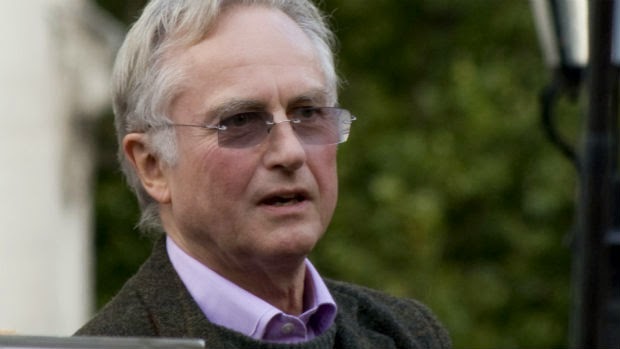 In 2007, I read Richard Dawkins’ The God Delusion. At the time, the New Atheists appeared newer than they now appear (although they were perhaps not so new even at that time), and they were frequently referenced in articles and discussions that crossed my path. Prior to reading Dawkins’ book, I was told, by both atheist and theist friends, basically not to waste my time on it. Generally, their reasoning was that Dawkins treats religion too shallowly. For whatever reason, I decided to read the book anyway.

While reading The God Delusion, I found that my friends were both right and wrong. Dawkins does treat religion too shallowly, but the experience was not a waste of my time. For every page that made me roll my eyes, there were at least two from which I benefited. As usual, his explanations of evolution were excellent. His writing style engaged me. Although disagreeing with his atheism and particularly his anti-religiosity, I empathized with many of his concerns. Ironically, I even found him advocating something I would describe as “God” – on one page, I scrawled a big red circle labeled, “THE MORMON GOD”!

Subsequently, I began writing, and posting to my blog, a review of The God Delusion:

As you might know, there are actually more than four chapters in The God Delusion. I read and wrote notes on all of the chapters, but I didn’t complete the process of editing them into posts. One of the reasons is that the process of reading and reviewing led me to something more interesting. Thanks in part to Richard Dawkins, I became persuaded that common secular assumptions, consistent with contemporary science and technological trends, logically imply that we should trust that beings more benevolent than us probably created our world. Joseph West and I formulated the details of this reasoning into the New God Argument. Although we’re still modifying various presentations of the argument for publication, a transcript of a recent presentation of the New God Argument is available on my blog.

The force of the New God Argument continues to shape me. I spent many years of my adult life in a kind of agnosticism relative to “extraterrestrial humanoid deities” – a phrase I commonly used in discussions with friends. During that time, I still identified as a theist of sorts. I felt that which I associate with God in my environment and community. Together, we should be something sublime. God was immanent. To the extent God already exists, we should discover and join them. To the extent God does not yet exist, we should create and become them.

I continue to feel the immanence of God, and I continue to embrace the practicality of creative faith, but I no longer consider myself quite so apathetic relative to the present existence of extraterrestrial humanoid deities. I was once satisfied with the possibility that we might be the first to create and become God. Now, although such a possibility still would not bother me if attained, I consider the probability to be vanishingly small. If we are to become as we imagine those extraterrestrial humanoid deities to be, we almost certainly would not be the only or first to do so. Trust in the immanence of God led to trust in the transcendence of God.

When I first picked up The God Delusion, I did not expect it would contribute to extending my faith in God in a direction that had weakened since childhood. Now, like I can thank Joseph Smith for nurturing my faith in the immanence of God, I can thank Richard Dawkins for nurturing my faith in the transcendence of God. For the record, Dawkins is not the only atheist or agnostic that contributed, unknowingly and probably unwillingly, to the formulation of the New God Argument; today, though, he gets the credit. Thanks, Richard – sincerely.