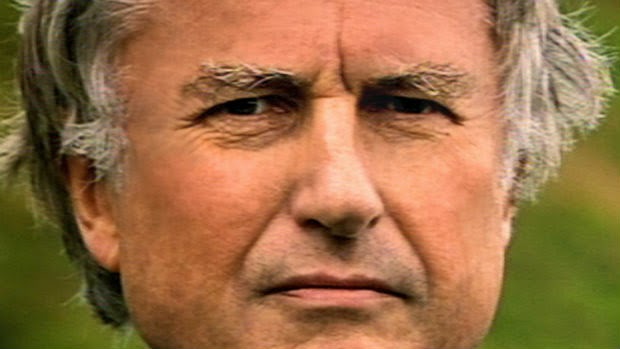 Richard Dawkins is at it again, misapplying his extraordinary biological brilliance to religion with altogether sophomoric results. He’s worried that we’re saddling children with religious labels, like “Christian”, when the children aren’t even old enough to understand, let alone assert informed agreement with, the beliefs of their parents. It’s such a tragedy, of course, so someone had better do something about it. Thank goodness for Richard.

Richard observes that we would never think it appropriate or accurate to speak of children as socialists, conservatives, platonists, or positivists, so it must be inappropriate and inaccurate to speak of them as Muslims or Catholics. His reasoning is that these labels reflect opinions, and so only accurately apply to parents and not their children.

He notes that we do rightly label children with nationalities inherited from their parents because the labels have legal ramifications and do not, in his opinion, carry any belief baggage. He also notes that including children in religious traditions can be enriching. And yet he’s really worried about the labels.

Why? Because the labels represent the indoctrination of our children. Those darn religious labels are forcing unevidenced opinions on our children. Seriously. I would have a hard time making this up.

Apparently the actual politics and philosophies of parents (presumably so long as they are nonreligious) are not influencing children’s opinions in inappropriate ways. Supposedly nationality labels are not influencing children’s beliefs at all? But those horrible religious labels! They’re even worse than teaching children religion, because it’s a demonstration of defeat: it shows we believe children automatically inherit the beliefs of their parents. Oh, my heart, my wretched heart! How can I endure such a world, where even the non-religious label children in such damaging ways! Maybe they’ll be labeled for life?!?

So Richard concludes that religious labeling of children is like sexist or racist language. We need to become conscious of it, stop engaging it, and call on others to change when they engage in it. And so aspire to a non-religionist world?

Richard is sincere, I think. He doesn’t see the irony in any of this.

He doesn’t recognize that his all-too-convenient position, children should have no labels, is itself an implicit esthetic quite as much as any explicit label is an esthetic. And esthetics are both inevitable and inevitably consequential in formation of beliefs within their context. Of course he prefers the consequences of the nonreligious esthetic. Maybe he even has good reasons, persuasive reasons, for that preference in comparison to other esthetics. But the pretense that this is about relieving children from imposed beliefs is naive or disingenuous. So long as we are intentional in any way on this matter, we are actively shaping the esthetic space within which children form beliefs. We are influencing our children either way. Richard should confront that head on.

He also hasn’t sufficiently considered how nationality labels influence our children, arguably quite as much as ethnic and other cultural labels, like religion. For example, as I’m sure he would acknowledge on reflection, it’s usually not hard for Europeans to recognize American tourists, but how many can distinguish between tourists that are Mormons or Adventists? Nationalities certainly do shape us. Maybe Richard should call for an end to nationality labels on children? But of course that still wouldn’t solve the esthetic problem described above, even if it made him more consistent.

On the other hand, Richard seems also to under-acknowledge just how much diversity there is among persons with shared religious labels. How similar are Orthodox and Reform Jews? What about Christians of the Jehovah’s Witness and Southern Baptist varieties (that cannot even agree on whether both are Christian)? Can he even conceive of Mormons that happily embrace scientific consensus on the predominant ancestral origins of Native Americans? No. It seems that Richard’s parents must have forced him to believe that religious persons, carefully packed within their tidy labeled categories, are homogenous in their beliefs. Bad parents! Pity Richard.

He also seems oblivious to the bigotry of his weak attempt to avoid bigotry – to raise consciousness, as he puts it. Is it sexist to label a woman with “woman”? Is it racist to label a black with “black”? Not necessarily. The bigotry arises when we believe, as reflected in our words and actions, that women and blacks are somehow inherently inferior to men and other races because of their gender or race. So it would be sexist to label someone with “woman” or “black” when intending it as an insult, or simply when thinking such a label communicates inferiority. So what does Richard demonstrate in his call to avoid applying religious labels to children? He demonstrates his own bigotry, just like he would if he were to advocate the idea that we should stop using “woman” as a label for woman because it’s sexist. Imagine the feminist response to that!

Perhaps most tellingly, Richard seems to think religion is mainly about belief. That’s his worry, after all, that labels are imposing beliefs on children. And yet that so completely misses the primary function of religion. Even if the dogmatists among us wanted it to be about belief, they couldn’t make it so. Religion is and always has been primarily about practice. Surely, sometimes that includes the practice of making statements about having particular beliefs. But whether or not the statements actually reflect the beliefs of those making the statements has of necessity always been relatively less important than the practice itself. Yes, that means many persons have lied about their beliefs throughout human history in order to comply with religious practice, and no, I’m not advocating that. In any case, Richard is probably inclined to think of religion primarily in terms of belief because he’s a scientist, a profession that focuses on beliefs to a greater extent than any other. You know the expression: when all you have is a hammer …

For better or worse (and arguably always both), we are esthetic and cultural creatures. We could not change that by avoiding cultural labels for children, and we shouldn’t even want to. In that direction lies nihilism. Rather, we should focus our concern on persuading each other toward cultures that provoke our greatest compassion and creation and courage, fidelity to life and Earth and each other, and active hope in the greatest world we can imagine together. We should be religious about that, and we should celebrate all the ways that innumerable religious traditions have and yet could contribute toward that.

Of course there are evil applications of religion (and each individual religion, including misrecognized religions) that we should resist and as needed even combat. Yet that resistance and combat is not the right focus, as such could only lead us to similar hypocritical evils. Do what is necessary, but look farther and higher.

Try the esthetics. Like a child happily rushing back and forth between the protective arms of a loving parent and the real challenges of expanding exploration, be true to life in its many colors with the full splendor of their many names. You might even begin with the palette you’ve inherited.