Mormon Ontology of God and Synthesis in Superhumanity 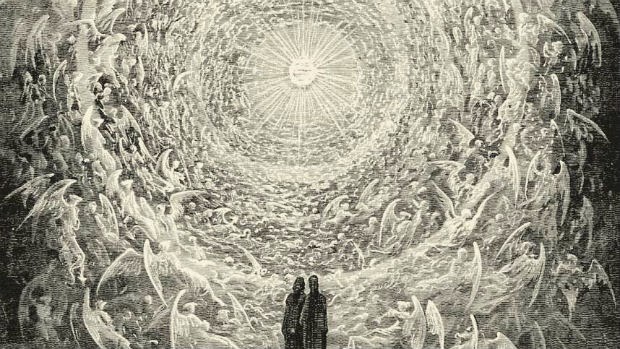 Stop a Mormon on the street, and ask her to describe God. She might say something like, “God is our Heavenly Father, an embodied glorified being, who created our world and loves us immeasurably.” That’s an accurate account of Mormon theology, so far as it goes. And yet there’s more she could say, reflecting the rich theology of Mormon scripture and authoritative tradition, from ancient Jewish and Christian origins through modern Mormon texts. Here’s a taste.

“God himself shall come down among the children of men, and shall redeem his people. And because he dwelleth in flesh he shall be called the Son of God, and having subjected the flesh to the will of the Father, being the Father and the Son — The Father, because he was conceived by the power of God; and the Son, because of the flesh; thus becoming the Father and Son — And they are one God, yea, the very Eternal Father of heaven and of earth.” (Mosiah 15: 1-7)

“He received not of the fulness at first, but continued from grace to grace, until he received a fulness; And thus he was called the Son of God, because he received not of the fulness at the first. … I give unto you these sayings that you may understand and know how to worship, and know what you worship, that you may come unto the Father in my name, and in due time receive of his fulness. For if you keep my commandments you shall receive of his fulness, and be glorified in me as I am in the Father; therefore, I say unto you, you shall receive grace for grace.” (D&C 93: 11-29)

“When the light rested upon me I saw two Personages, whose brightness and glory defy all description, standing above me in the air. One of them spake unto me, calling me by name and said, pointing to the other — This is My Beloved Son. Hear Him!” (Joseph Smith History 1: 15-17)

Read more about God-as-individual in my post, “Transhumanist Godhead.”

“Jesus himself stood in the midst of them, and saith unto them, Peace be unto you. But they were terrified and affrighted, and supposed that they had seen a spirit. And he said unto them, Why are ye troubled? and why do thoughts arise in your hearts? Behold my hands and my feet, that it is I myself: handle me, and see; for a spirit hath not flesh and bones, as ye see me have.” (Luke 24: 36-43)

“There is no such thing as immaterial matter. All spirit is matter, but it is more fine or pure, and can only be discerned by purer eyes; We cannot see it; but when our bodies are purified we shall see that it is all matter.” (D&C 131: 7-8)

Read more about God-as-anatomy in my post, “Do I want to be a robot?.”

“For as the body is one, and hath many members, and all the members of that one body, being many, are one body: so also is Christ. For by one Spirit are we all baptized into one body, … and have been all made to drink into one Spirit. For the body is not one member, but many. … Now ye are the body of Christ, and members in particular.” (1 Corinthians 12: 12-27)

“When the Savior shall appear we shall see him as he is. We shall see that he is a man like ourselves. And that same sociality which exists among us here will exist among us there, only it will be coupled with eternal glory, which glory we do not now enjoy.” (D&C 130: 1-2)

“And the Gods took counsel among themselves and said: Let us go down and form man in our image, after our likeness; … So the Gods went down to organize man in their own image, in the image of the Gods to form they him, male and female to form they them.” (Abraham 4: 26-27)

“He might be in all and through all things, the light of truth; Which truth shineth. This is the light of Christ. … and all things are by him, and of him, even God, forever and ever. … The earth rolls upon her wings, and the sun giveth his light by day, and the moon giveth her light by night, and the stars also give their light, … any man who hath seen any or the least of these hath seen God moving in his majesty and power.” (D&C 88: 6-13, 40-50)

“The God of heaven looked upon the residue of the people, and he wept; and Enoch bore record of it, saying: How is it that the heavens weep, and shed forth their tears as the rain upon the mountains? … And it came to pass that Enoch looked upon the earth; and he heard a voice from the bowels thereof, saying: Wo, wo is me, the mother of men; I am pained, I am weary, because of the wickedness of my children. When shall I rest, and be cleansed from the filthiness which is gone forth out of me?” (Moses 7: 28-37, 48-53)

Read more about God-as-environment in my post, “The Universe IS the Neohuman.”

So, wow, how can all of that combined be anything except a bunch of supernatural superstition? Well, I suppose you could just go with “supernatural superstition” and call it a day – in which case, I may be an atheist. But if you want to have a constructive conversation with a Mormon then you’ll need to try harder than that. And there certainly are ways of pulling together the overall gist and thrust of these passages to construct a bridge of understanding – which, once constructed, someone just might walk across.

In that integrative spirit, here’s a possibility, informed of postsecular theology and technological evolution.

Computers used to be huge slow machines in a few centrally controlled warehouses far away. As time passed, they got smaller, faster, closer, and more decentralized, to the point that billions of us now each have more computing power than NASA used to travel to the moon in our own pockets, on our wrists, or even in our bodies.

Assuming computers continue to get smaller, faster, further decentralized, and even more intimately integrated with our bodies, it seems reasonable to suppose that the line between our computers and our anatomy, even the lines between computers and our identities and communities, will continue to blur to the point of becoming invisible. Accordingly, when we imagine the future, it may be a mistake to distinguish between our descendents and their computers.

Superhumanity (superintelligent posthumanity) would BE the computer, and vice versa. In one sense, they could be trillions of individual minds, each computing sublime thoughts that no one today would have the ability to understand. In another sense, these minds could consist of substrate independent information throbbing with life through robust super-biological anatomies. In yet another sense, these bodies may be networked as communities, coming and going and relating, cooperating to create beyond their own capacities. And in another sense, this community could create new environments, simulating and cosmoforming worlds without end in which to cultivate new minds, genuinely creative in their own right.

Maybe these ideas are just science fiction. Maybe they’re supernatural superstition. The only thing I know for sure is that the details will prove to be wrong to some extent as our future unfolds. And yet these ideas point beyond themselves, perhaps to approximate something very real. Maybe, however partially or poorly, they reflect an abiding esthetic that would provoke us onward and upward to our potential.